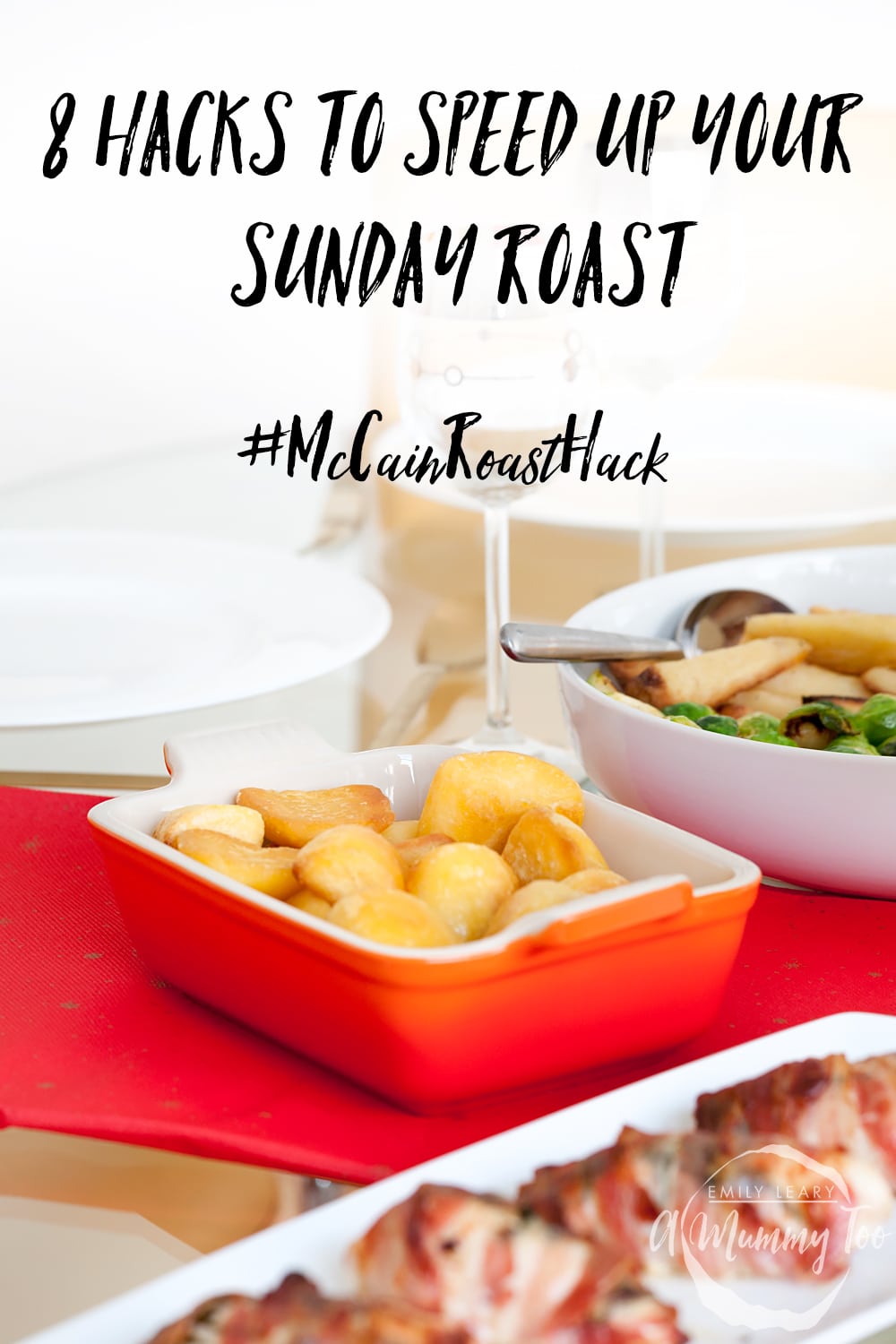 Did you know that the number of Sunday roasts consumed in Britain fell by 4% (1.43 billion) in 2015? McCain asked the nation why, and 72% of us said that we avoid cooking a roast because it simply takes too long. In fact, the roast dinner is cited as the most difficult meal to cook by Brits, which is a shame as it’s a favourite family meal for over a third of the nation.

Two of the biggest concerns facing Brits when cooking a roast is getting the meat right and nailing the timings, so I’ve teamed up with McCain to bring you eight ingenious hacks that will make cooking your next roast faster, easier and even more delicious. Watch!

1. Roast Chicken in a Flash

Instead of battling with a whole chicken, buy a pack of good quality chicken breasts. Top with butter and tarragon, wrap with pancetta and roast. They’ll be much quicker to prep, quicker to cook, and everyone gets a nice, equal portion with no waste

Buy a bag of pre-chopped mixed veg from the fridge aisle. Toss into a roasting tray, drizzle with oil and honey. Roast. Boom. It’s cheap too if you buy the reduced bags towards the end of the day. 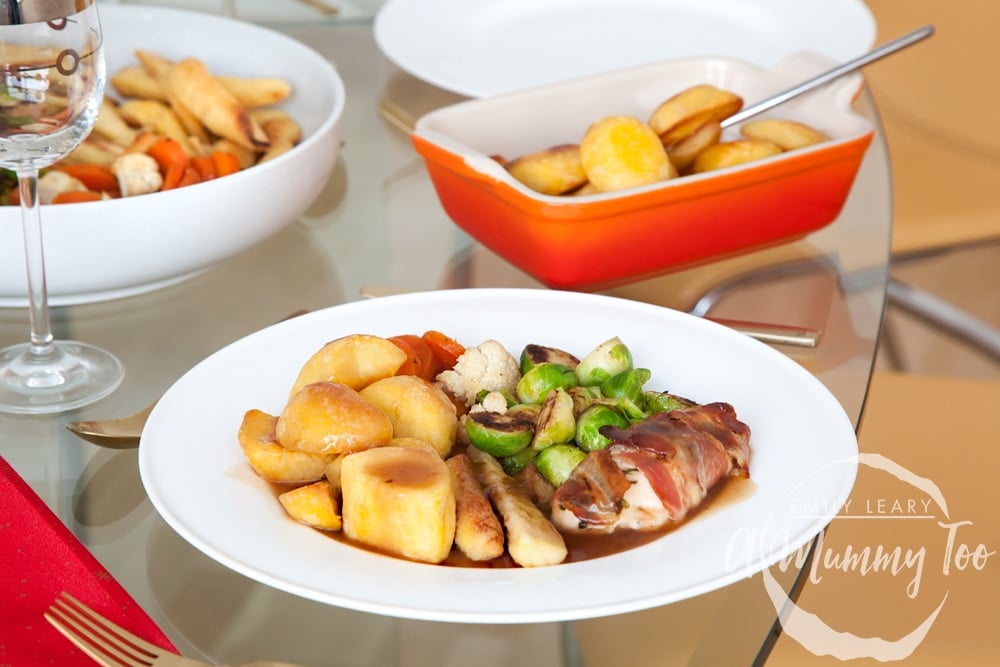 Halve and pan-fry your sprouts in salted butter – they’ll be ready in 5 minutes. It’s tidier, quicker, tastier and much less steamy!

Turn your store bought gravy into something really special. Fry a slice or two of streaky bacon, add some gravy powder and water. Simmer. Done! the flavour will be really special, as all the juices from the bacon will release into the gravy.

Time spent constantly adjusting the temp of you hob is time wasted. Pop a wooden spoon over the top of your pan of veg so it doesn’t boil over the top and spill everywhere.

If you are running out of pans and having to wait for one element to be done before you can cook another, a throw away roasting pan can be a saviour. You’ll cut down on the washing-up too. 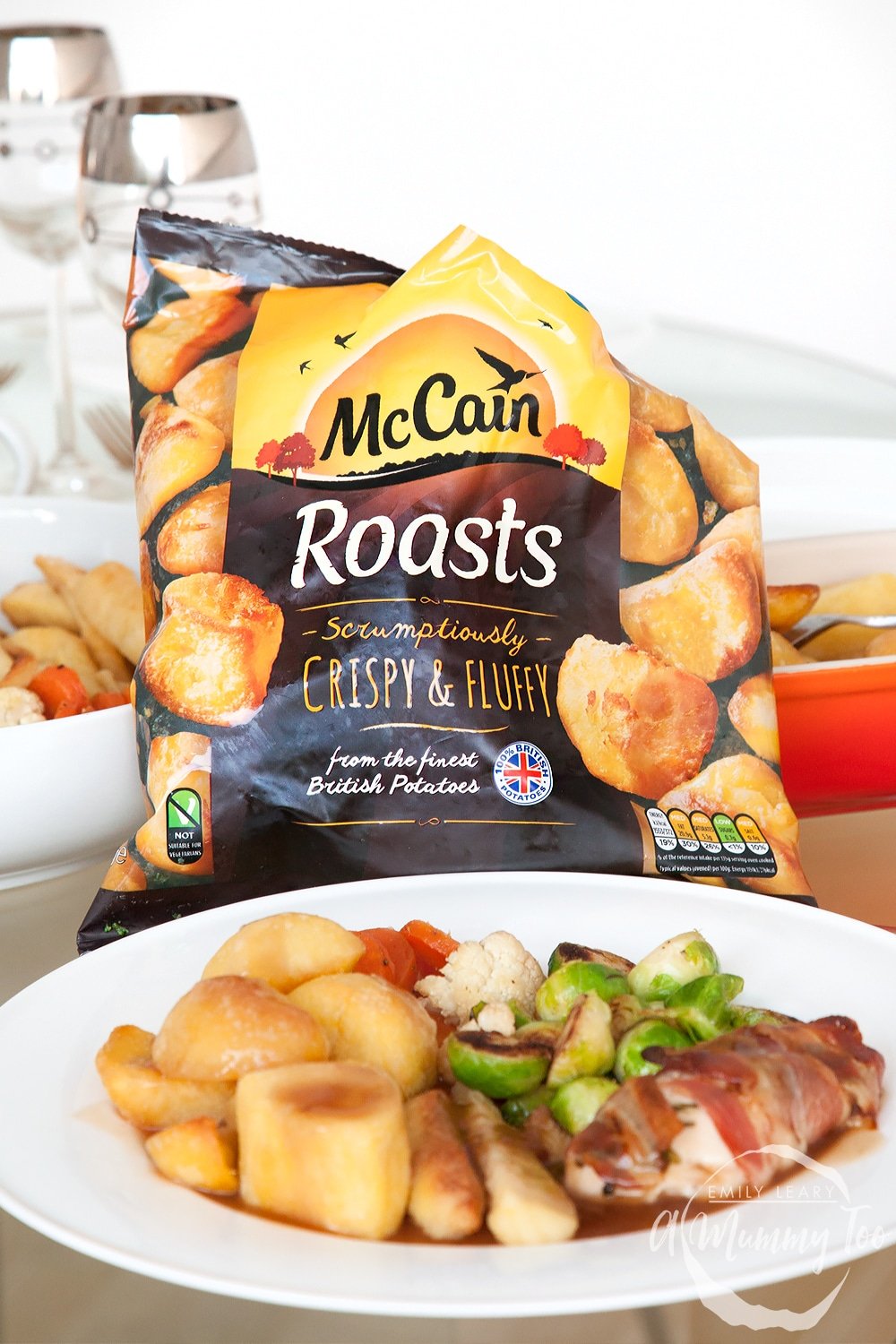 Use McCain Roast Potatoes instead of making them from scratch. They are made the same way I would make mine: peeled, chopped, softened and even basted in beef dripping for a homemade taste, unlike other frozen roasties which tend to be battered.

All of hassle has already been done for you – what’s not to love!? You can just pop them onto a hot tray, into the oven and they are ready in 30-40 mins. Nobody will know the difference.

To save time serving up, take everything to the table in warmed serving bowls. It’s easier and more of an occasion to let people plate up their own meals, and it can turn a simple roast into a real occasion.

Now go forth and roast!

If you’re feeling inspired to cook your own roast this Sunday, there are lots more tips to discover. Follow @McCainUK on Twitter and search for the #McCainRoastHack hashtag for lots more inspiration.

This is a commissioned post for McCain Roasts. * Kantar research shows in 2015 the number of Sunday roasts consumed fell by 4% (1.43 billion). One Poll data shows 72% of Brits avoid cooking a roast because it simply takes too long.

Ebook Includes 6 full recipes plus lots of activities to keep the kids entertained!