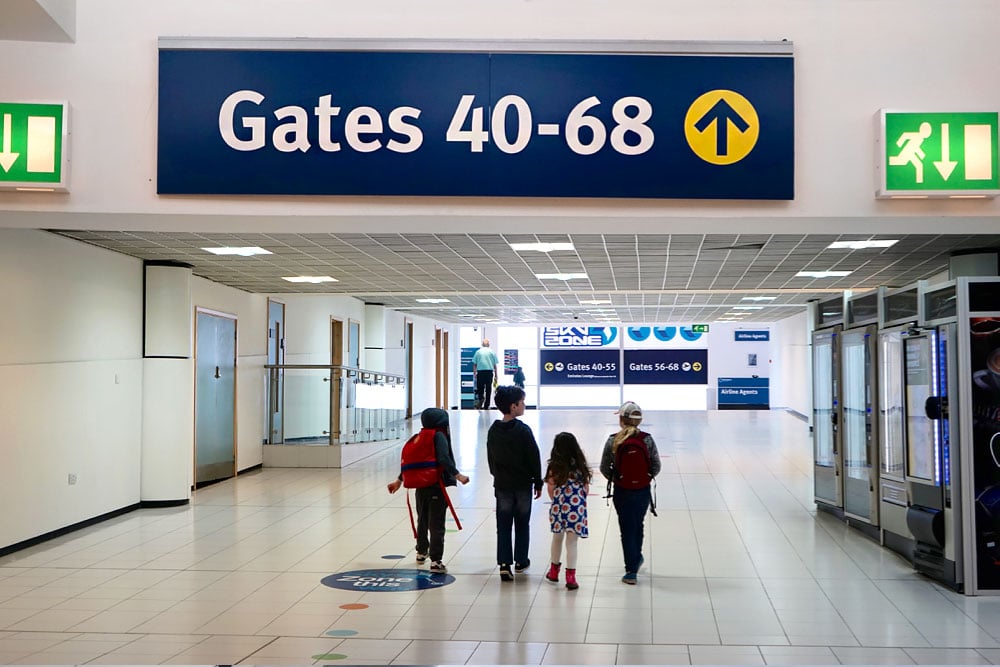 Just over a fortnight ago, we jetted off to Amsterdam with KLM for a family adventure. Along with Penny from Parentshaped and her family, the plan was to experience all that Amsterdam has to offer families in a fun-packed, whistle-stop weekend. 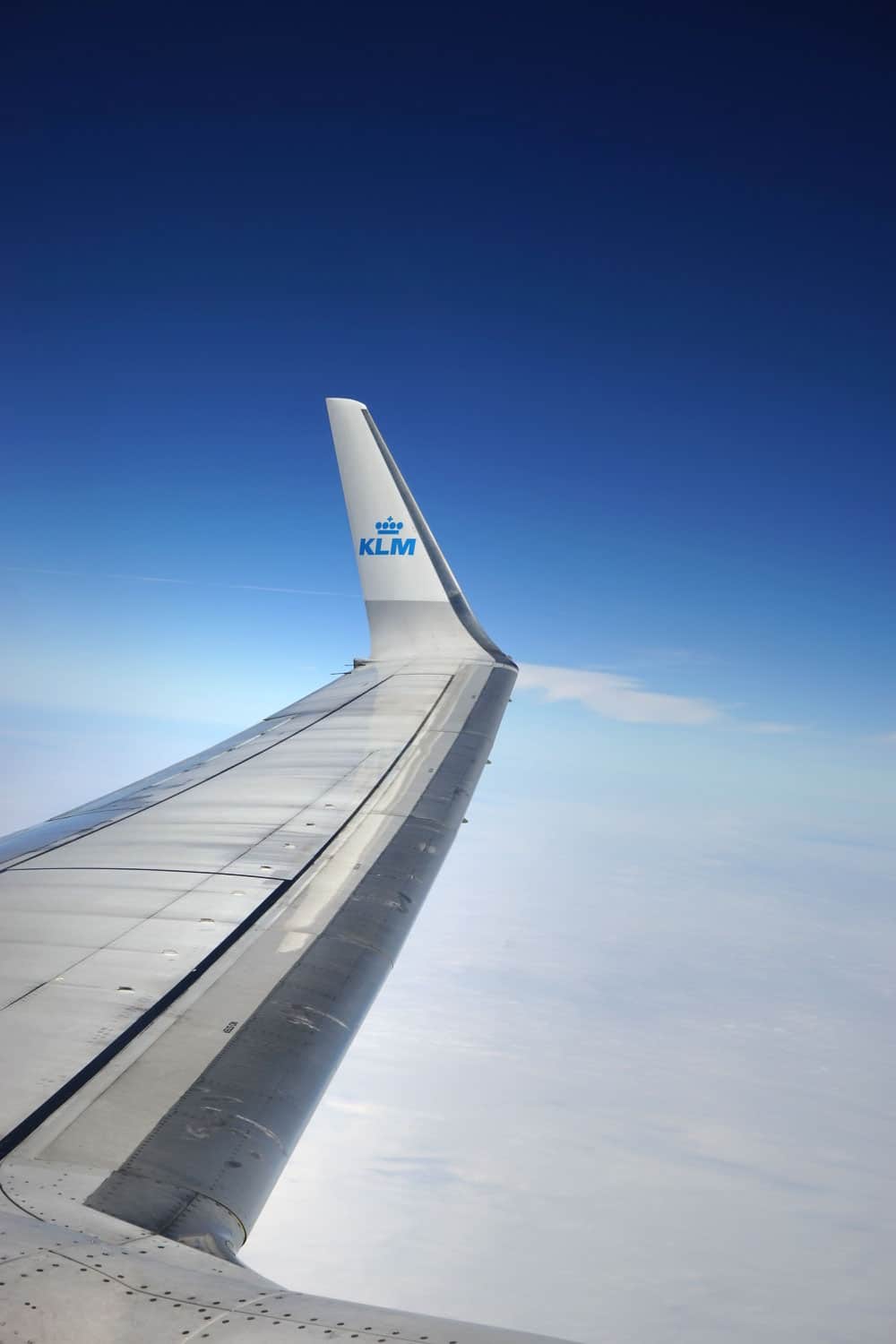 It’s always so much easier to fly from an airport close to home, particularly if you’re travelling with kids.

KLM offers regional departures from a wide range of UK airports, so you don’t have to worry about the extra logistics of travelling long distances before you even get on the plane. Everyone in our part flew with KLM from Birmingham on Thursday morning…except me! Due to work commitments, I caught a later flight and joined them on Thursday evening.

So what was it like flying with KLM? Pretty great actually. Mark called me in the morning to let me know that everything had started off well with a smooth, quick check-in. Birmingham airport has plenty of shops and cafés, so far from being restless, the kids played and chatted amongst themselves and everyone kept busy while waiting to board. 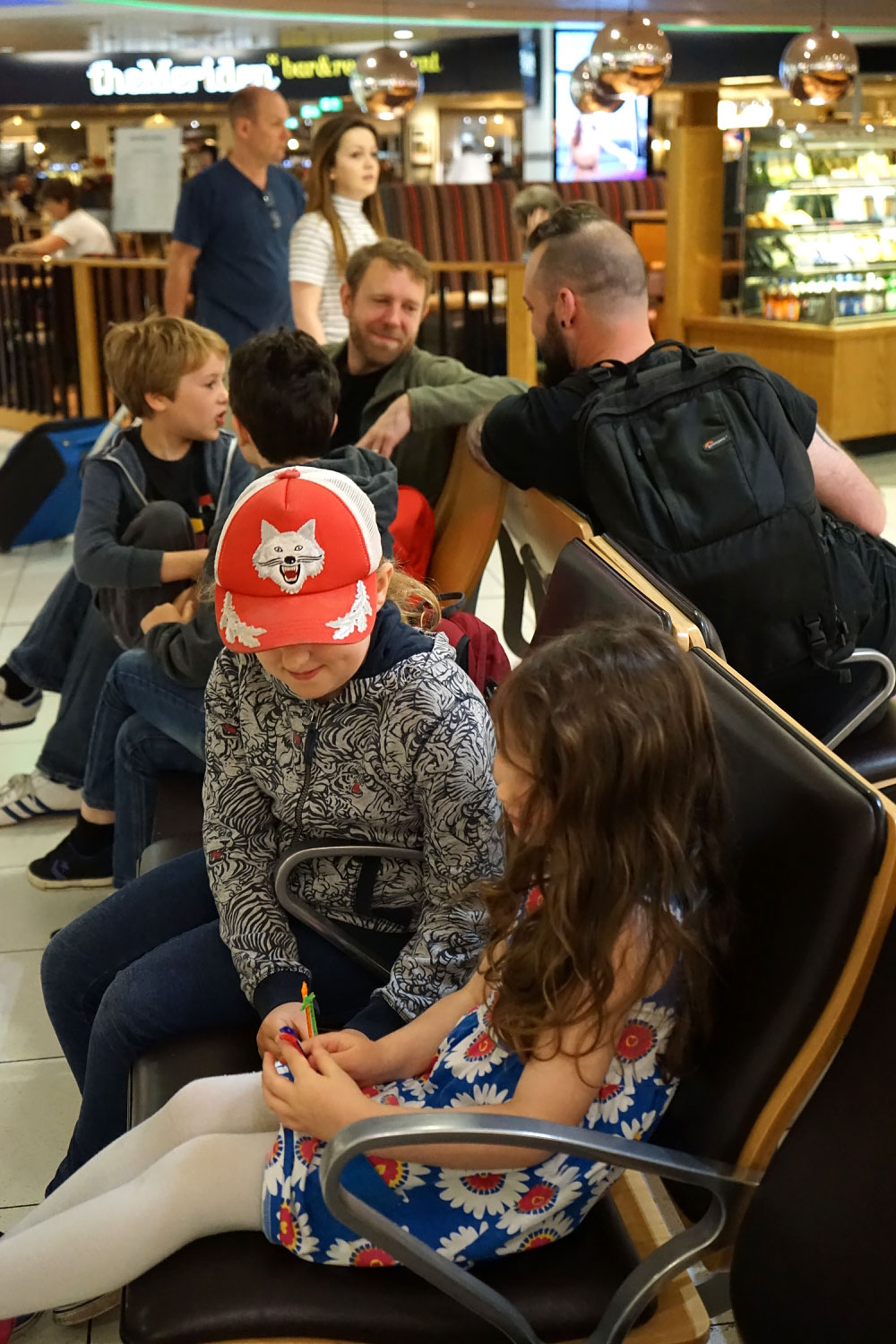 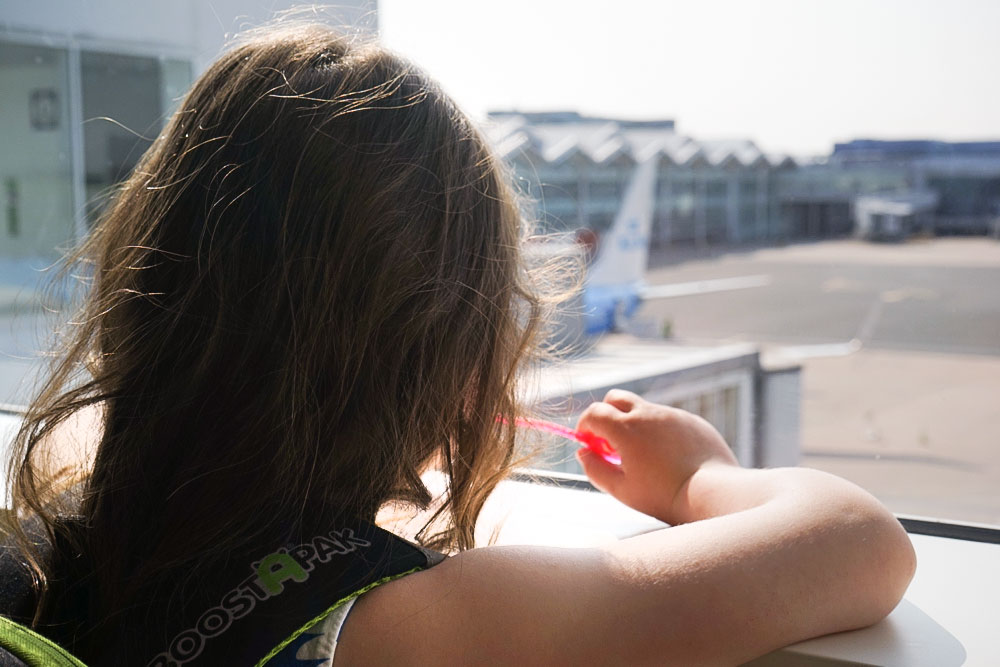 Boarding the flight, there was a warm welcome from the super-friendly cabin crew. Once everyone was settled, the kids were given free activity packs to keep them busy during the flight. 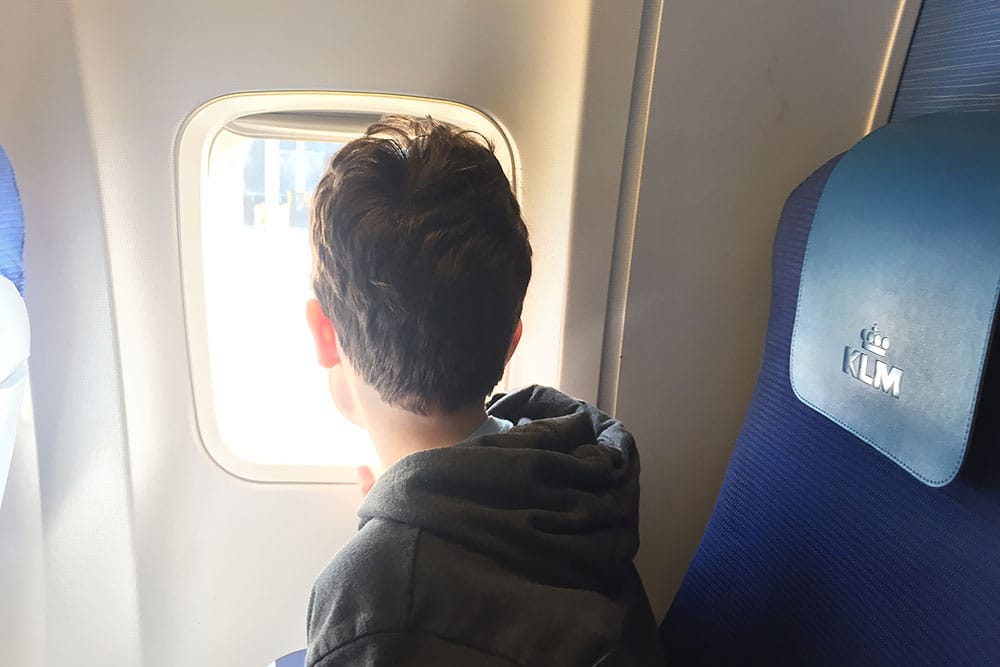 All passengers were also provided with a snack and drink free of charge. These may seem like small things, but when you’re travelling as a family, not having to pack lots of drinks, snacks and toys in your hand luggage makes a big difference to the stress levels. KLM have obviously worked out that keeping the kids happy and entertained creates a good experience for all passengers. 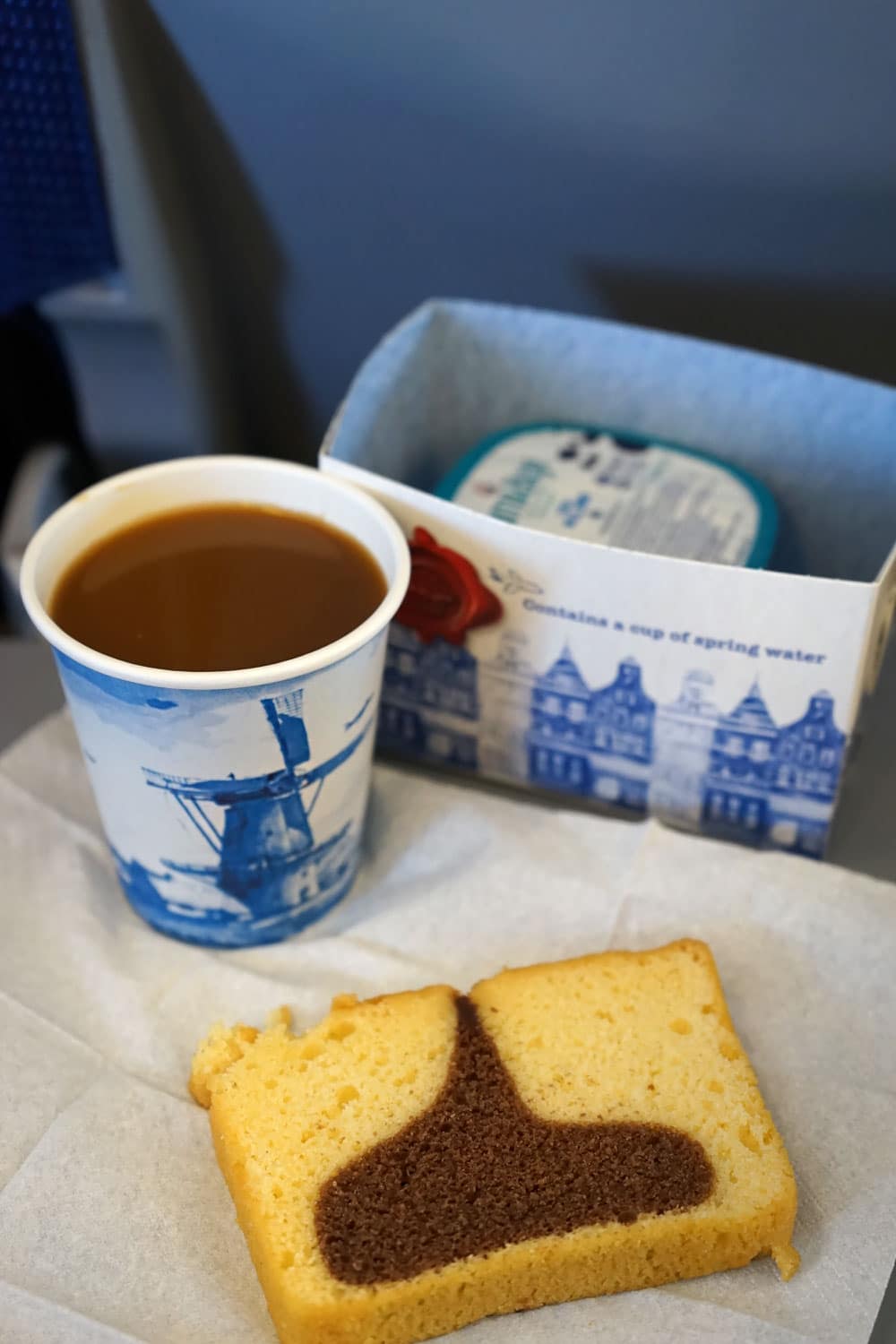 The flight left on time, was comfortable, and arrived promptly at Amsterdam’s Schiphol airport. I had an equally positive experience a few hours later, my sixth time flying with KLM and as hitch-free as ever. 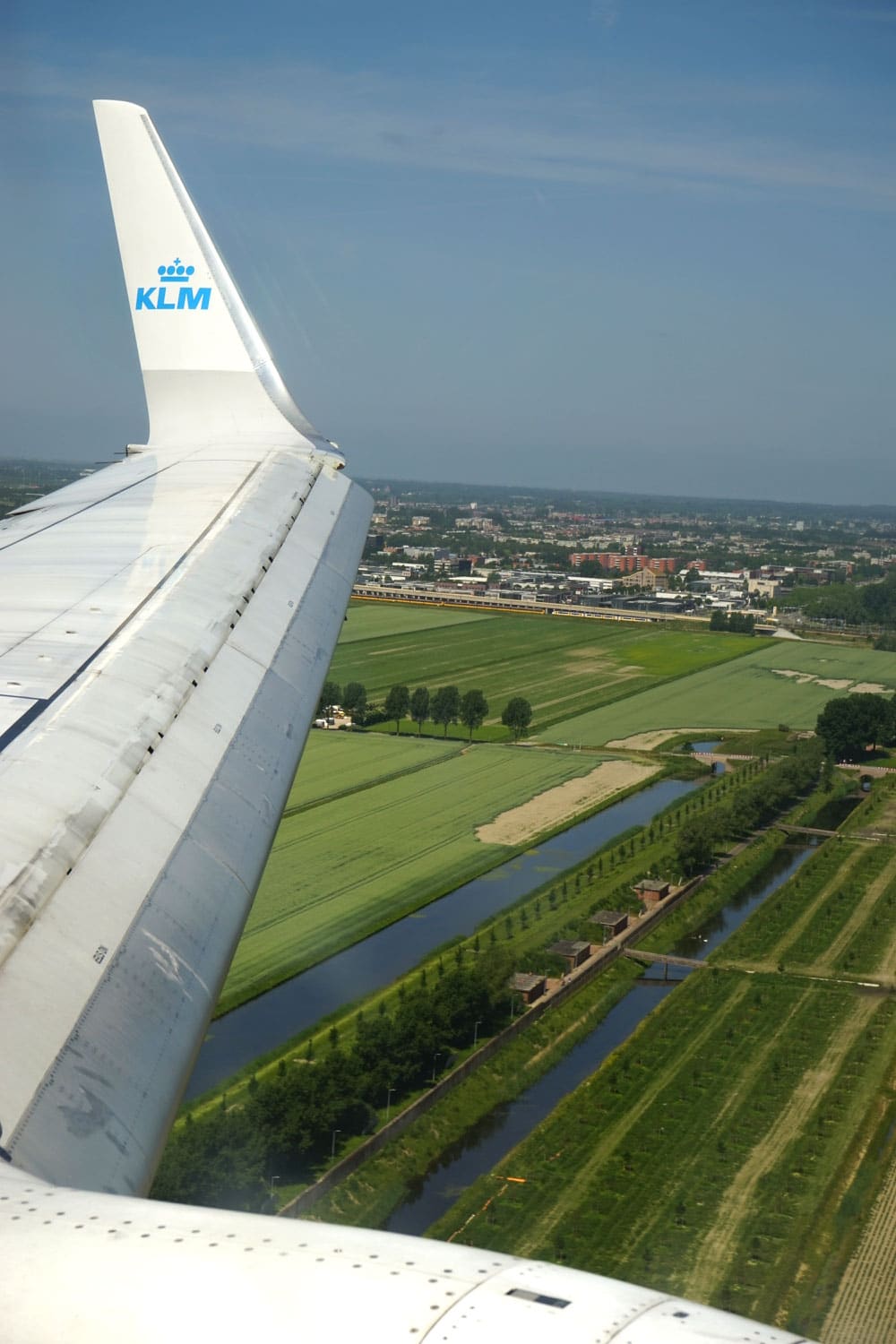 Schiphol is the hub for all KLM UK flights, meaning passengers land there first, and from there can catch their connecting flights to all sorts of other destinations all over the world. We weren’t travelling on another flight on this occasion, but I’ve transferred flights at Schiphol before and it’s so easy. You don’t have to collect your bags in most cases, you simply go to the boarding area for your next flight; it’s all very quick and simple.

Once luggage had been collected, both families headed outside to catch a bus to the hotel. Again, Schiphol makes it really easy for you; the buses stop right outside the airport doors, and the journey into the city only takes around 25 minutes, stopping very close to our hotel.

I took a cab when I arrived later that evening and I have to admit I was a little concerned it would difficult to sort transport so late at night, especially as I don’t speak a word of Dutch. I needn’t have worried – as soon as I exited the airport, I spotted the taxi rank opposite and joined the queue. Within minutes, a member of airport staff hailed a cab for me and I was on my way to the hotel.

On the way home on Saturday, we caught a bus from opposite the hotel without issue. Arriving at Schiphol airport, once again security was quick and well-organised, and there were some great shops to explore, including a bookstore and a stationery shop which both had English signage. We had great fun buying notebooks, pens and other keepsakes before boarding.

Our whole experience of flying with KLM was decidedly positive. As any parent will tell you, travelling with children can be really stressful, but from start to finish we felt relaxed.  Thanks to their regional departures, hassle-free on-board experience and smooth transfer through Schiphol airport, we arrived at our hotel feeling chilled-out and ready to explore the city and arrived home in good spirits.

Stay tuned for tomorrow’s post, following our adventures on a treasure hunt around Amsterdam!

We flew from Birmingham airport as guests of KLM to their hub at Schiphol Airport, Amsterdam. Our flights were complementary, but return flights with KLM UK from Birmingham to Amsterdam start from just £79 per person, though with KLM you can fly from over 17 UK based airports to reach Amsterdam. Un-watermarked images are courtesy of Penny!