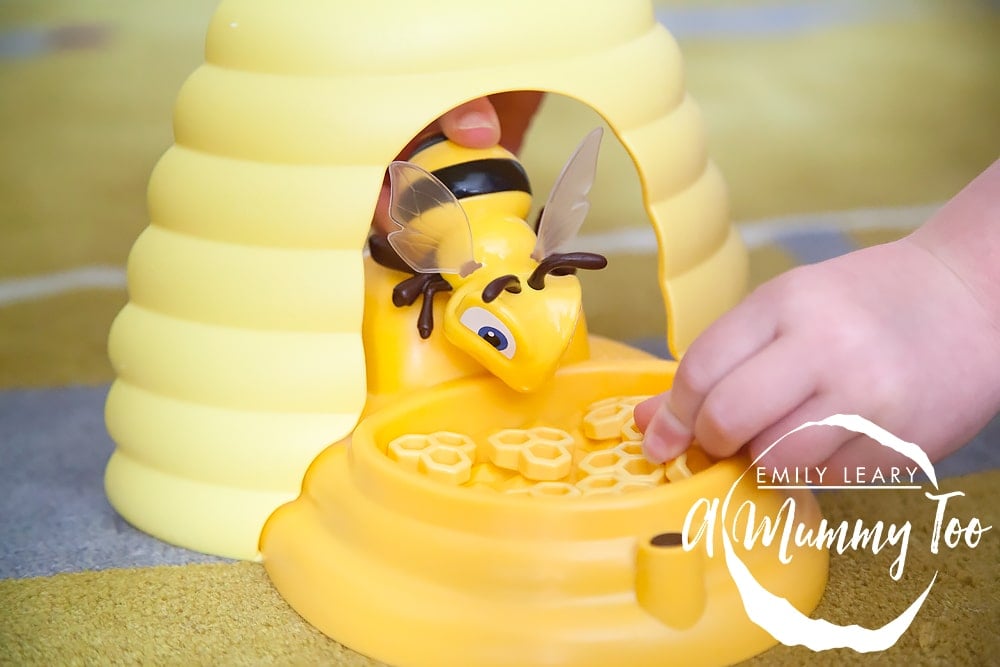 Which family games are favourites in your house?  While we’re all big fans of technology, we also love the more traditional, hands-on game format, and have quite a selection of board games, card games, and against-the-clock style games that we regularly enjoy together.

Family games offer a great way to spend some fun time away from screens, and if there’s an element of gentle competition or surprise, then so much the better!

We’ve been trying out a new game, Beehive Surprise.  It’s part of the Elefun & Friends range from Hasbro, and involves suspense, tactics and a good dose of noisy fun.

Beehive Surprise can be played by 2-4 players, from age 4 upwards. There’s a small amount of assembly required before you can play (you also need 3 AA batteries which aren’t included), but it only takes a couple of minutes to get the game setup. 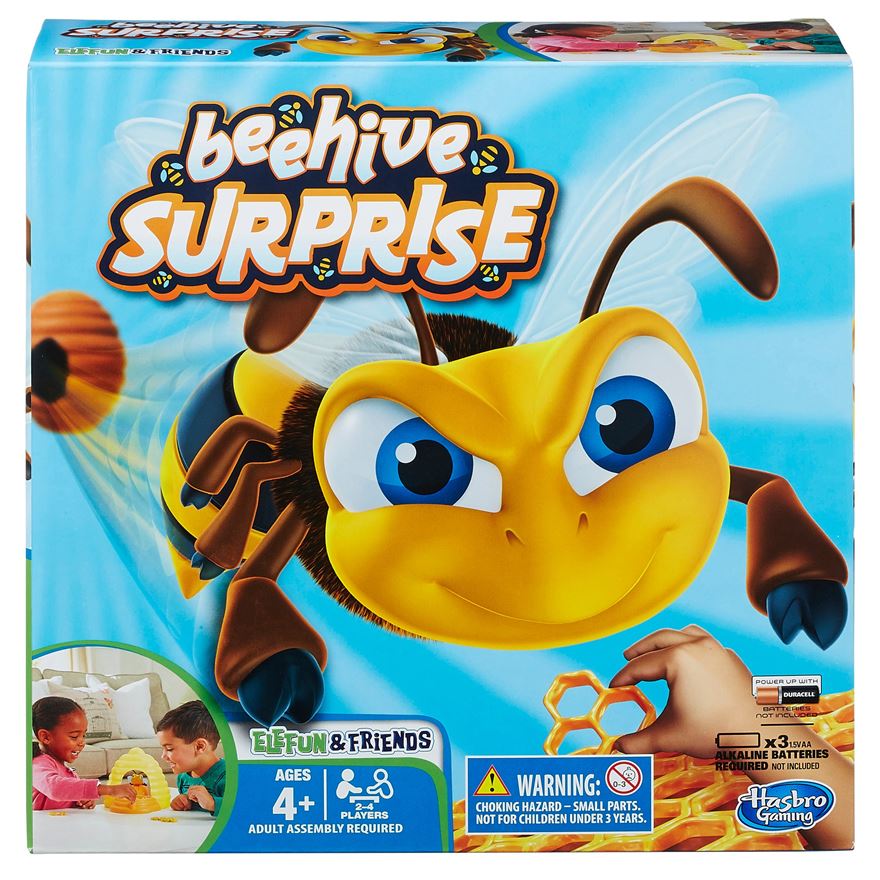 The aim of the game is to trick the bee by sneaking the pieces of honeycomb out of the hive without getting caught. Obviously the idea of getting away with something is hugely appealing to kids, and mine were very keen to see just how far they could go.

You play the game by taking it in turns to grab a piece of honeycomb from the honey hive. When you reach in, the bee buzzes and vibrates. You need to be quick because at some point, the bee will have had enough and will jump out at you; if this happens to you, you’re out. The last player who hasn’t been caught is the winner.

I like the fact that the game is super quick to reset – you just push the bee back into his hive and put the honeycomb back in position before pressing the button to get started on a new game – this means the kids aren’t hanging around waiting to play, which keeps things fun.

The game is really easy to play, and my kids quickly got the hang of it. You can play a complete game in a couple of minutes, so it’s perfect for little ones who struggle with longer games; you can also play a ‘best of’ tournament quite quickly too.  Older children aren’t necessarily any better at it – it seems to be a matter of luck, mostly – so it’s great for keeping things fair as well.

We’ve really enjoyed playing Beehive Surprise; it’s quick, noisy and fun, and the surprise element gives every game a bit of excitement.  Do you think your family would have fun with it?

Beehive Surprise retails at £19.99 from all good toy stores and online.

For the chance to win a Beehive Surprise game for yourself, simply complete the widget below.

Hasboro provided the game for review and giveaway