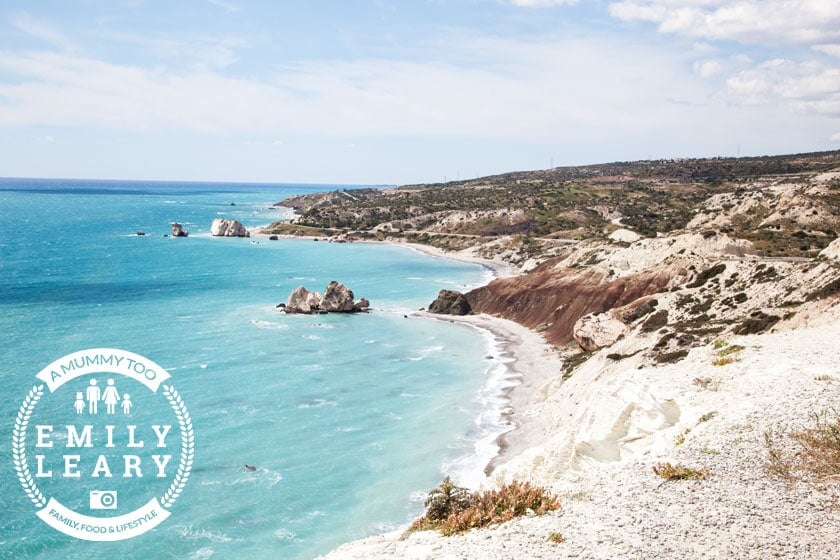 Earlier this year, the kids and my mum packed our bags and flew out to enjoy a perfect James Villas holiday at Aphrodite Hills, Cyprus.

We had an unforgettable time on resort (please do read all about that here) but we also took time to explore further afield.

Although Cyprus is a relatively small island, there are lots of great things to see within a fairly short drive of the resort (many 90 minutes or less away), so we hired a car and headed out every couple of days, heading wherever the wind took us. 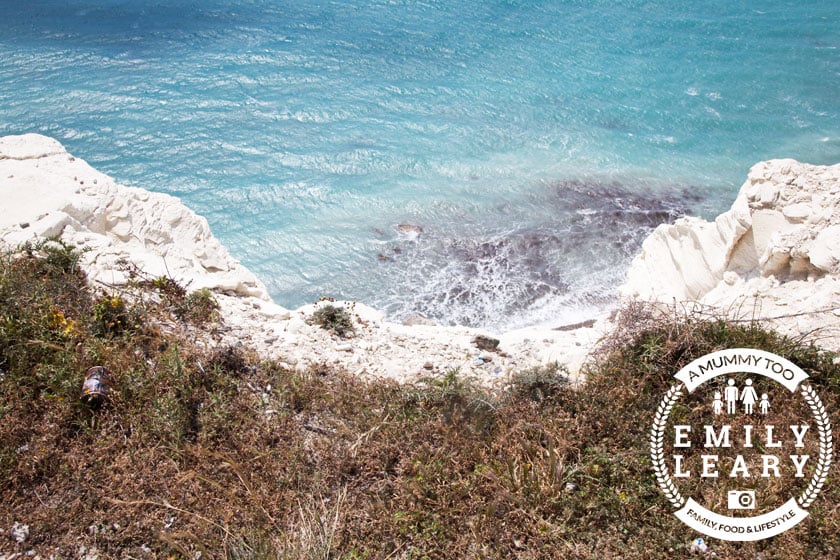 The James team briefed us well and armed us with plenty of maps and guides when we arrived, so we felt like we had plenty of adventures to chose from. 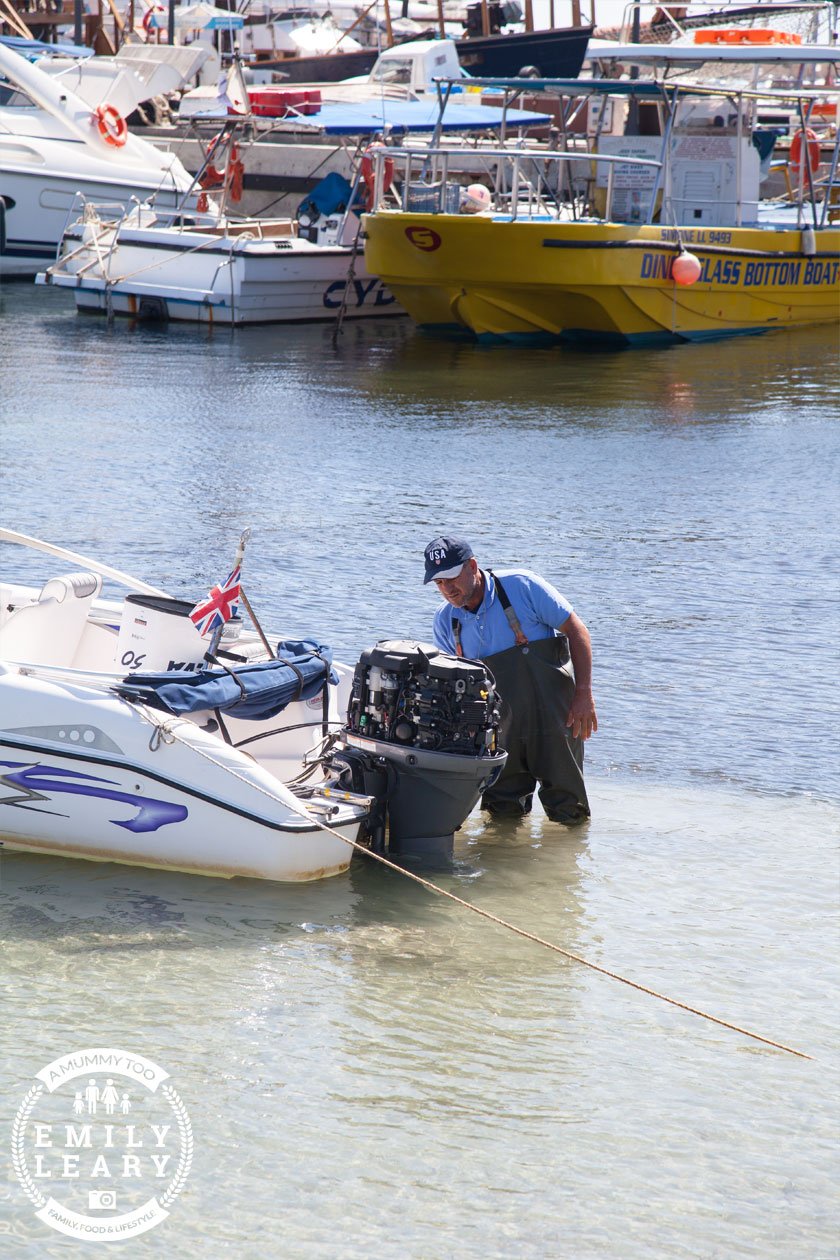 The coastal city of Paphos is less than 30 minutes drive from Aphrodite Hills, and we'd heard that you could dine on the seafront near the old port, so off we went.

Paphos Harbour turned out to be a very tourist-friendly place. It isn't used for shipping anymore, and is pleasingly peppered with a wide variety of restaurants and shops.

We parked up near the ruins of Paphos Castle, which dates back to the 13th century and is still being excavated Archaeologists. Paphos was the capital of Cyprus during the Roman era so exciting discoveries are still being made to this day. We stopped and read the signs, spotting lizards darting between the crumbling stones. 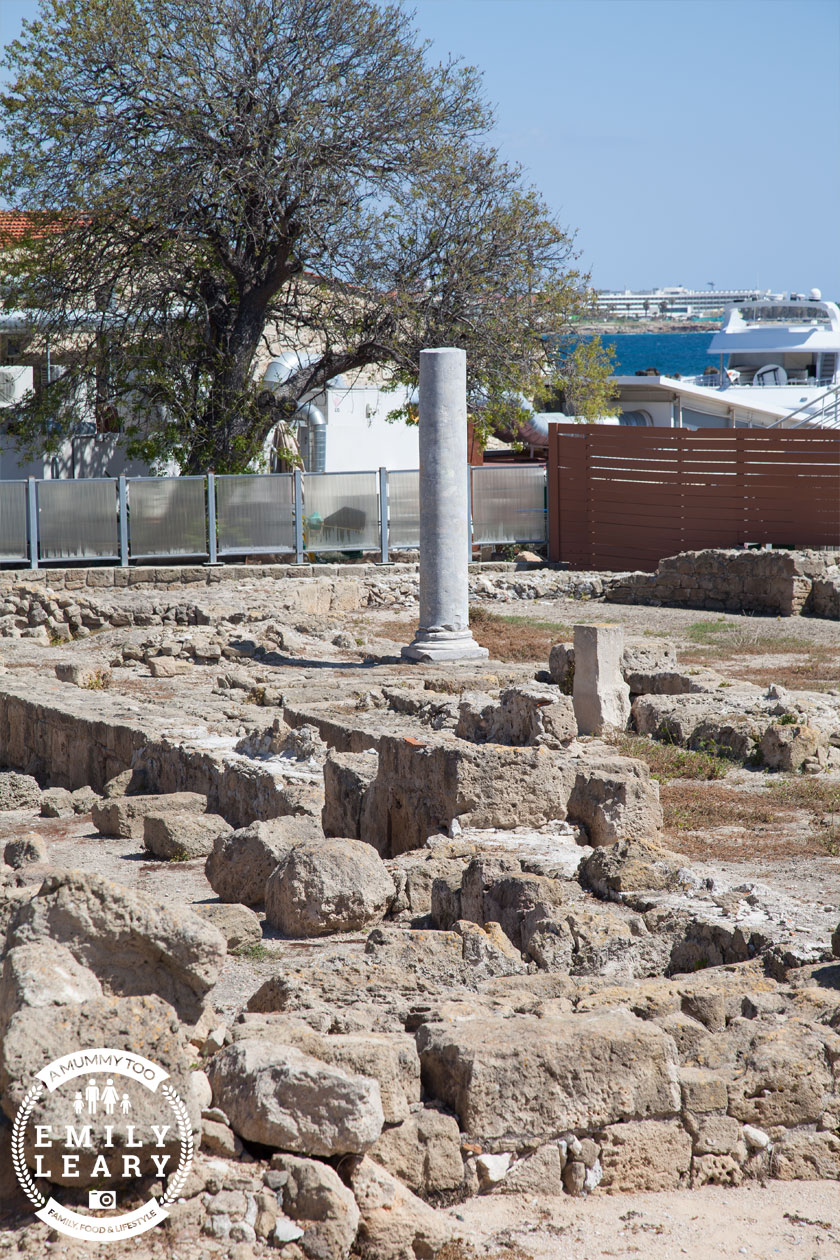 Next, a short walk and we reached the harbour. 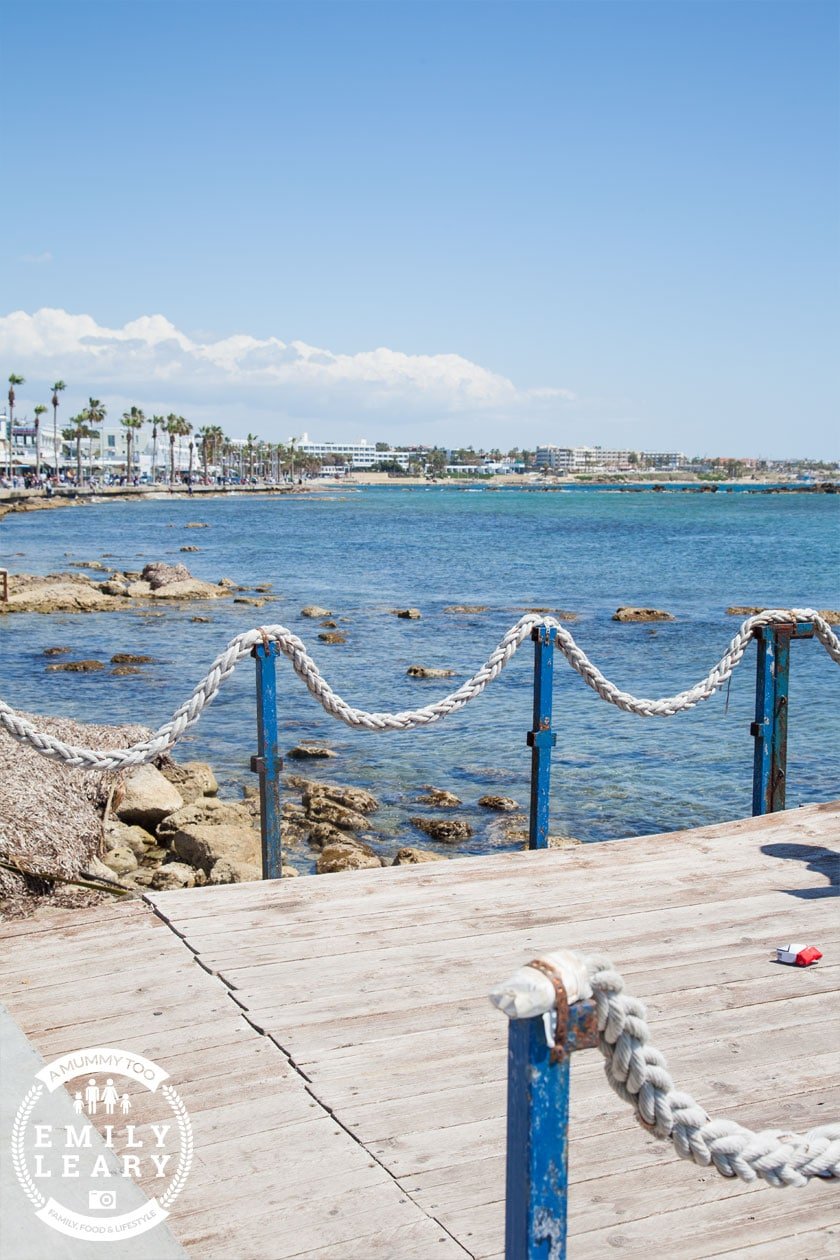 Having been swimming that morning at our villa, the kids were ravenous so we grabbed seats at a restaurant right on the pier, with the sun on our faces and the water lapping beneath us. 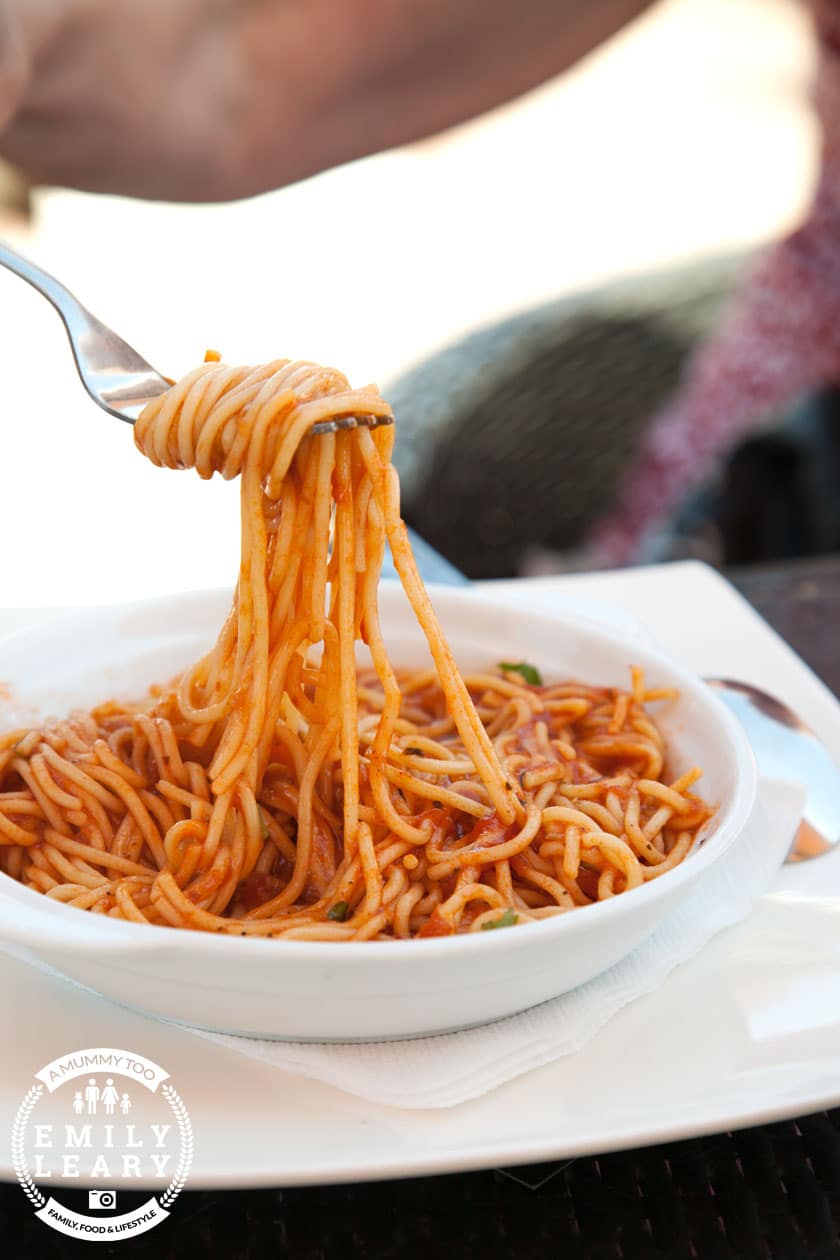 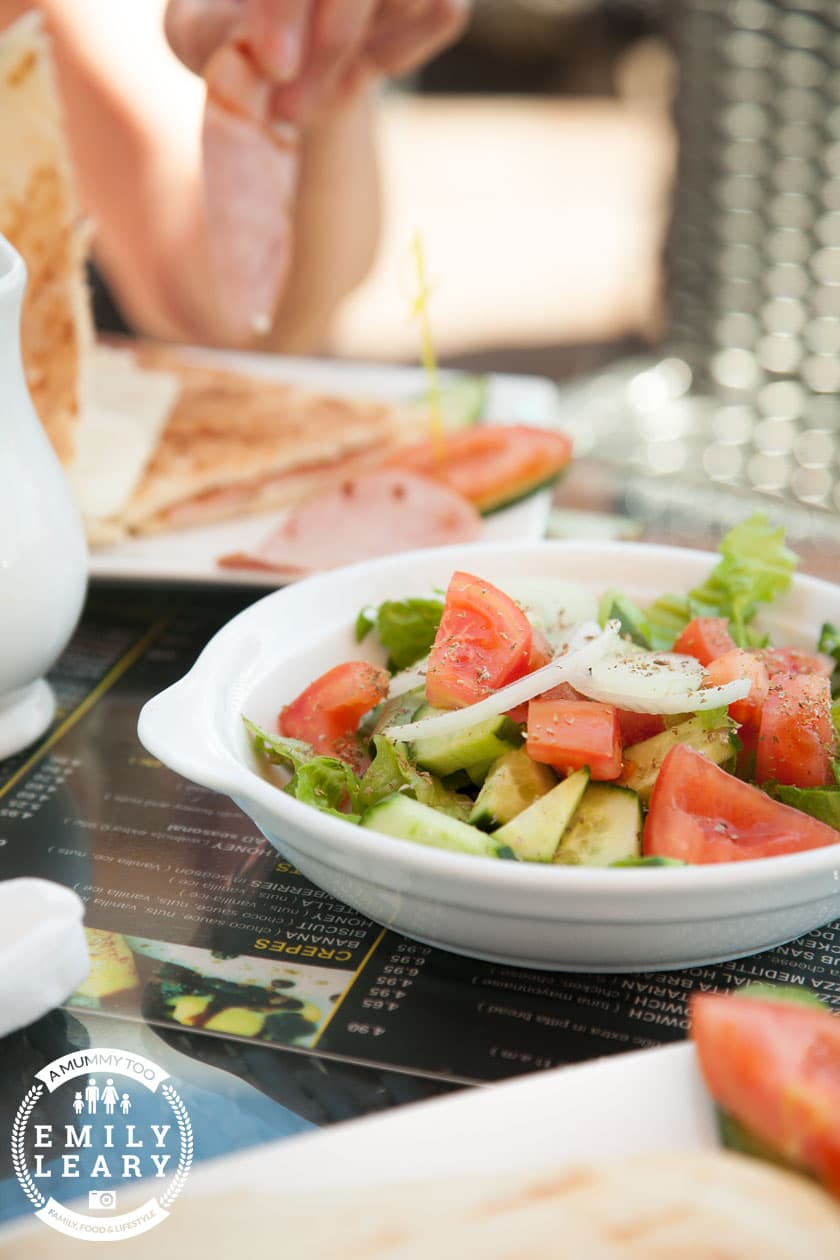 Calm and sated after a good meal, the kids were ready to explore. I wasn't sure what there would be for them to do, but I needn't have feared as they found themselves a good 45 minutes of entertainment skimming stones across the calm sea.

They roped my mum into the action, handing the biggest stone to her while I sat and admired the blue skies, marvelling at how idyllic it was to watch the children laughing and shrieking with my lovely mum. 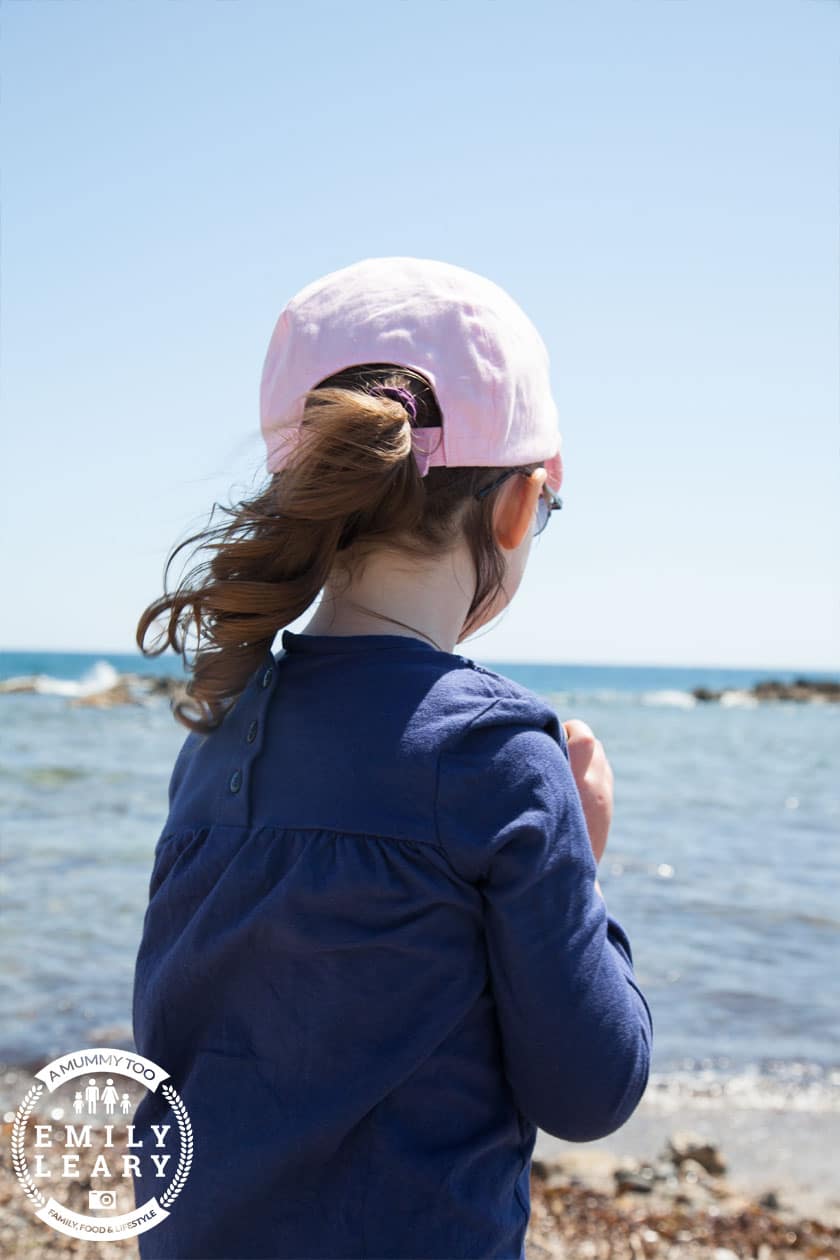 We walked up and down the main harbour a few times, peering into the local shops and weaving through the crowds before treating ourselves to gorgeous ice creams. 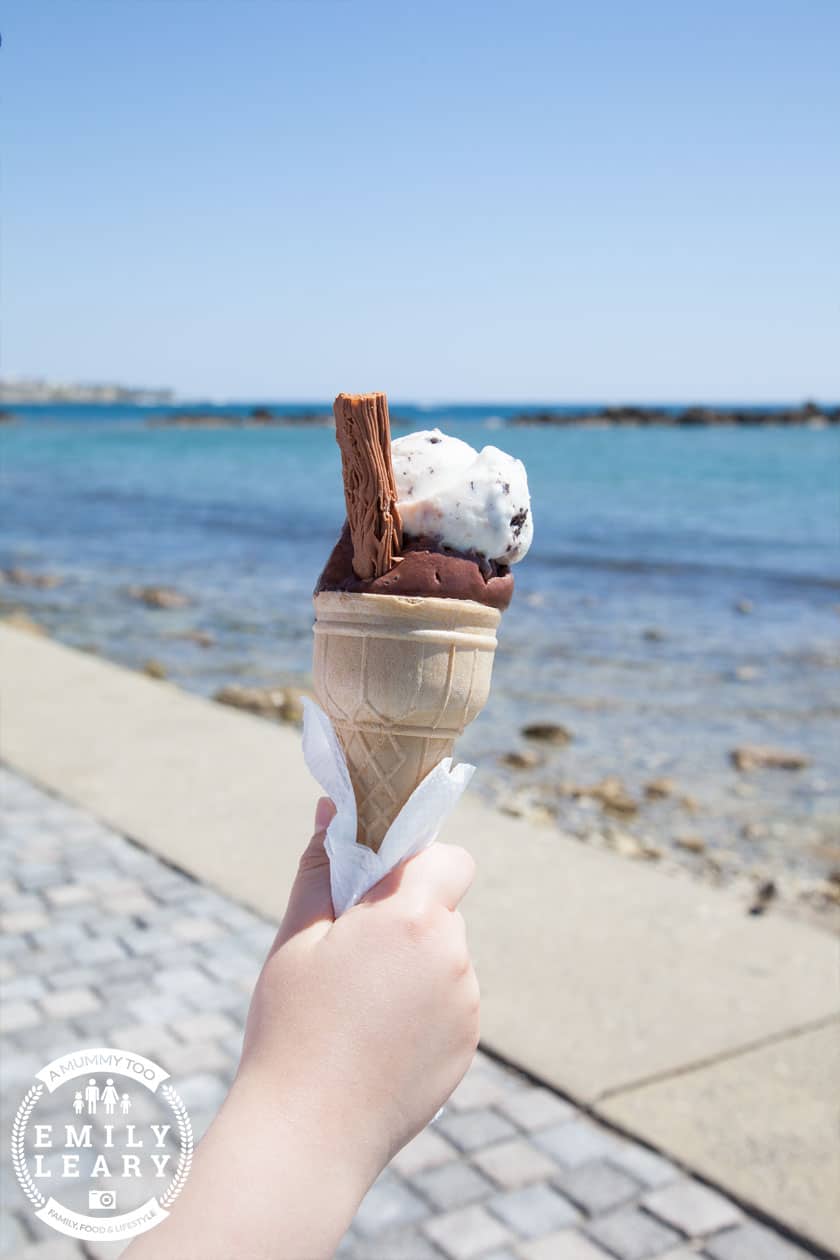 When we felt ready to leave the harbour, the kids were still in the mood to explore. JD recalled a poster for Paphos Zoo that he'd seen at the airport, so after a quick Google search for directions, we were on our way. 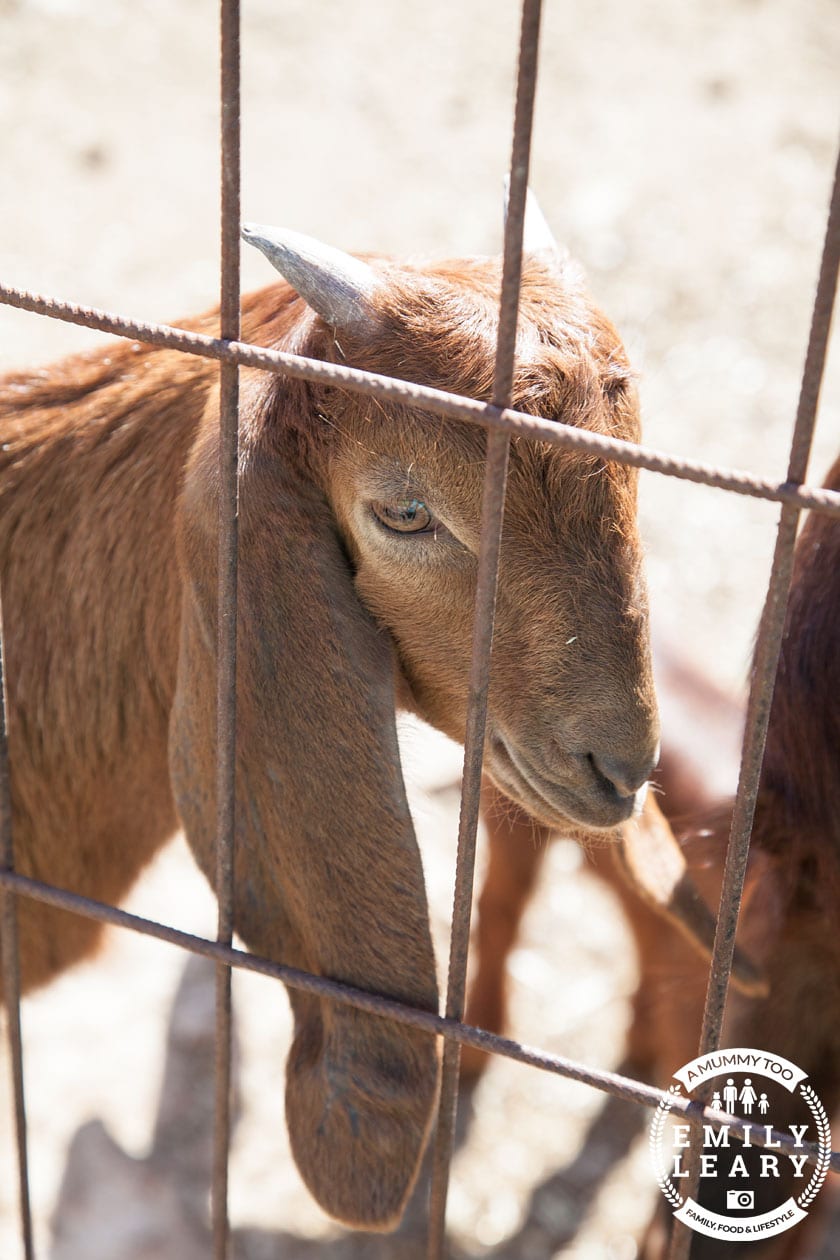 Before Paphos Zoo was opened to the public, it was a conservation area covering over one million square meters of land. 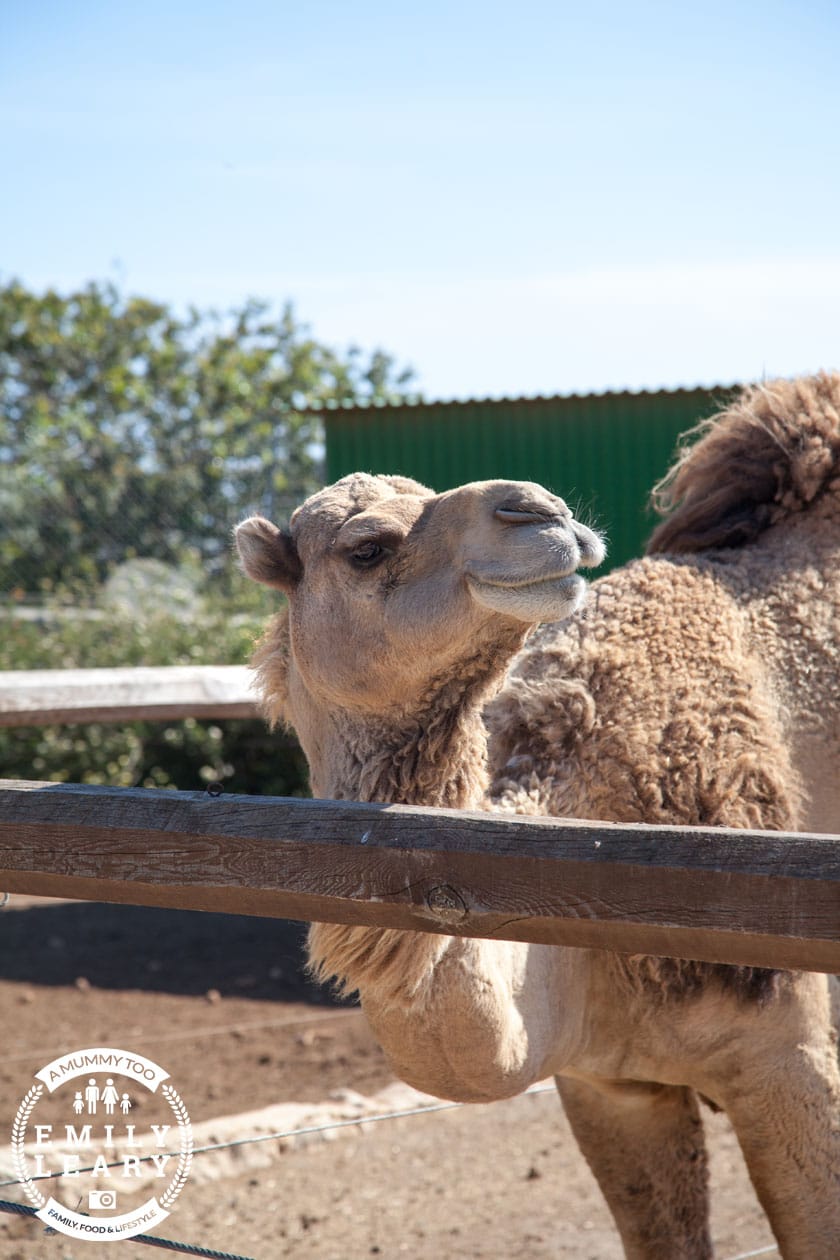 Today, it's home to the world’s largest private collection of birds along with myriad other beautiful animals including giraffes, monkeys, meerkats and tortoises. 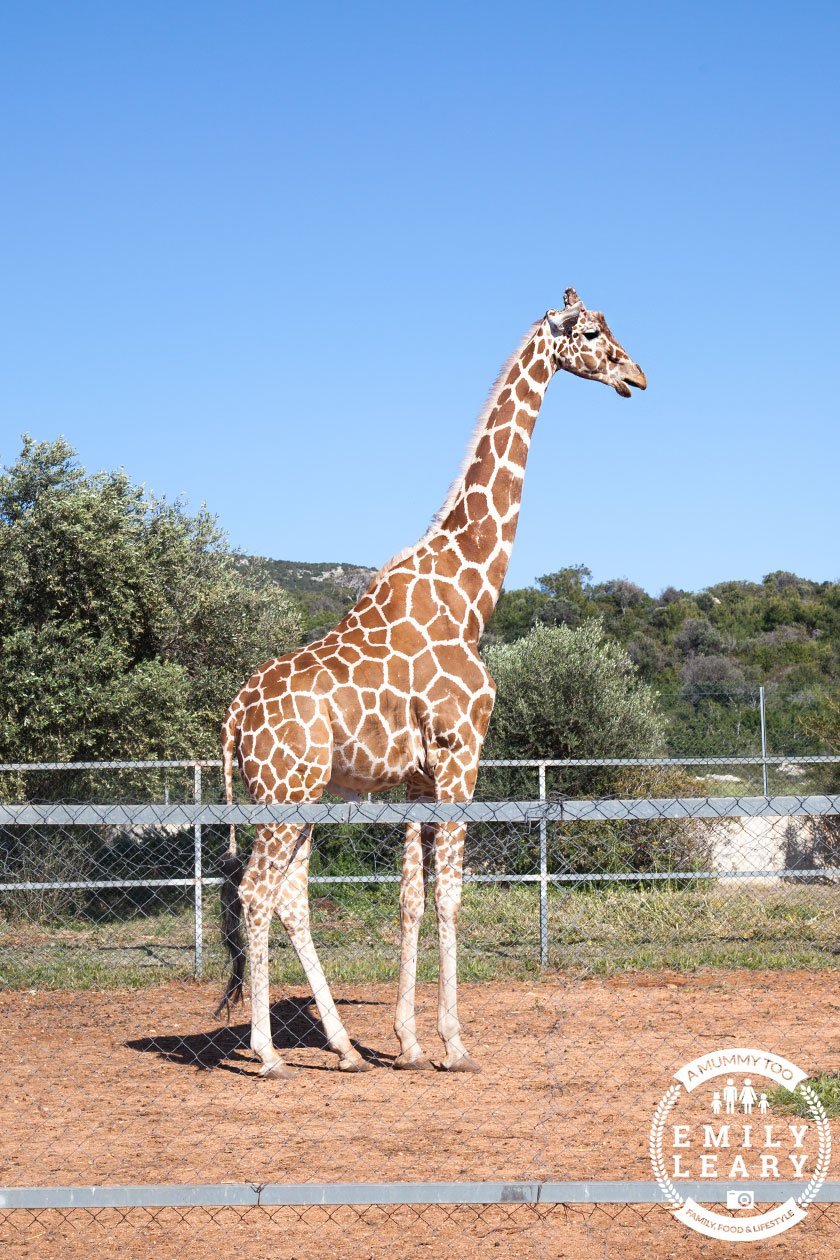 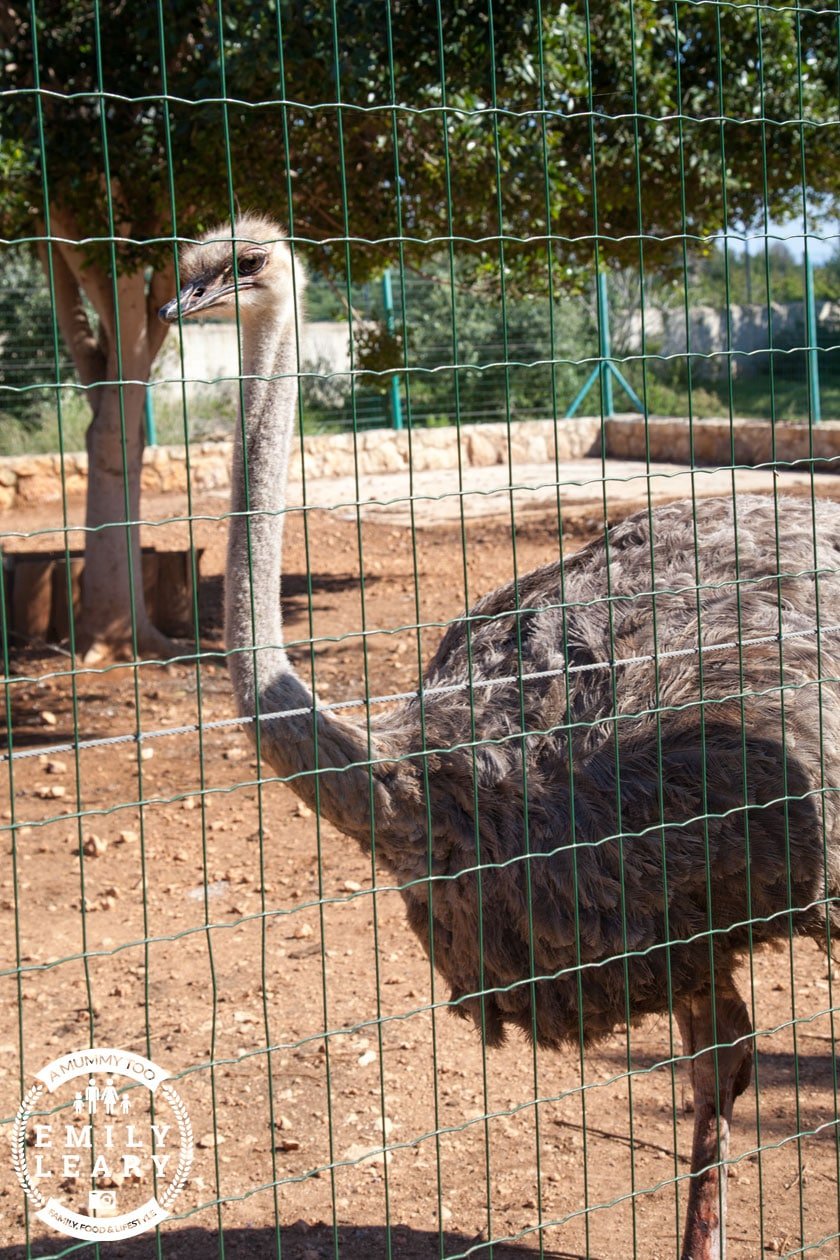 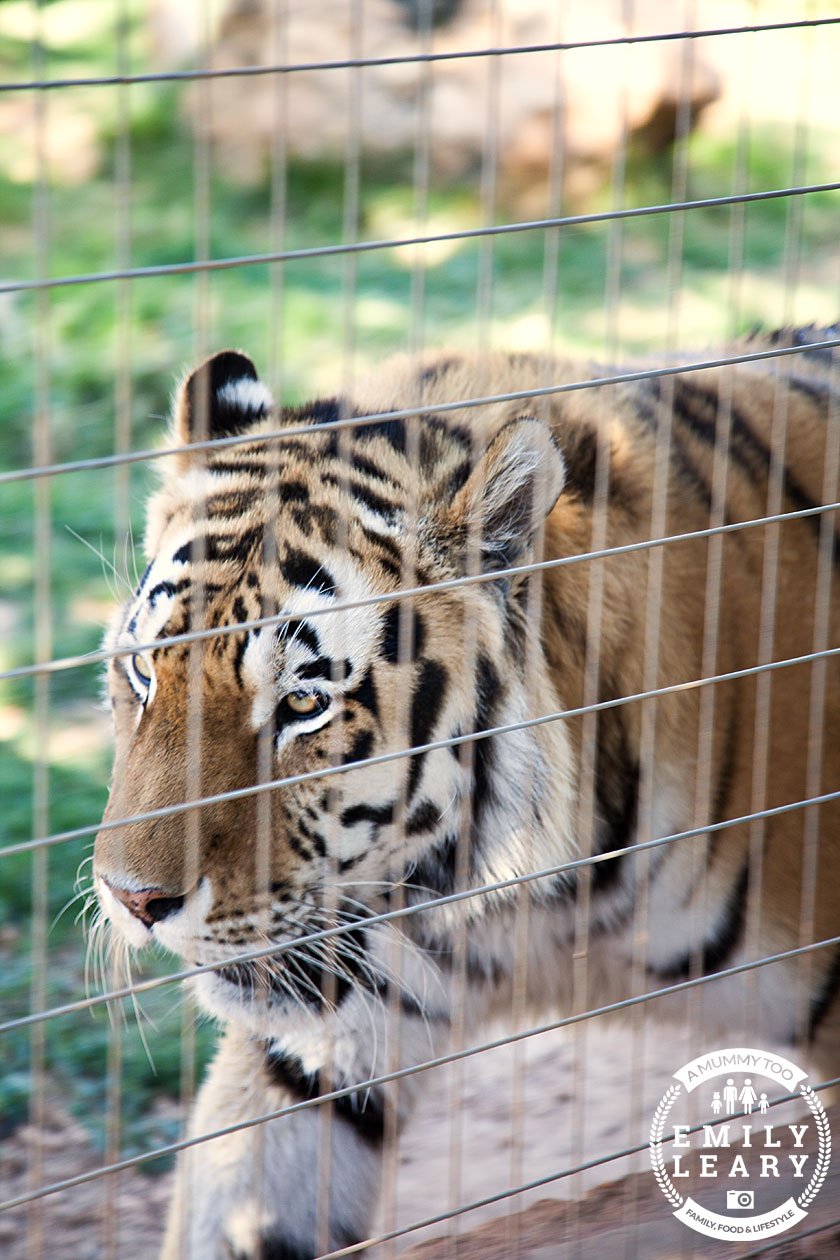 There’s also a petting zoo so the kids can meet and interact with some of the tamer, more friendly animals. 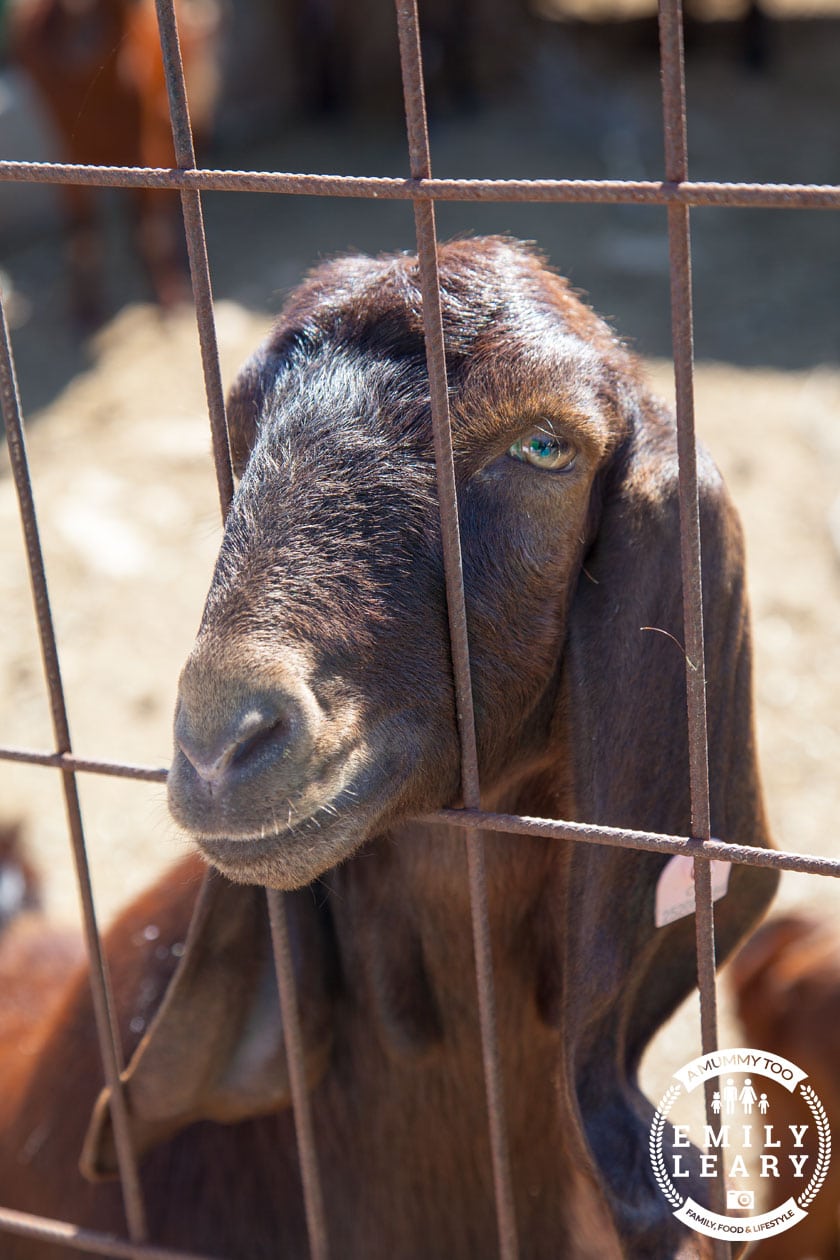 Miss J adored the spider and reptile houses so much that we went back through twice. 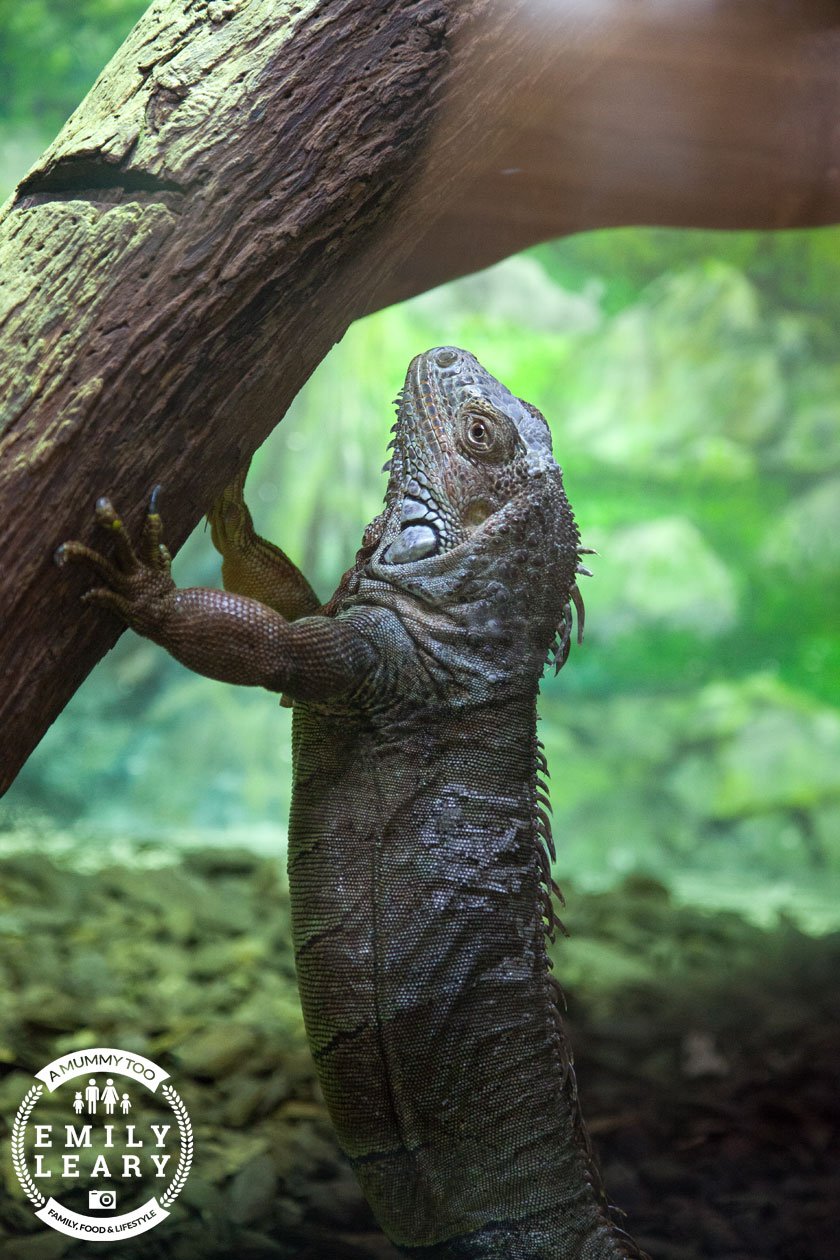 With paths winding all around the zoo in every direction and an adventure play are in the centre, we got happily lost for a couple of hours before referring to our maps to find our way back to the exit. 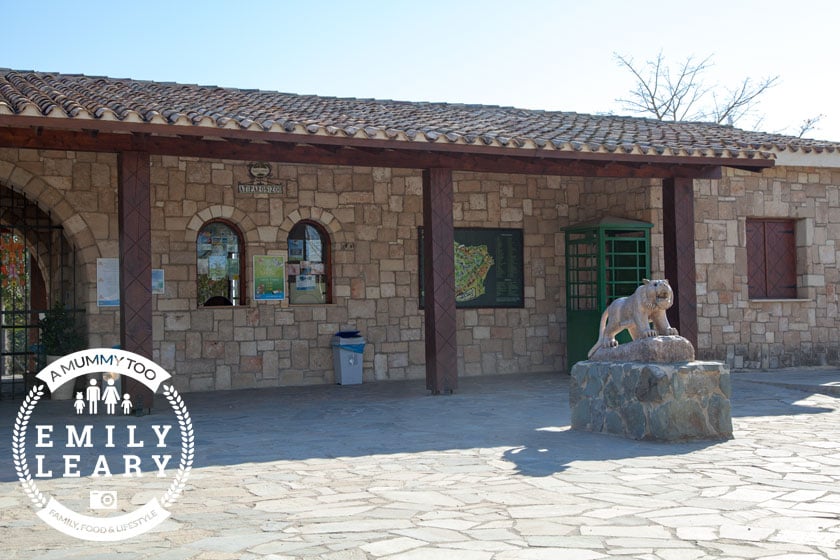 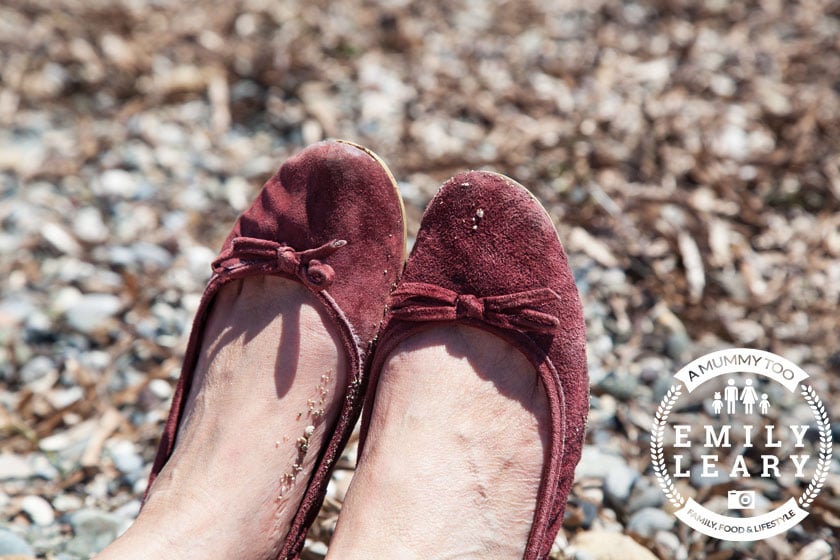 Pissouri is a village, half located at sea level on the bay and half about a five minute drive away up the hill. On the 20 minute drive to the bay, we lost our way, winding up and through this beautiful little town. I wish I'd taken pictured because the height and the narrow streets really are something to behold.

As is bay and beach. 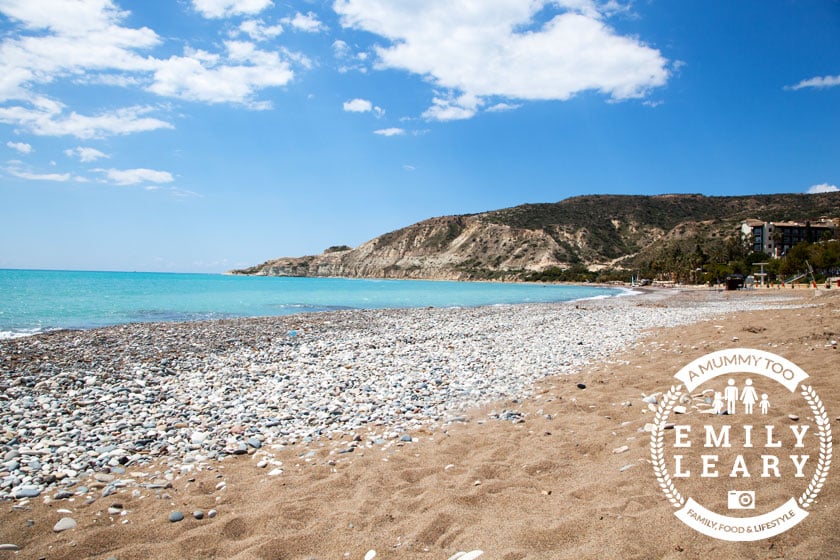 At the time we visited, it was off-season and so very quite, but at the height of the holiday season,  I'm told there are beach sports like waterskiing and paragliding available if you’re feeling adventurous. 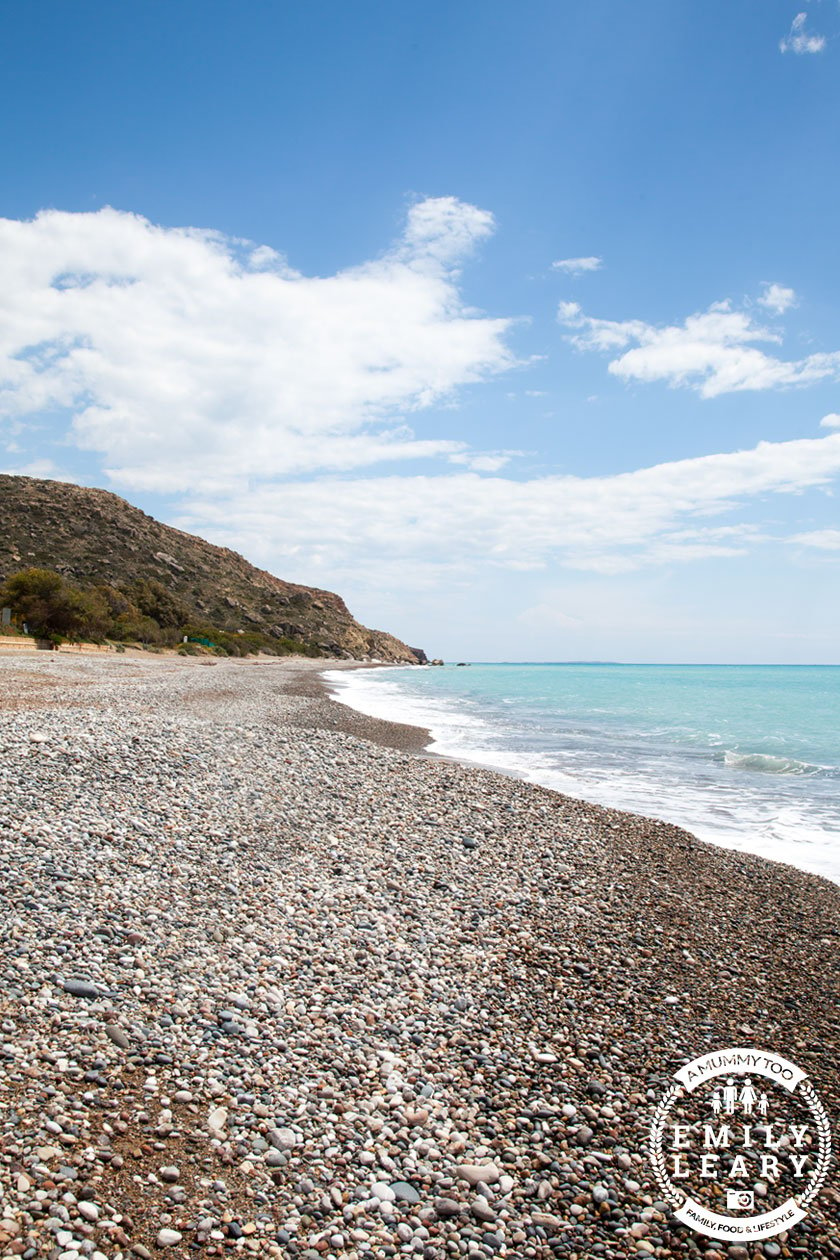 We were in the mood to enjoy a quiet day, so took packed lunches bought from the local Aphrodite Hills supermarket and relished the lapping sea and relative solitude. 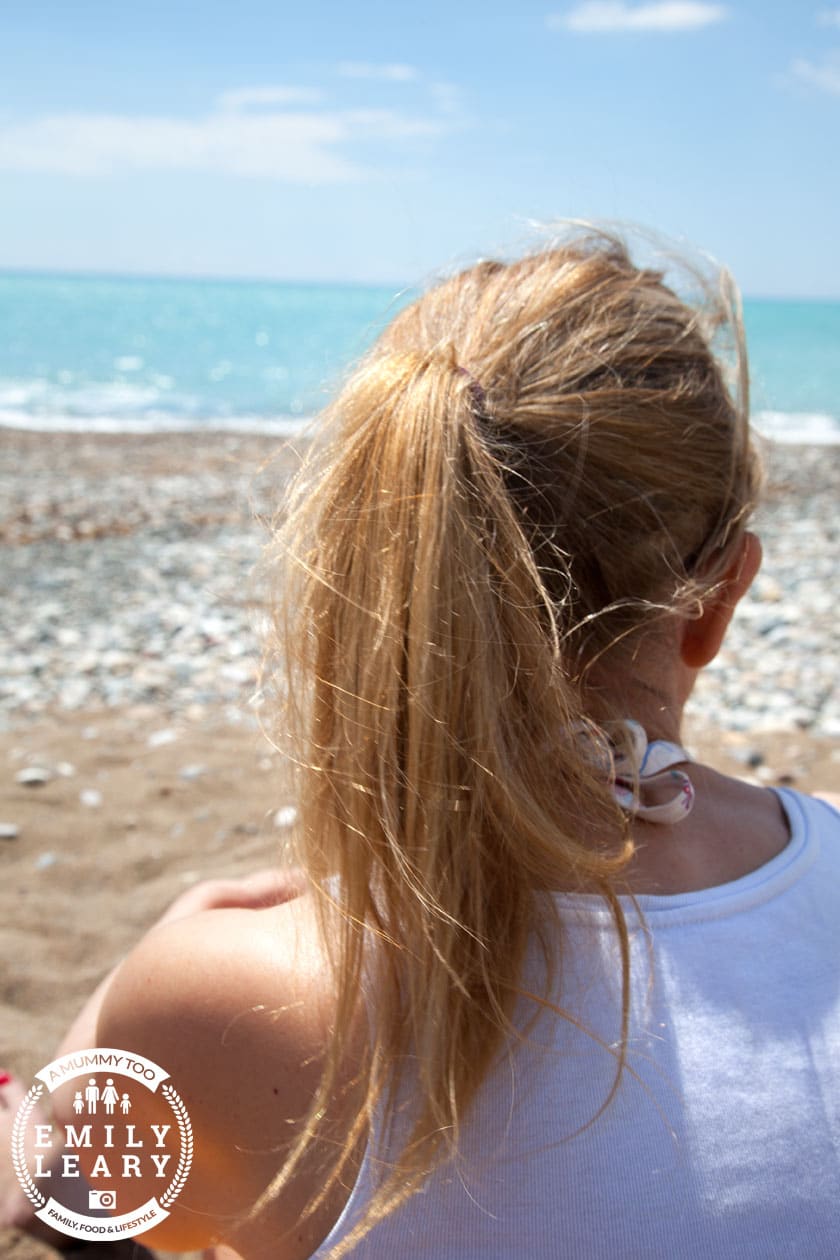 The kids ran and sand, dug and played, paddled, skimmed stones and relaxed. It was a lovely, easy afternoon. 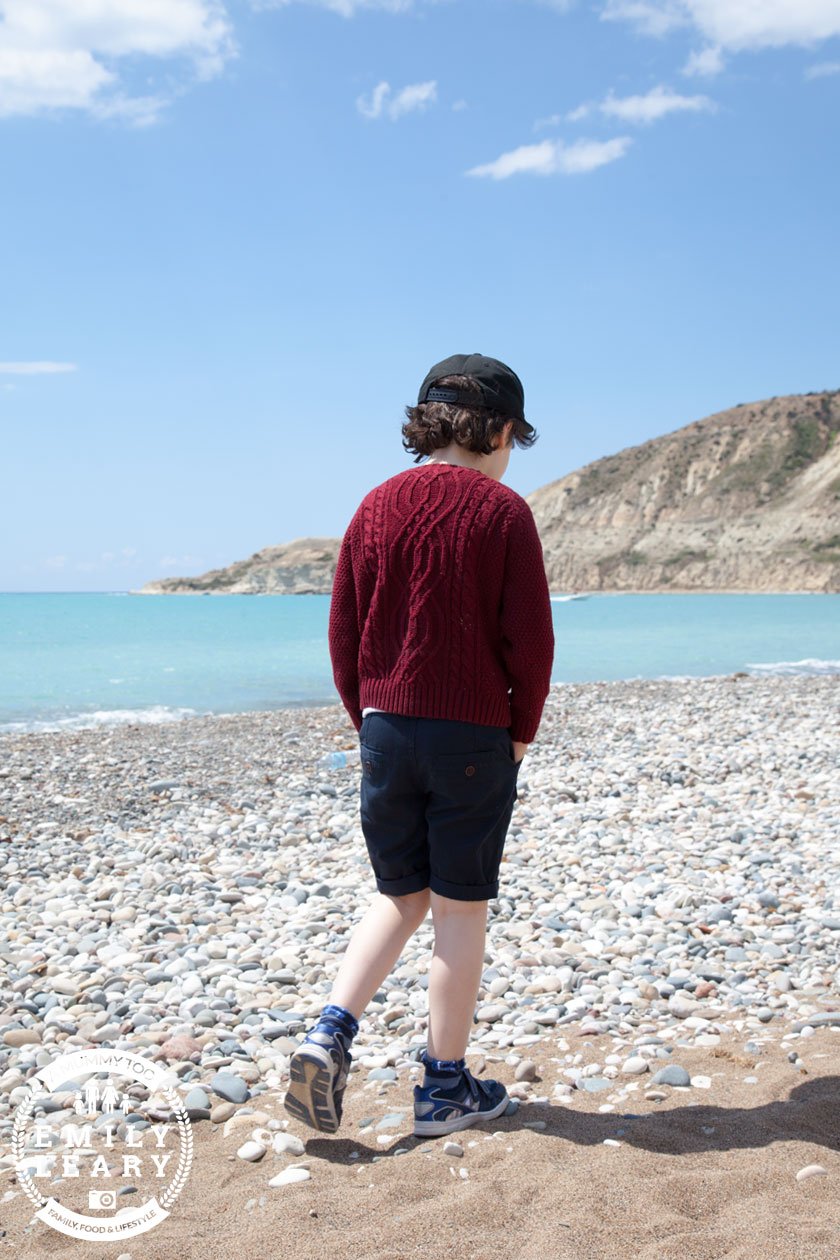 As our reports from Aphrodite Hills have show, we squeezed a lot into our week in Cyprus and no two days were the same, but if we make it to the isalnd again, there are lots more places I'd like to visit. Limassol, for example, is the island’s main current port and is just an hour away from Aphrodite Hills.. There you can find many museums and archaeological sites plus almost 20 miles of beach lined with restaurants and hotels.

And if we'd driven north for an hour, we would have found ourselves in the beautiful Troodos mountains, where winding rounds take you through similar but distinct little villages every few miles, and where my Cypriot friend reliably informs me you can always find a cafenio (coffee shop) with old men playing backgammon. I'd very much like to visit Lefkara, which I'm told is full of shops selling the lace and silver that its residents have been making for centuries. Sounds lovely.

Cyprus. You have my heart.