For some meal types, such as stews and cakes, you can just throw the ingredients in, close the lid, set the programme and come back to a cooked dish. For others, such as stir fry, it acts almost like a pan on a hob, and you work with lid open to prepare your meal.

To test it out for the first time, I tried making one of the recipes in the provided recipe book - a cinnamon spiced apple cake. The result was a light, slightly steamed and utterly delicious cake. Here's how to make it.

Note: this is a 'fatless sponge', which is a baking term for a sponge made by beating sugar and eggs together to incorporate air, and then folding in flour. It's not a diet recipe, rather, it's the name of the method used to give a light and airy, non-greasy texture. It's also the type of sponge you'll find in a standard jam swiss roll.

I served ours still warm with a scoop of ice cream. Wonderful.

So, let's take a closer look at the Multicooker REDMOND RMC-M4502.

It's made by home appliance manufacturer, REDMOND, who specialise in products designed to fit in with your lifestyle and make your life easier.

I found the cooker simple to use. For the most common meal types, there are 16 automatic programs, as well as 18 further programs with manual controls, and you can adjust the temperature between 40C and 160C in 20C intervals.

It's light, not too large (25cm tall x 28cm wide x 38cm deep), and comes with a handle. There are 'Keep warm' and 'Reheat' functions - so it's great if the family are all arriving in at different times of the evening - they can all enjoy a hot, yummy meal when they're ready.

As well as the apple cake, I tested out a vegetable stew recipe, which involved cubing potatoes, white cabbage, carrot, tomatoes, onion, aubergine and adding to the cooker with chopped garlic, a little butter, a little water and a selection of herbs and spices of my choosing. Then it was simply a case of shutting the lid, choosing "STEW" and setting the timer for 40 minutes.

Apparently it cooks quickly and evenly without the need to stir because it heats from all sides, even the top. According to the manufacturer, this gentle, even heat also helps to retain a higher proportion of the food's mineral and vitamin content. The bowl is very hot at the end of the cooking process, of course, so you lift the bowl out using the provided tongs, which makes it safe and easy.

The result was good, with everything cooked evenly and it made a huge amount - not surprising since the raw ingredients almost filled the 5 litre capacity bowl. On a whim I blended it up a little and served it as soup. Even my aubergine-hating husband ate the lot and we have some in the freezer for another day.

Next up, I tried out a recipe for cornbread. The crumb was tasty, light and evenly baked, but it came out crustier than the picture in the book, possibly a little over-baked, so I think I'd try reducing the cooking time next time.

It's fair to say that breadmaking in the multicooker isn't as convenient as with a fully-automated breadmaker. There's no built in paddle, so you still have to mix up the dough separately, and then there are three stages to the cooking process in the multicooker (proving, baking, then turning over and baking further) so you have to keep coming back.

I haven't tried the steam or frying functions yet, but there's a special basket and tray for those. You also get a paddle, spoon and measuring cup. As there's no built in paddle, this multicooker doesn't automatically stir as it fries, like some competitor machines, so the fried recipes in the book provided involve cooking with the lid open and stirring yourself.

I think it’s better to think of this as a semi- rather than fully-automated replacement for your hob and oven in one when you’re away from home – say, in a caravan - or have very limited kitchen space – say, in a bedsit. If you have a fully fitted kitchen with all the mod-cons, you’d probably be more likely to use the multicooker for stews than for frying or breadmaking.

I feel it makes sense if using the Multicooker REDMOND RMC-M4502 for the first time to do as I have and follow one or two of the 100 provided recipes per each function of the cooker. They’ve been designed to work well in this particular multicooker and so the settings and quantities have been tested for you. Once you’ve nailed a few of those, and understand how each process works it should be straightforward to start trying your own recipes.

In my experience with the cooker so far, I feel comfortable saying that it does what it's supposed to. On the plus side, it does a lot at a lower retail price than many of its competitors, on the downside, it's not quite as automated as those machines that have an automatic paddle. Whether you opt to buy a Multicooker REDMOND RMC-M4502 probably comes down to what you want to get out of your machine. 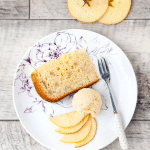 Multicooker vary between brands and models. Check your multicooker's manual for the approapriate settings for baking a cake.

Apple muffins with strawberries
These no junk muffins are delicious! Sweetened with apples and a dash of maple syrup and easy on the saturated fat in favour of oil, they’re a healthy alternative to the average muffin, making them perfect for kids.
Get the recipe 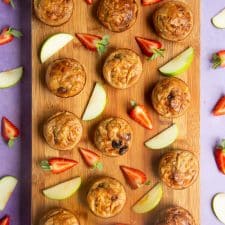 Waffle apple burgers. Kid-friendly, gluten-free dessert
A fun and fruity treat that makes perfect individual portions, fantastic for when you and your family deserve something a bit special and extra delicious.
Get the recipe 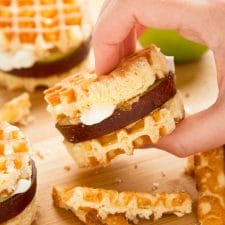 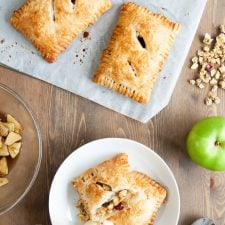 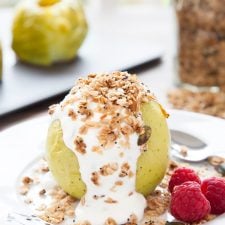 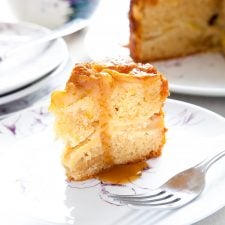 Grab my FREE eBook for 6 Fun Halloween Baking Recipes to Make With Kids!