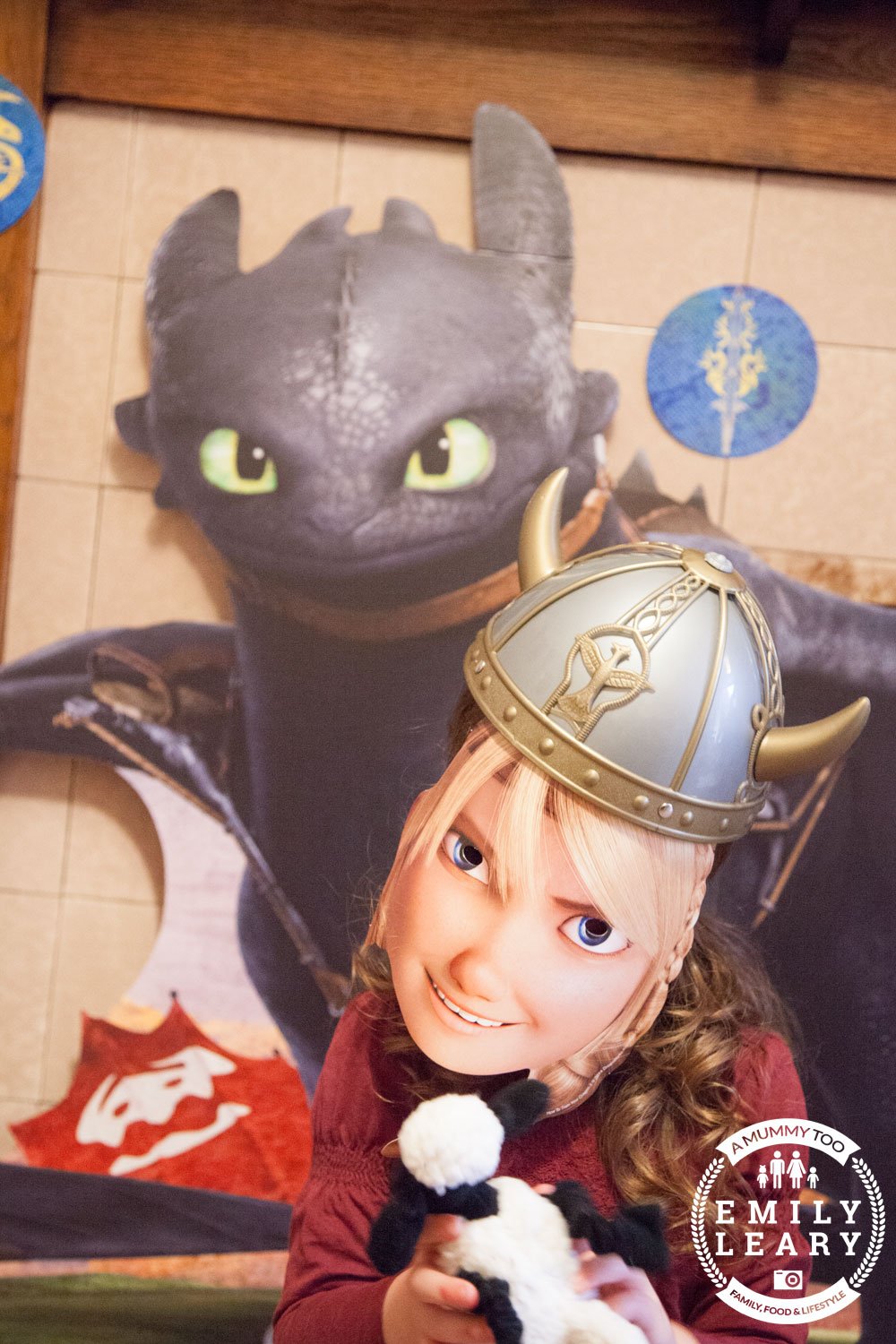 We did it! We had our How to Train Your Dragon 2 party!

What I don’t think I told you the other day is that in a moment of genius, we decided it would be a good idea to have two parties in one day. WHAT?! I hear you cry. But yep, that’s what we did. Two parties: a morning party for Miss J’s friends aged 3-4, and an afternoon party for JD’s friends aged 6-7.

As I write this, my eyelids are drooping, but I do think it was the right decision, as everyone got to have fun and no one was left out.

It was a really dark and rainy day (hence the grainy photos), but we had plenty planned to keep the kids entertained.

The themed balloons were popular with all of the children, facilitating fantasy football matches and balloon fights galore, complete with lots of giggles. And we stuck all the decorations that Sky Movies sent us up with white tack, meaning we could go utterly overboard with them all and they were perfectly easy to take down afterwards. 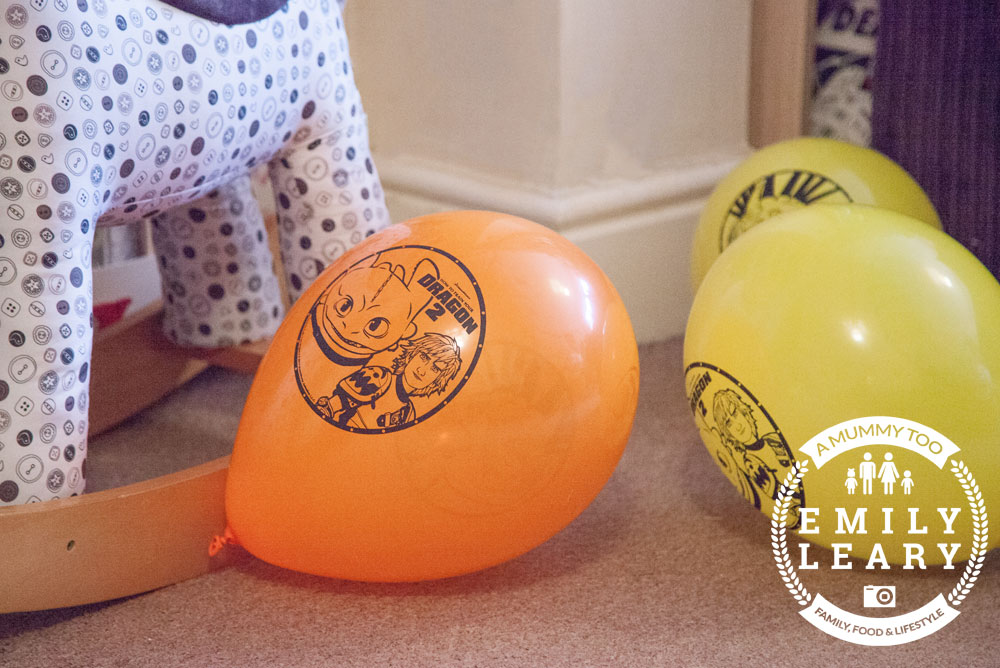 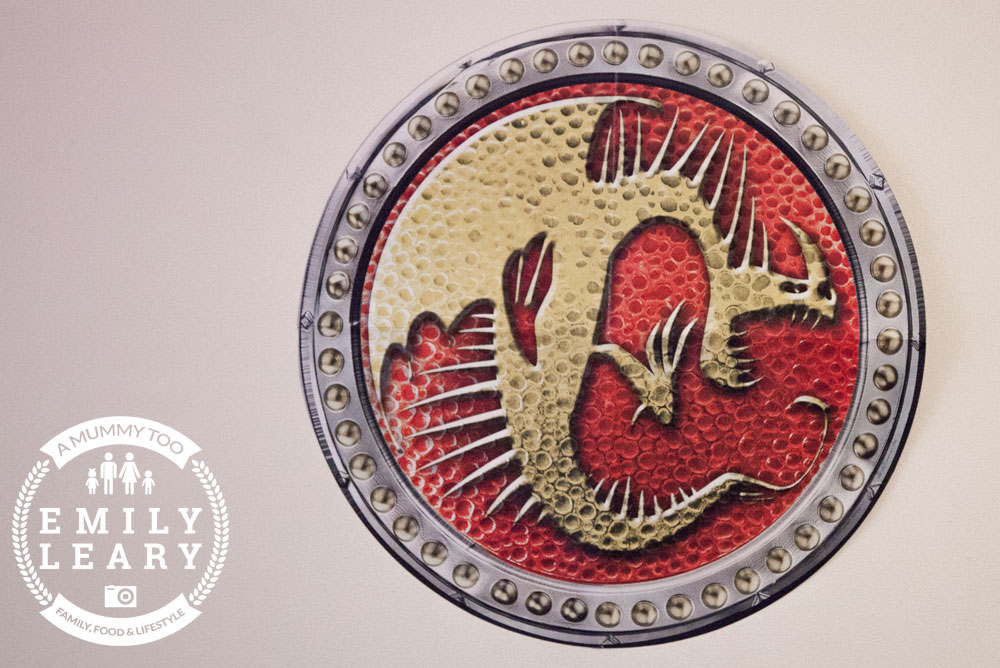 A really cool item in our party package from Sky Movies was a popcorn maker, which pops the kernels using hot air – no oil required. We popped enough for everyone and smothered them in chocolate sauce because hey, you don’t have a How to Train Your Dragon 2 party every day! 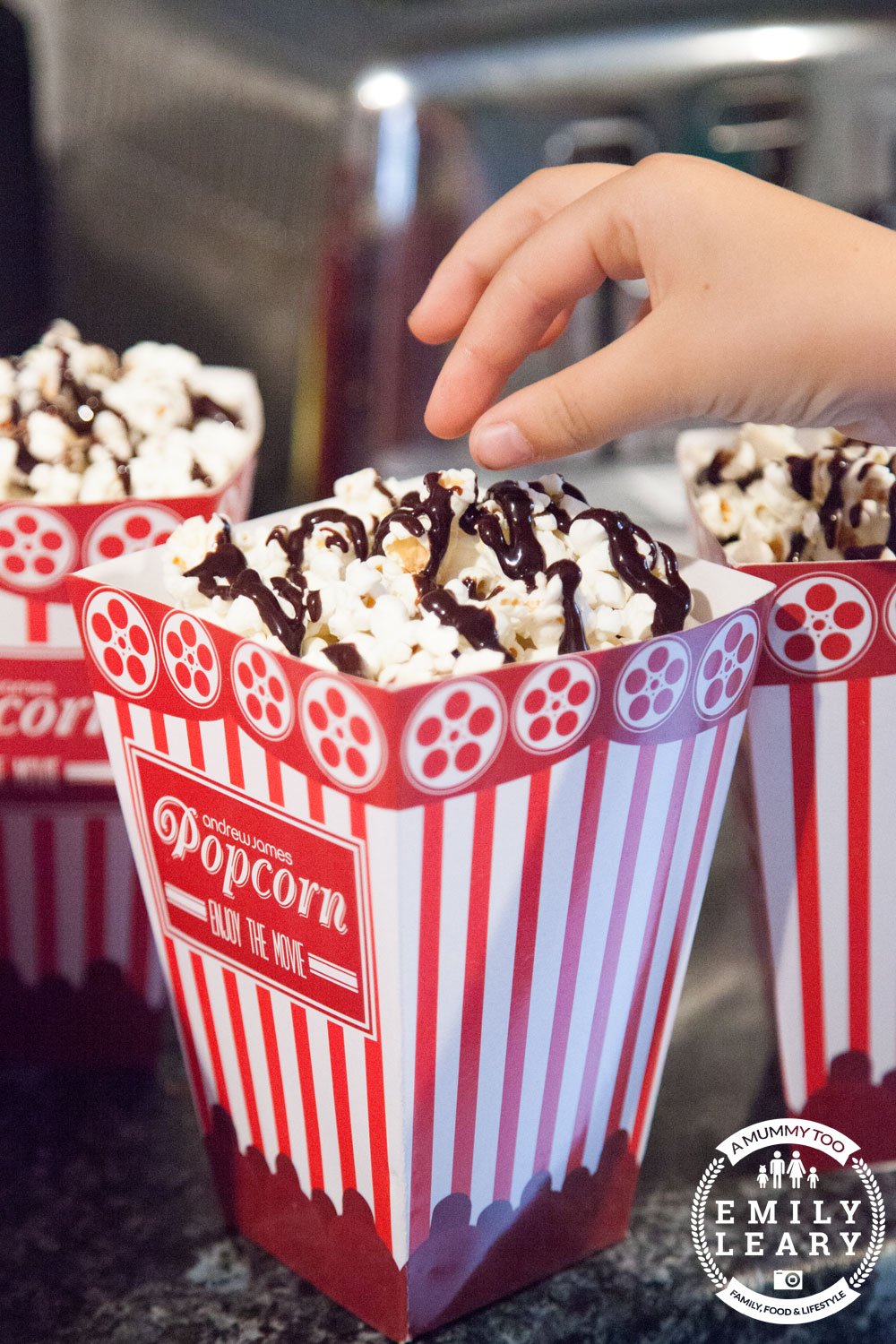 We had good fun with the pizzas, purchasing cheap cheese and tomato ones from the supermarket and allowing the kids to decorate their own to their liking with dragon’s fire (cherry tomatoes), dragon’s teeth (sweetcorn), dragon’s eggs (balls of mozzarella) and dragon’s claws (slices of pepper). It worked well because it was really easy for me to prepare, the kids enjoyed it and then they got exactly the pizzas they wanted. 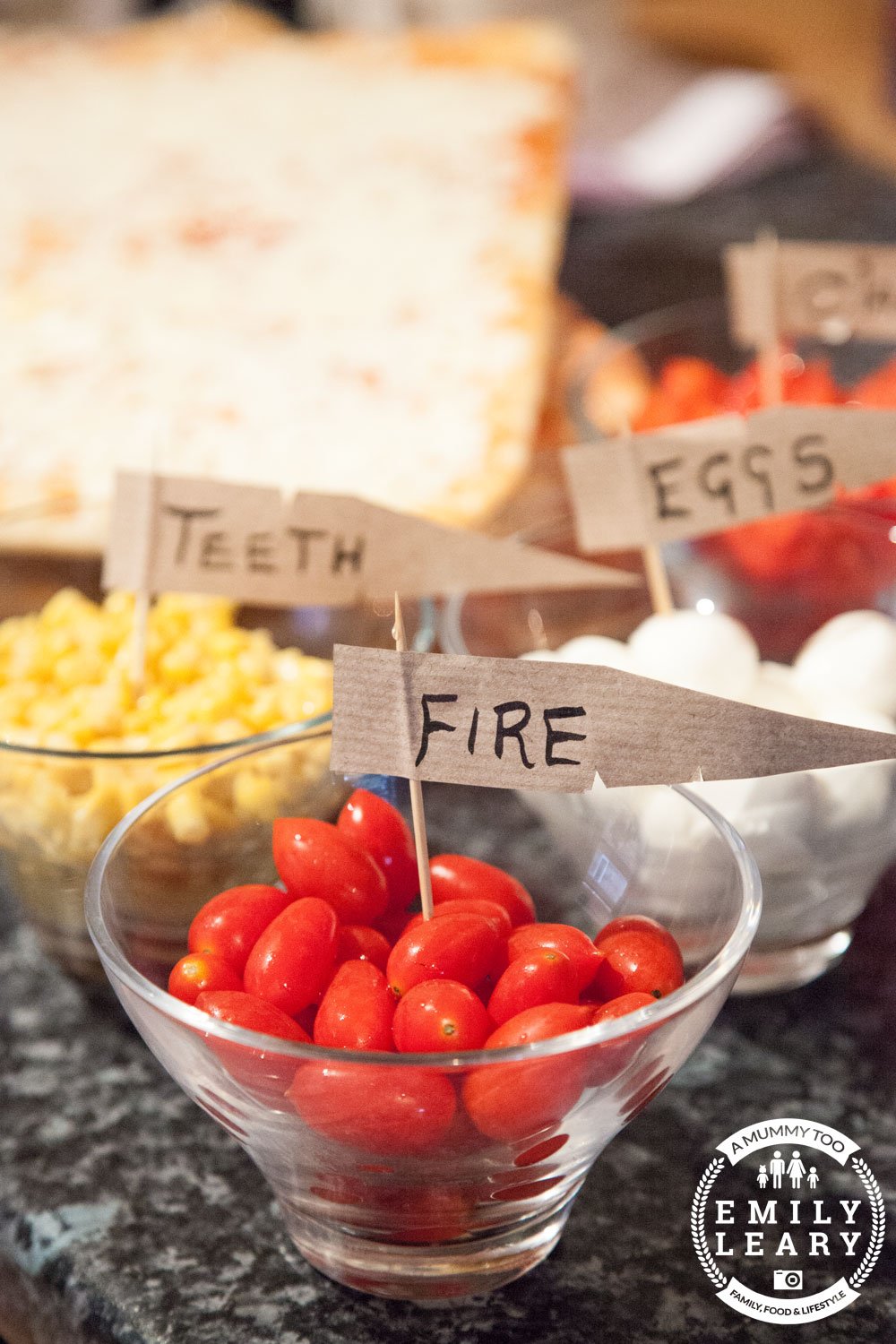 Miss and JD even received special outfits – I wanted one in my size! 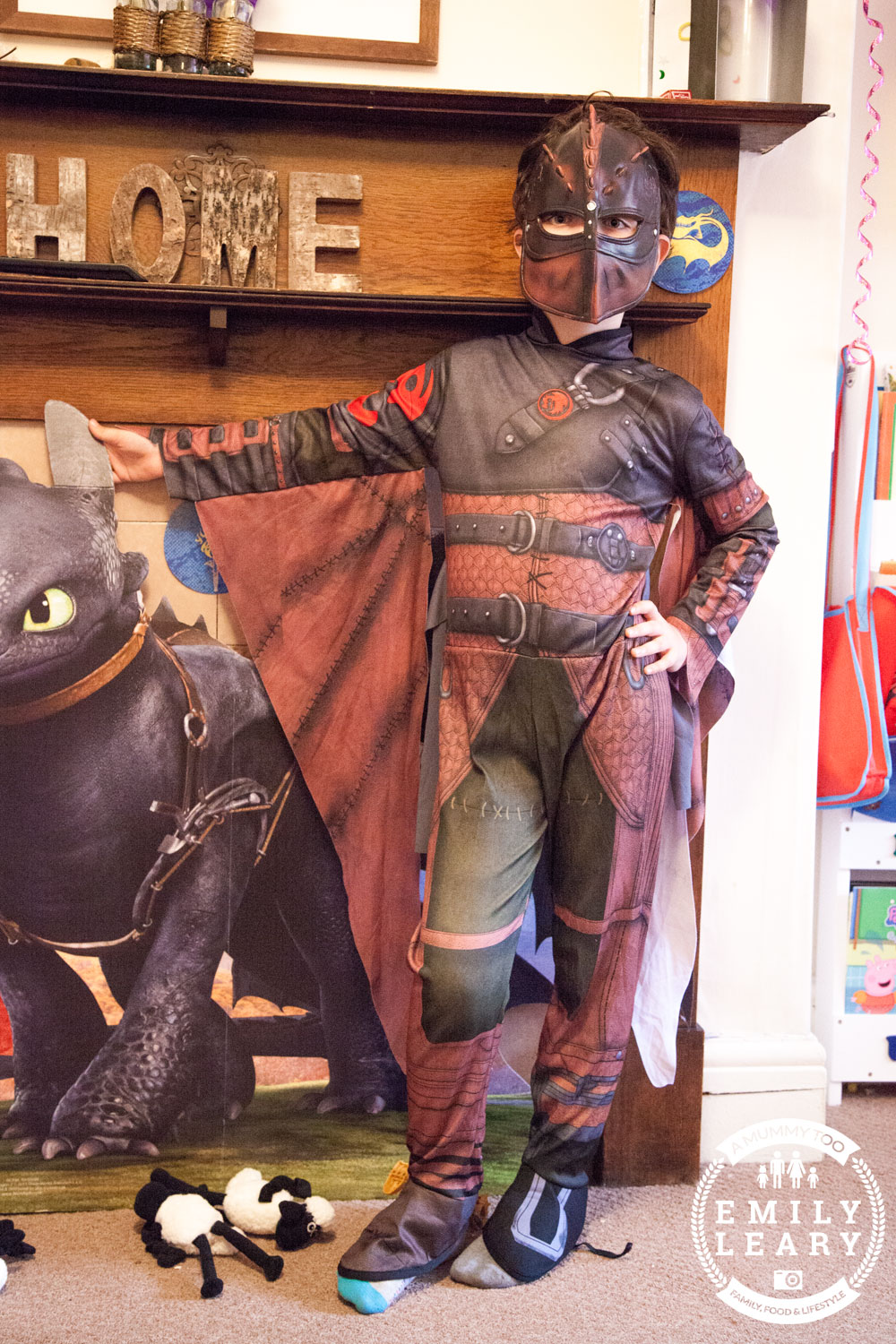 Miss J, ever the creative rebel, made several costume changes during the day, switching between viking, ballerina and princess dress mid-party, and turning the themed drinking cups into decorative shoes. And why not? 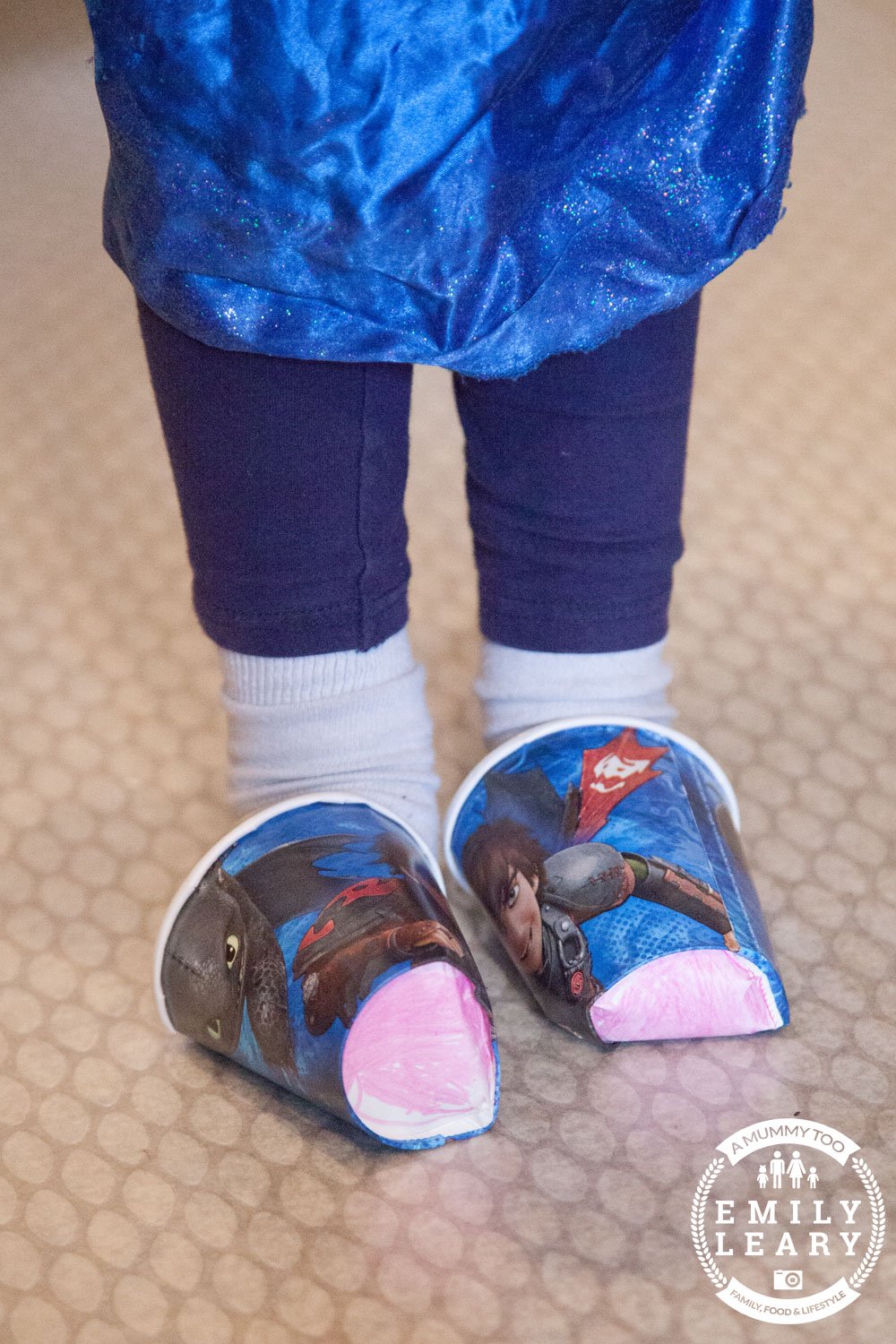 We had a good round of pass the parcel with a little dragon hidden between each of the layers, followed by several rounds of musical statues, which I joined in with a bit too enthusiastically – luckily, there’s no photo evidence.

Next, it was Pin the Teeth on Toothless time. The girls wore a Hiccup mask with the eye holes covered and span around three times before heading across the room to place the teeth (masterfully drawn by Mark) in what they thought was the right place. 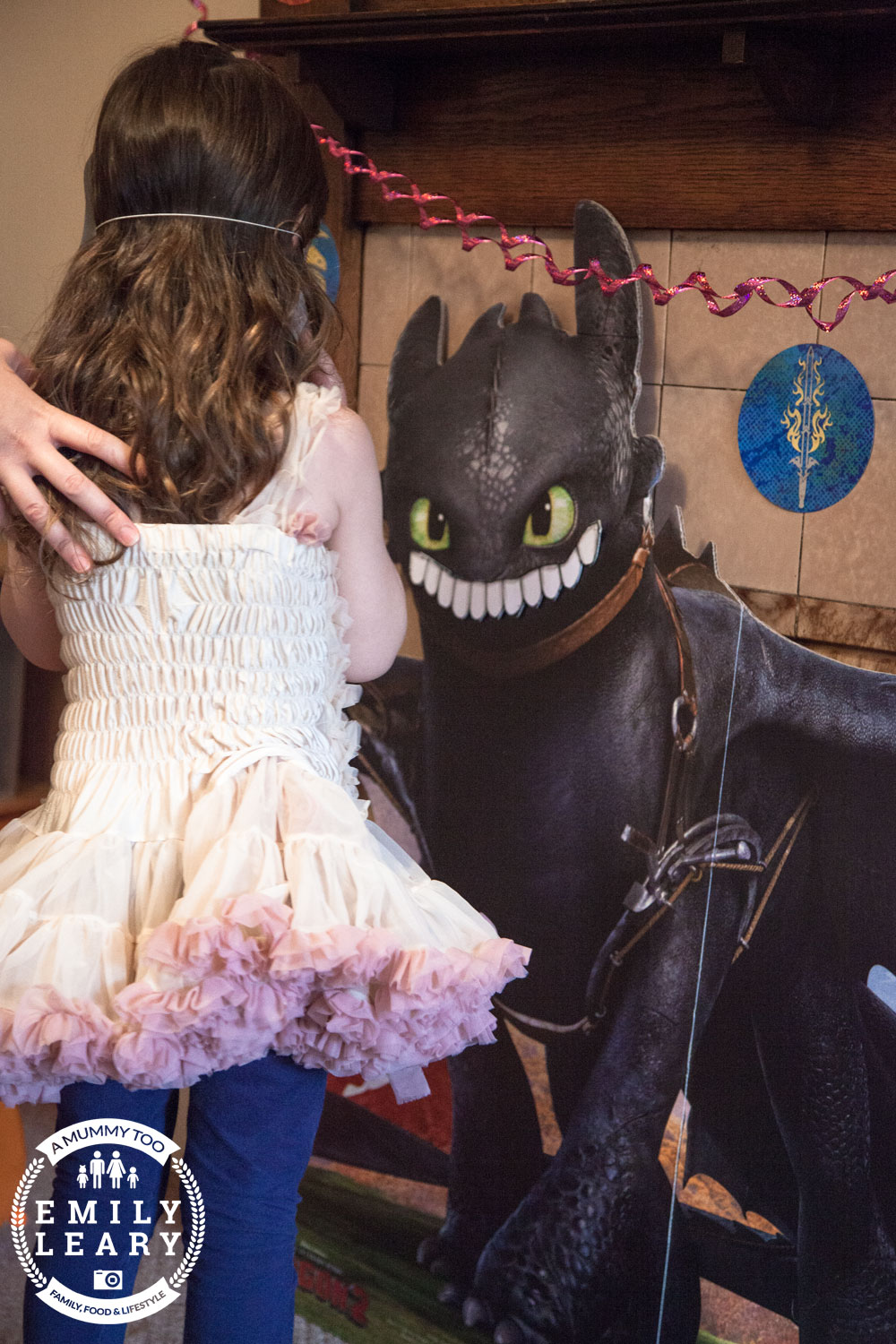 We kept energy levels topped up with juice and cookies and everyone got along brilliantly. 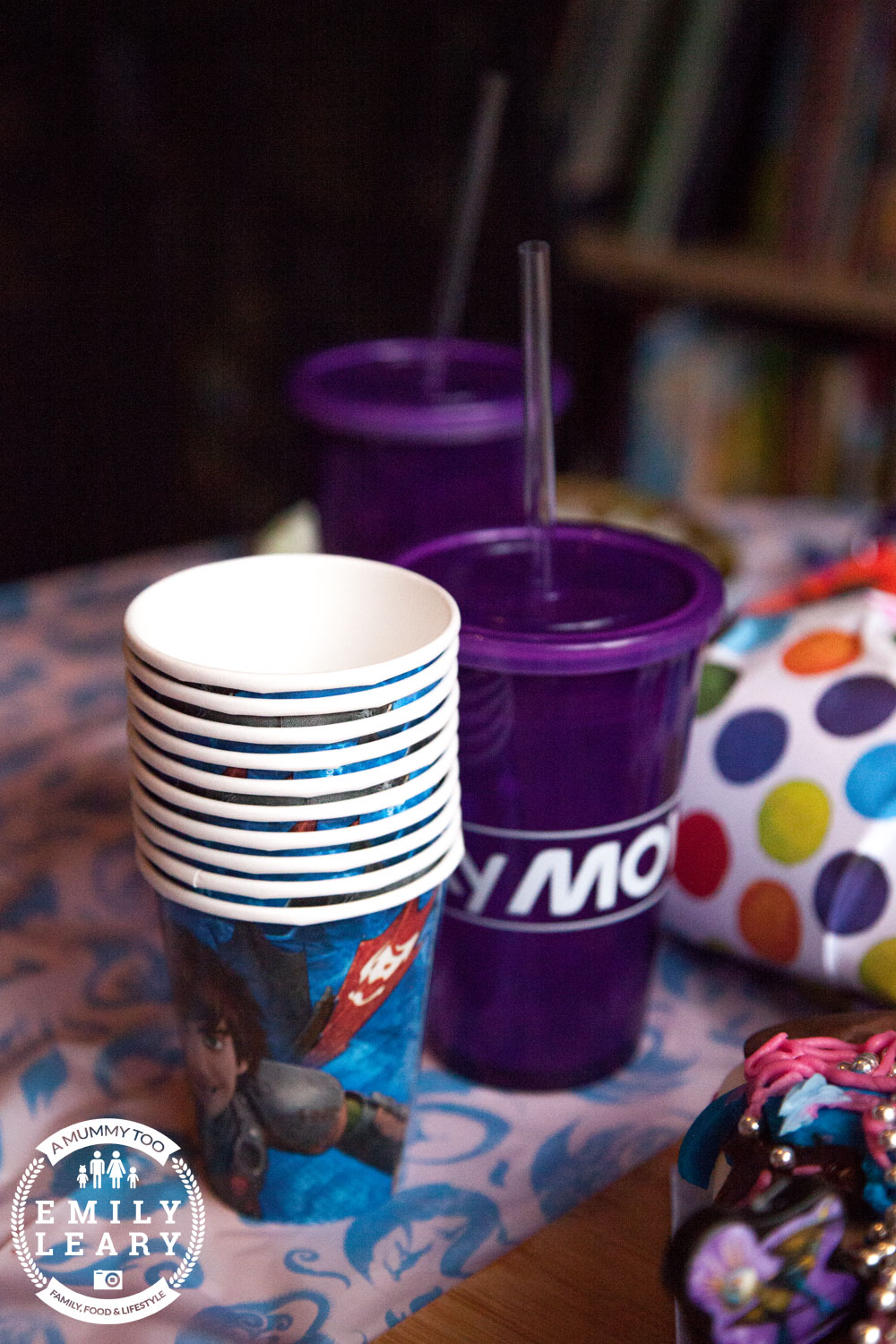 I think the girls had the most fun cake decorating. We gave them a sheet cake covered with white regal ice and then laid out several pieces of rolled out coloured icing, some viking-themed cookie cutters, sprinkles and frosting. Then we stepped back to let them work their magic. 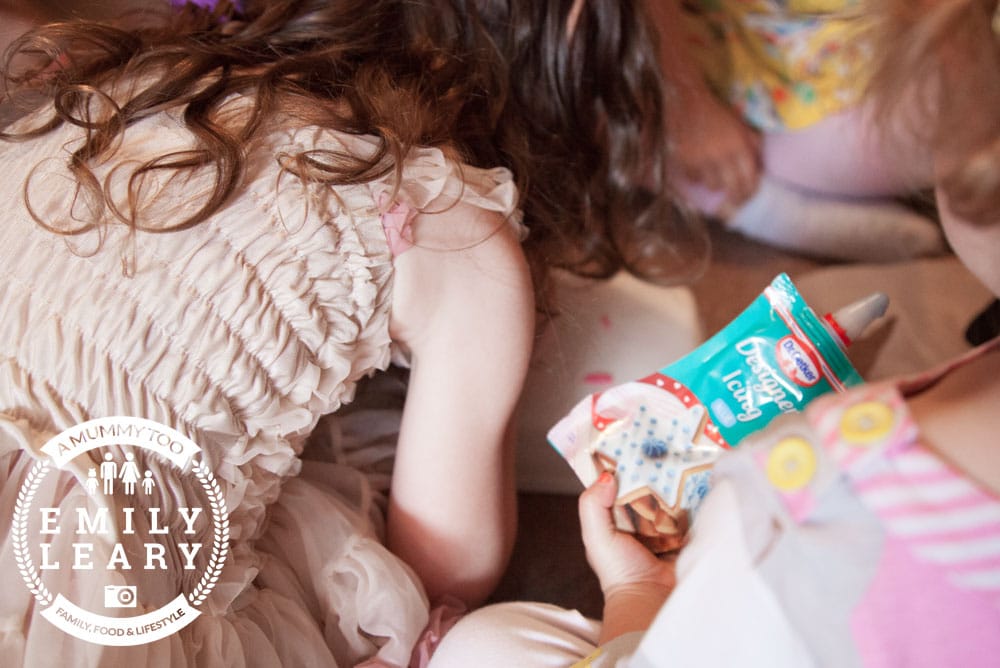 They started off being quite systematic about where they wanted things, but by the end, they’d produced this glorious mess. Isn’t it awesome? 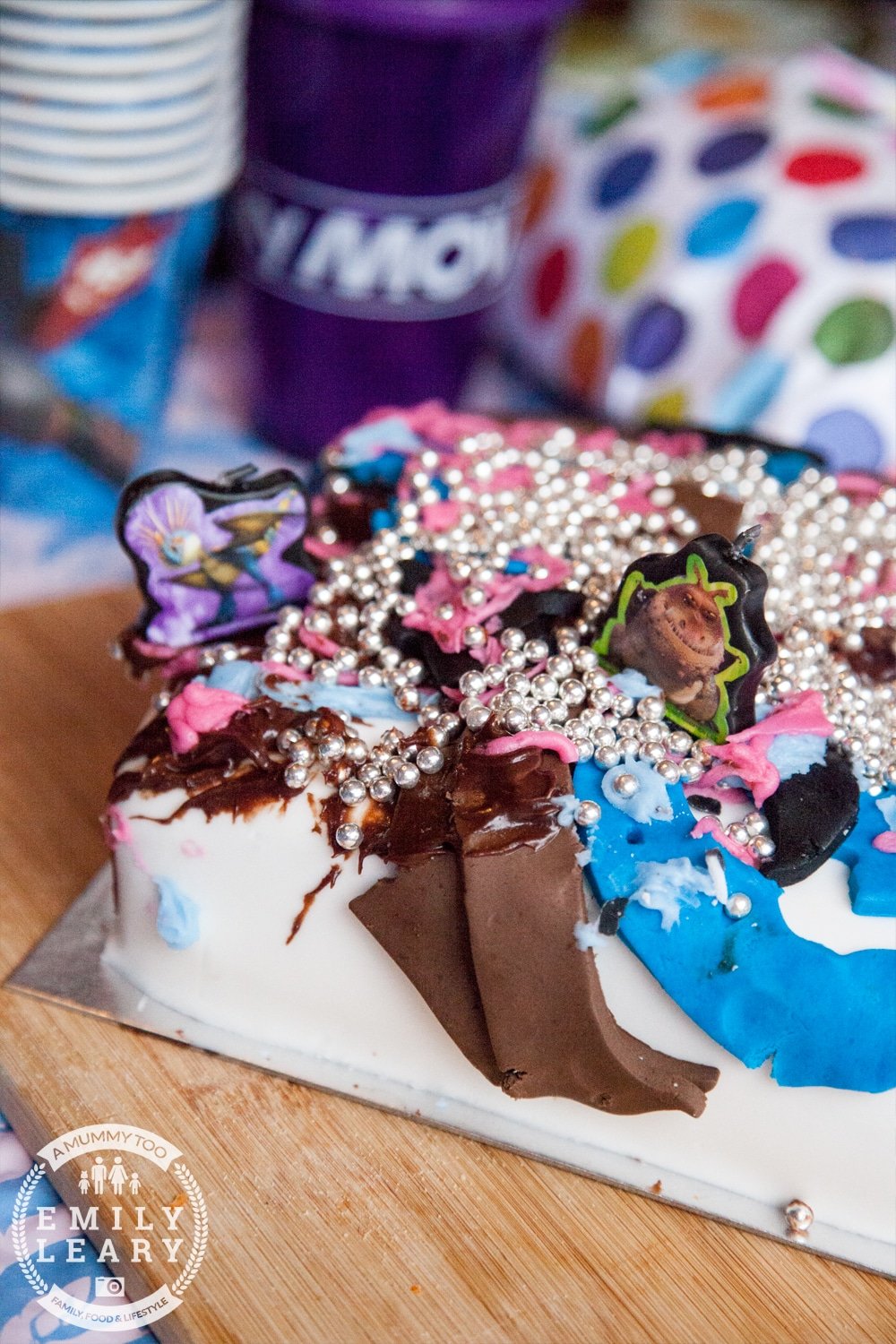 JD’s friends played at catapulting sheep into a basket, replicating the sheep toss games in the movie. We got the sheep from the supermarket – they’re actual designed to be thrown! 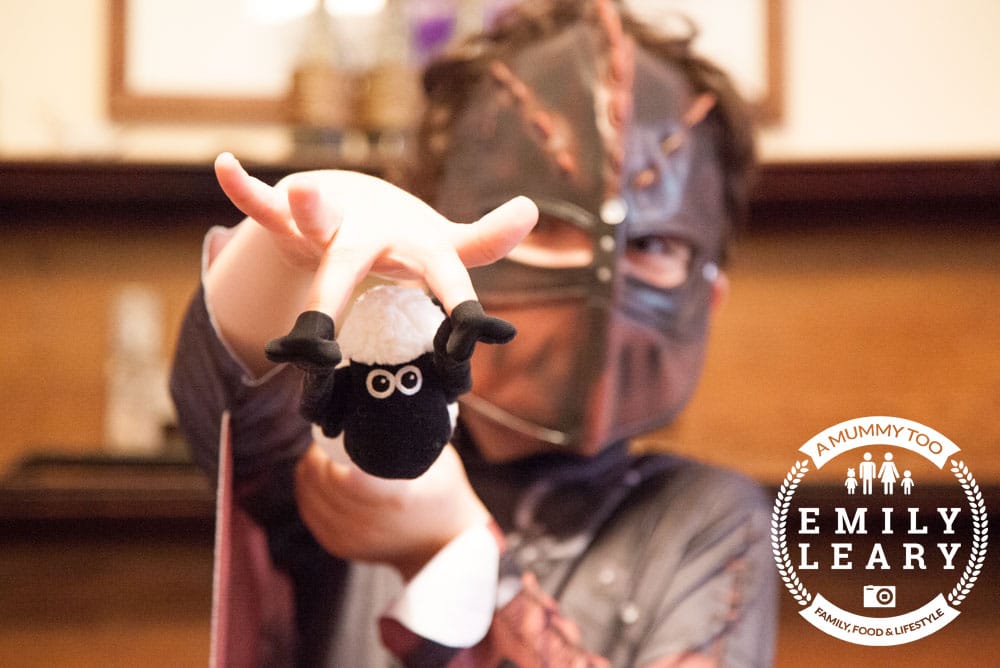 We ended the parties by sending the kids home with big gift bags, each containing the larger How to Train Your Dragon 2 toys sent by Sky Movies, some mini dragons, a viking hat and a slice of cake. 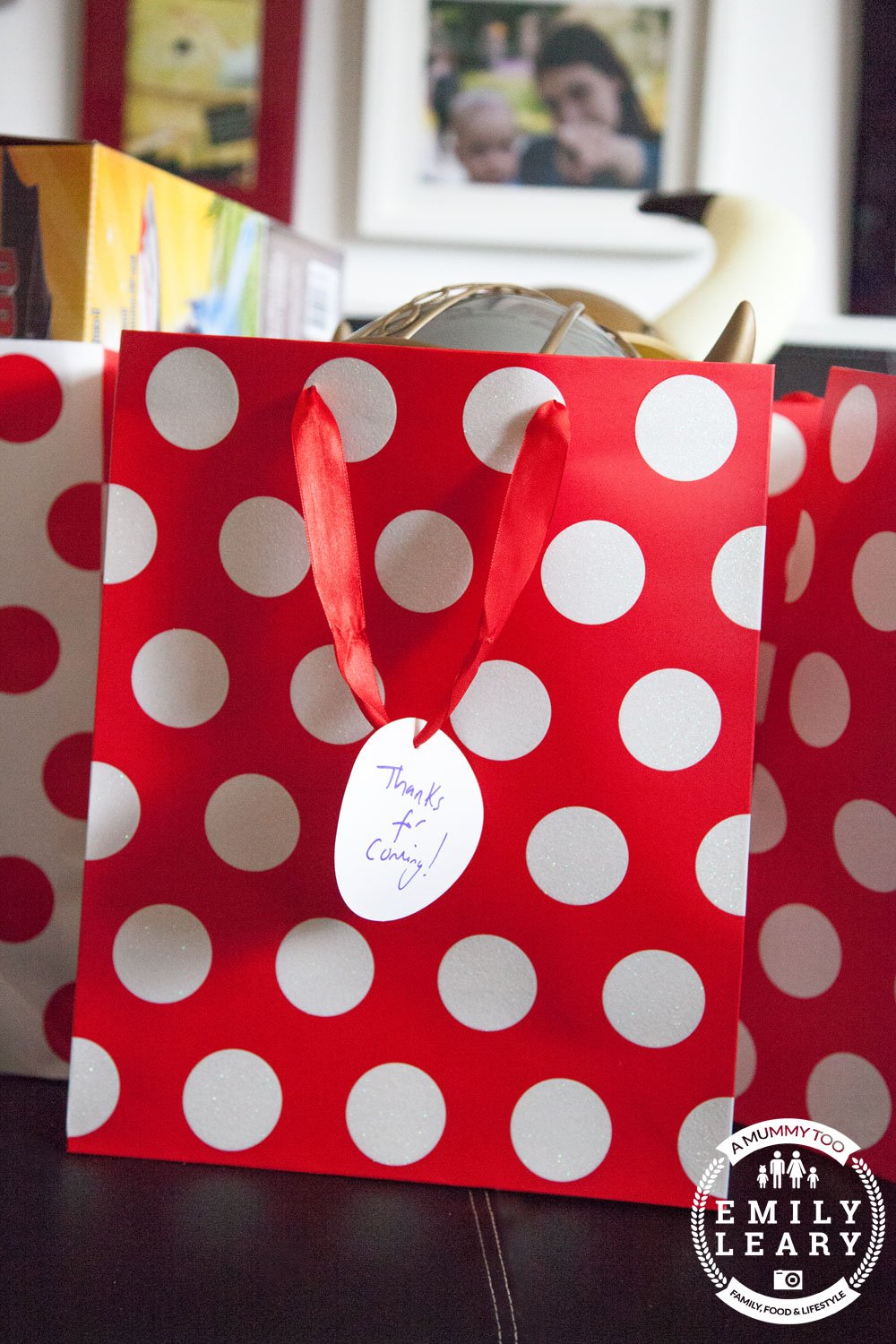 So, would we attempt two children’s movie parties on the same day in our own house again? Probably not *checks for new grey hairs*. But as a one off, the weekend was a blast!