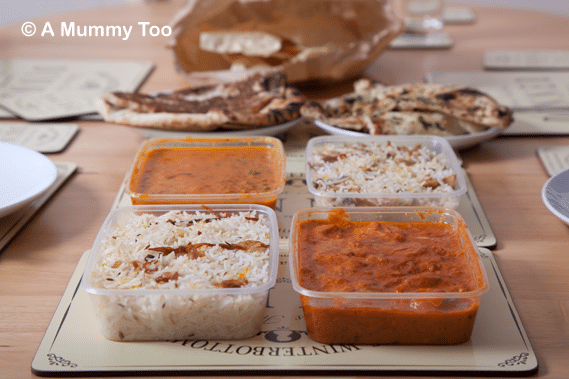 This weekend, we took on the tough (ok, not tough at all) challenge of trialling takeaway ordering website, Hungry House.

Typing in our post code, we were presented with a list of local restaurants and decided to order from 4550 Miles from Delhi, a city centre based restaurant with a good reputation locally and a 4.5 star rating on the Hungry House website. 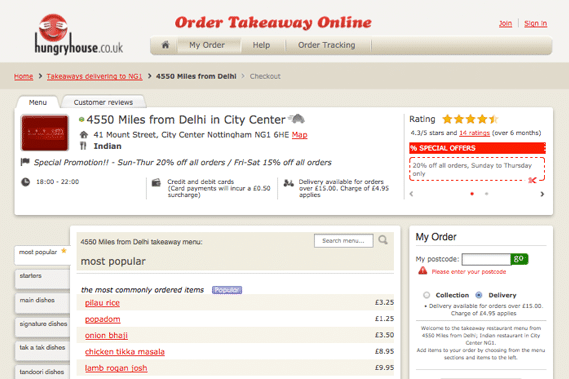 We ordered at 6.45pm on a Saturday night, and received email a few minutes later let us know our order had been accepted and would arrive no later that 8.10pm. Pleasingly, it arrived just 25 minutes later at 7.10pm.

Here's what we chose, and what we made of it...

I chose a peshwari naan (£3.45), which was filled with a pinkish red layer of dessicated coconut. It looked oddly like a jam tart inside but tasted good - not too sweet - and went well with my main meal. As with most naan breads, it was way to big for me to eat on my own - I managed about a quarter. 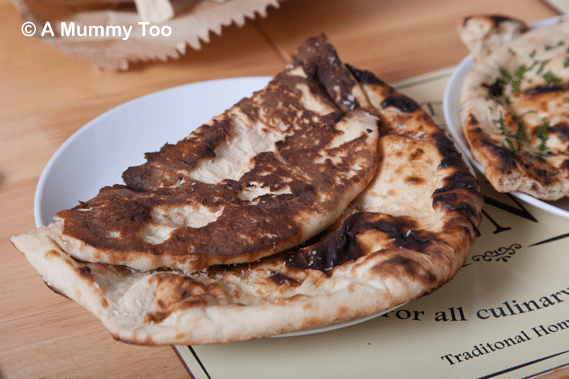 Mark chose a garlic and coriander naan (£3.45), which was equally large, smelled divine and was generously flavoured. 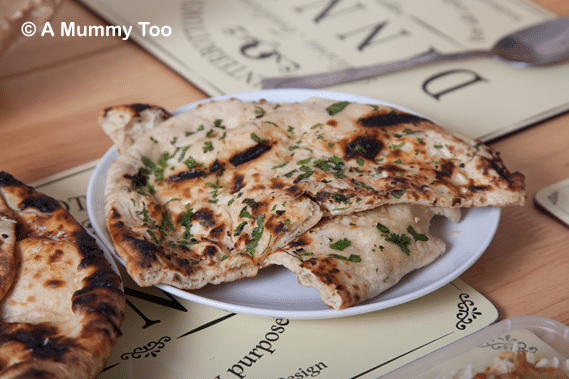 The two popadoms (£2.50) we ordered turned out to be a large bag of broken popadom pieces - kind of like a giant packet of crisps. These were crispy, dry and non-greasy tasting, just how popadoms should be. 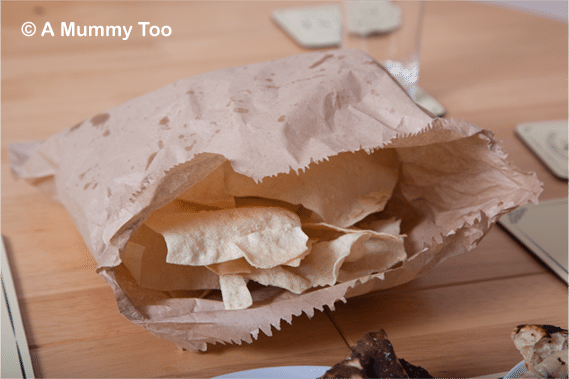 Mark's curry was a chicken tikka masala (£8.95), which he described as creamy and delicious. It was generously filled with large chunks of chicken. 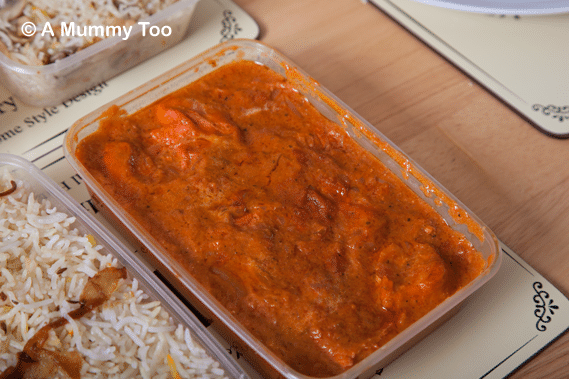 My Mattar paneer (£7.95) was truly delicious, consisting of peas and large, soft cubes of paneer in a slightly sweet and fairly spicy sauce. I was full half way through but kept eating to 3/4 gone because it was just so tasty. The flavours of the spices came through beautifully. 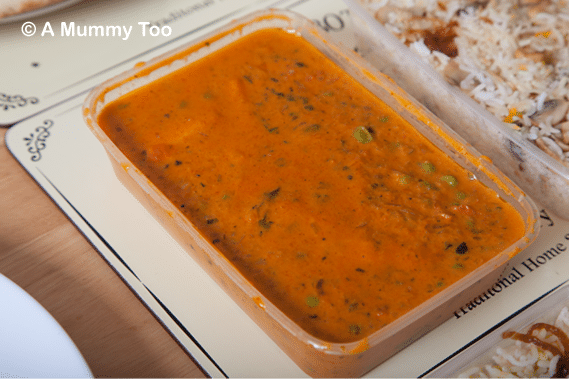 Mark's Pilau rice (£3.25) was soft but not mushy, gently flavoured and topped with a sliver or two of caramelised onion - another good dish. 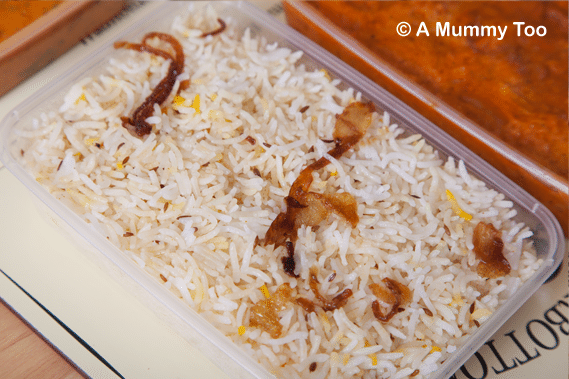 My mushroom rice (£3.50) was also great, with plenty of little mushrooms that tasted gently fried rather than boiled to death. They were soft, not chewy and added another dimension when mixed with my main. 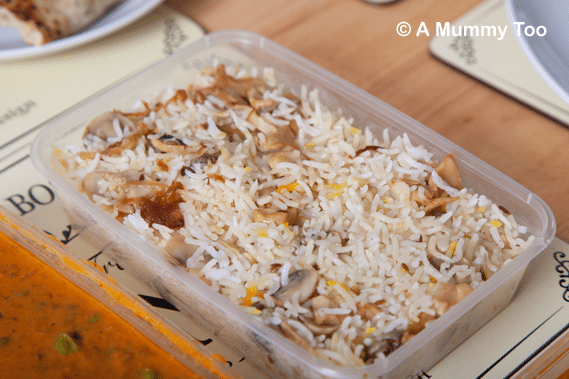 Overall, I can't fault 4550 Miles from Delhi and would recommend it.

My one criticism of the Hungry House service overall is that some restaurants, the one we chose included, only list the name of each dish, with no description of what it contains. Instead, you get a little info button, which tells you the definition of one of the words in the dish.

So, for example, Bhindi Dopiaza just had a description when clicked, "An Indian curry dish, usually of a medium strength, prepared with a generous amount of onions and various types of meat, or vegetables." but a Google search revealed that Bhindi means okra, which is quite a distinctive flavour and texture that people might not expect.

Apparently Hungry House are addressing this issue and trying to get full descriptions on all menus, but in the meantime if you're on your smartphone trying to order in a hurry, it's probably safest to stick to dishes you're sure you can identify!

Disclosure: we were given a voucher to order a meal via Hungry House for the purposes of this review. No payment was received for this post. All posts are 100% honest.