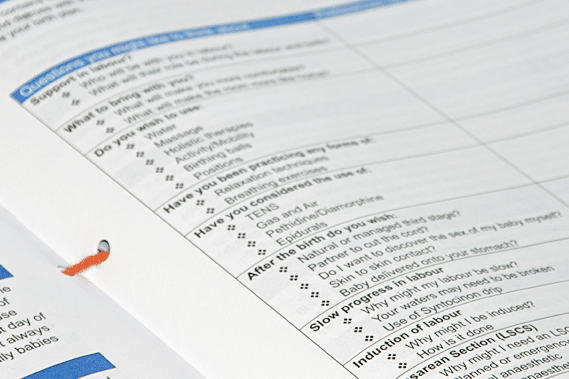 One Born Every Minute returned to Channel 4 last week and I shared my thoughts about dads in the delivery room. The next episode – due to screen on Wednesday 11th January at 9pm – is all about pain, so here’s my story of pain, relief and guilt.

What this meant is that I grew up fully expecting that when the time came to have babies, I wouldn’t need pain relief, and that asking for it would make me something of a failure – not that mum ever conveyed that message, I’ve just always tried to live up to what I think is a very high standard set by her: a strong, kind, single mum who gave us everything – still gives us everything – and asks for nothing in return.

So came the day in late 2007 when I went into labour for the first time. I woke up to find that my waters were breaking slowly and contractions were about 20 minutes apart and not painful so much as uncomfortable. “This will be ok,” I thought. How naive!

Now I don’t really want to get into the detail of what happened over the next 24 hours as I don’t want to frighten first-timers. I’ll just say that due to a combination of bad planning and bad luck, I ended up nowhere near the hospital I’d been to throughout the pregnancy and instead at a horrible hospital which – I kid you not – was suffering from a bluebottle infestation and had spatterings of who-knows-what over almost every wall. And yes, this was a UK hospital.

Anyway, after many hours on a public ward – alone as it was after visiting hours – I just couldn’t cope anymore. I’d only dilated 3cm and I was exhausted. Vomiting, bleeding and frightened, I hadn’t been given any gas and air and was finally given pethidine. I lay there, cursing myself for my failings and begging the midwives to check me again. The next time they did, JD was almost in the world and I was moved into a delivery room with minutes to spare.

Years later, I still felt guilty for ‘giving in’ to pethidine, so when I fell pregnant with Little Miss J, I wrote on my birth plan that I wanted to do it without any painkillers.

Little Miss J’s birth story was entirely different: a happy, comparatively calm affair, quicker from start to finish and much less distressing. So why then, did I end up having pethidine again? Well in the heat of those contractions, when I learned I was only 3cm dilated and things seemed to be following the same pattern as last time, it finally dawned on me that a) I’d forgotten how much it hurts and b) having pain relief isn’t a crime!

So I took the gas and air and I welcomed the pethidine. I know that it’s supposed to slow labour, but for me it seemed to speed up dilation hugely. I don’t know why – maybe when I’m in that much pain, I fight it somehow. Who knows.

So my message to mums who desperately want a natural, drug-free birth: good on you, fantastic, well done. But if when the time comes, you’re struggling and want pain relief, don’t feel guilty, don’t feel that you’ve failed. You’re doing something incredible and if you need help, that’s nothing to be ashamed of.

Episodes on One Born Every Minute can be watched online at www.channel4.com/oneborn. Read more posts about labour and pain management over on Netmums.