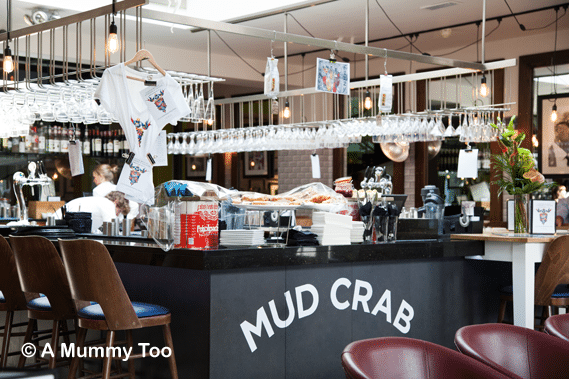 Popular West Bridgford Italian, Felicini’s recently re-branded to become Mud Crab. We, like all good humans, fear change but on a sunny day we thought we’d give it a go.

It was the outdoor seating that drew us in, positioned in front of a wide open, concertinaed facade, it made for a welcoming sight on a hot day. So, we made our way inside to enjoy the rays from the cool of the shade. 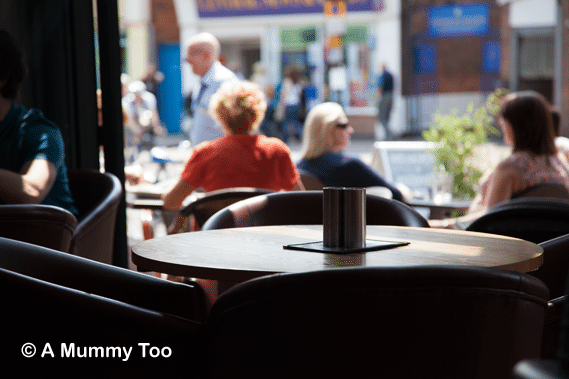 Inside, the decor has seen only a modest re-jig from its previous incarnation. I’m pretty sure these weren’t there before though… 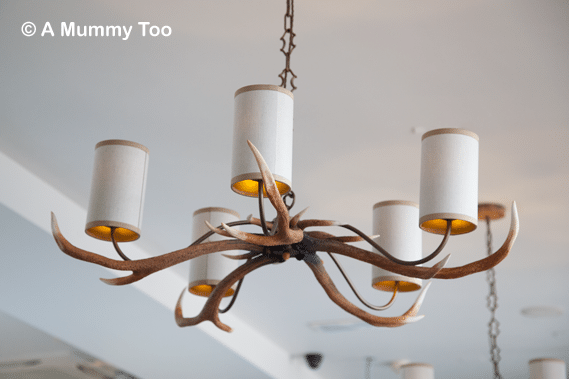 With a name like Mud Crab, I was a little worried the menu would be all seafood, but that’s not the case. The restaurant’s theme is apparently Australian-inspired and feels a little like you’ve climbed off a boat somewhere hot, taken off your backpack and wondered into the nearest cafe.

There’s a good range of food choices, from pizzas and burgers to Moroccan spiced pasta and Lebanese inspired wraps. Oh, and all the portions are HUGE.

I opted for the Falafel Wrap with lavash bread, BBQ peppers and hummus (£7), plus a side of fries (£2). 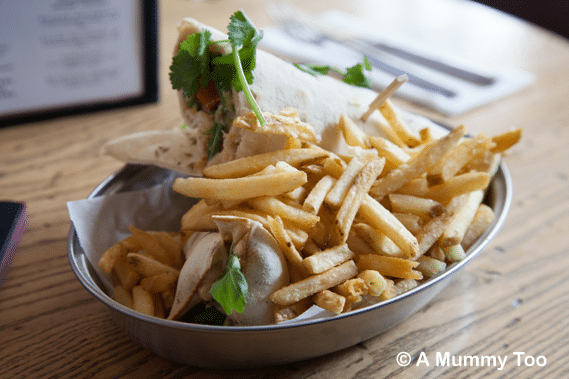 I was really impressed – excellent falafel, peppery rocket, creamy hummus and soft, moreish bread. The fries were crispy and beyond plentiful. There was far too much for me to eat in one sitting, so the waiting staff kindly packaged the other wrap (yes, there were two) for me to take home.

JD opted for pizza (£5.95 from the children’s menu), but didn’t like the sound of pepperoni, so we paid a little extra for a topping of prosciutto and red pepper. 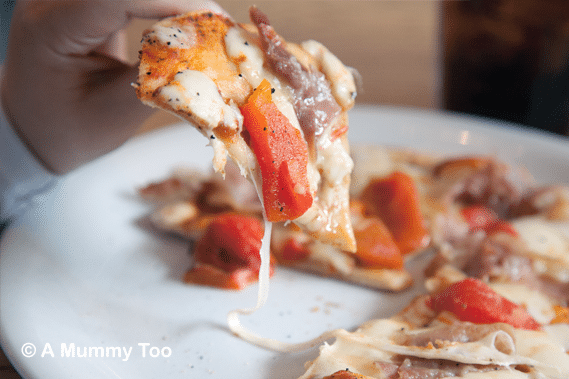 He ate all but one slice, which suggests he was impressed and he reported that it hadn’t changed since the cafe was Felicini’s.

I was far too full for dessert, but JD opted for ice cream, priced at £3.50 for two scoops. He settled on one chocolate scoop, one white chocolate scoop – a good choice, which he polished off rapidly, but not before I’d snuck a tiny taste. 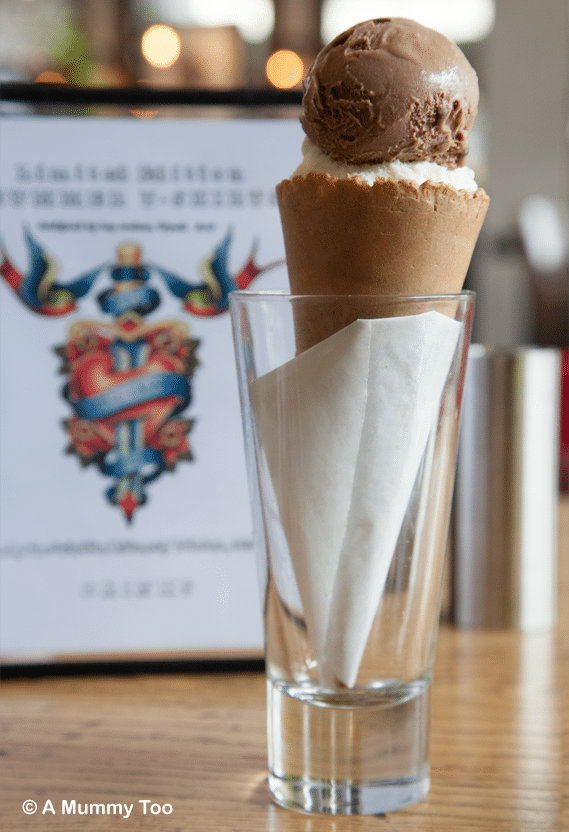 The manager mentioned that it was good quality ice cream and I can believe it, tasting light and creamy and free from the nasty aftertaste you get all too often in modern ice cream.

All in all, the wrap and fries, pizza, two drinks and an ice cream came in just shy of £25 – not at all bad for the portion sizes and food quality. Better still, the atmosphere was bright and airy, the staff were attentive and polite and we didn’t feel rushed. 10/10.

Like this review? We’re making our way round Nottingham and beyond, testing out as many eateries as we can from a family perspective. Stay tuned!