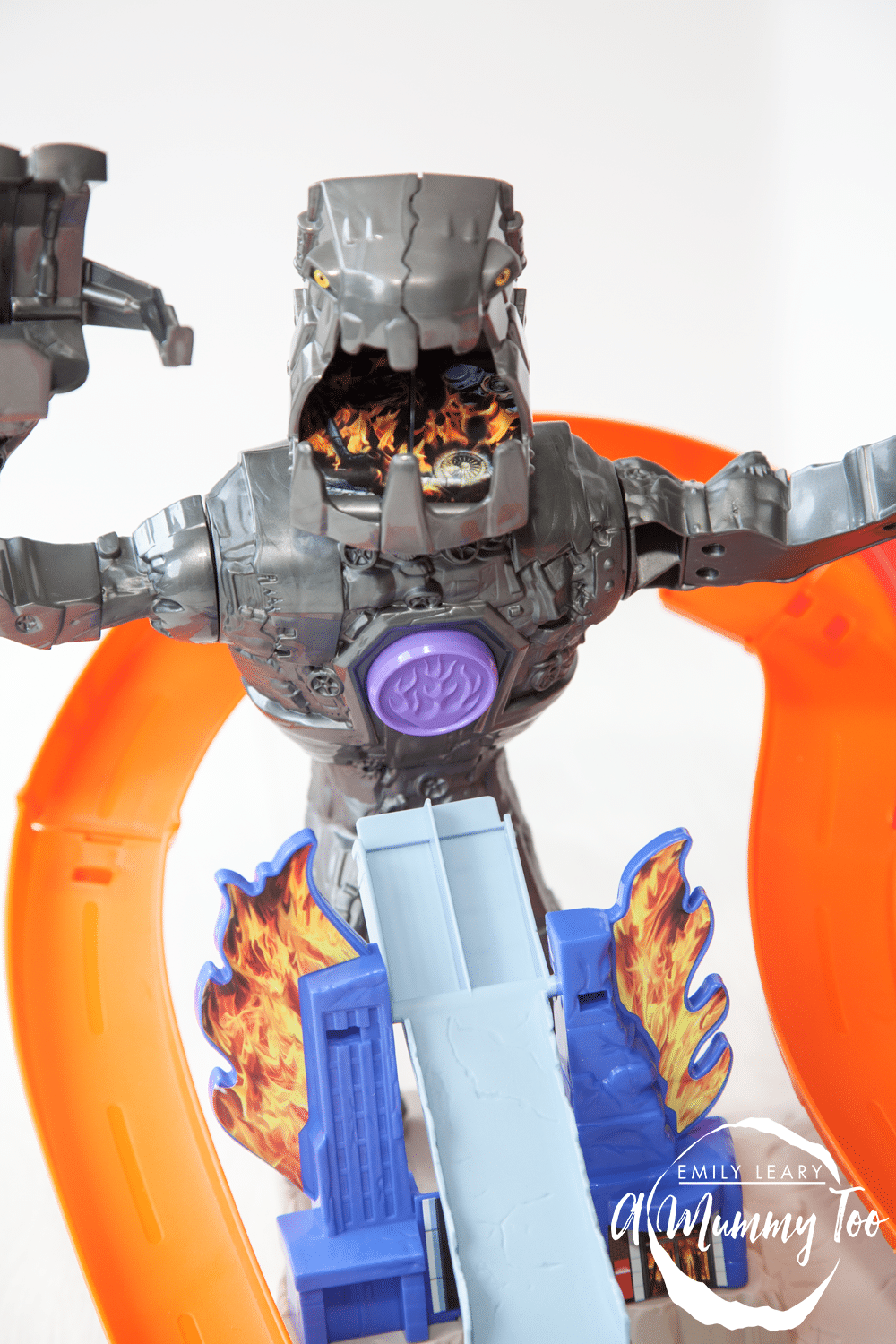 How cool is this Hot Wheels Nitrobot Attack Track Set?

The Nitrobot Attack character is a giant robot made of out of cars. He’s attacking the city and has already captured a car. The name of the game is to take him down before his captures you! 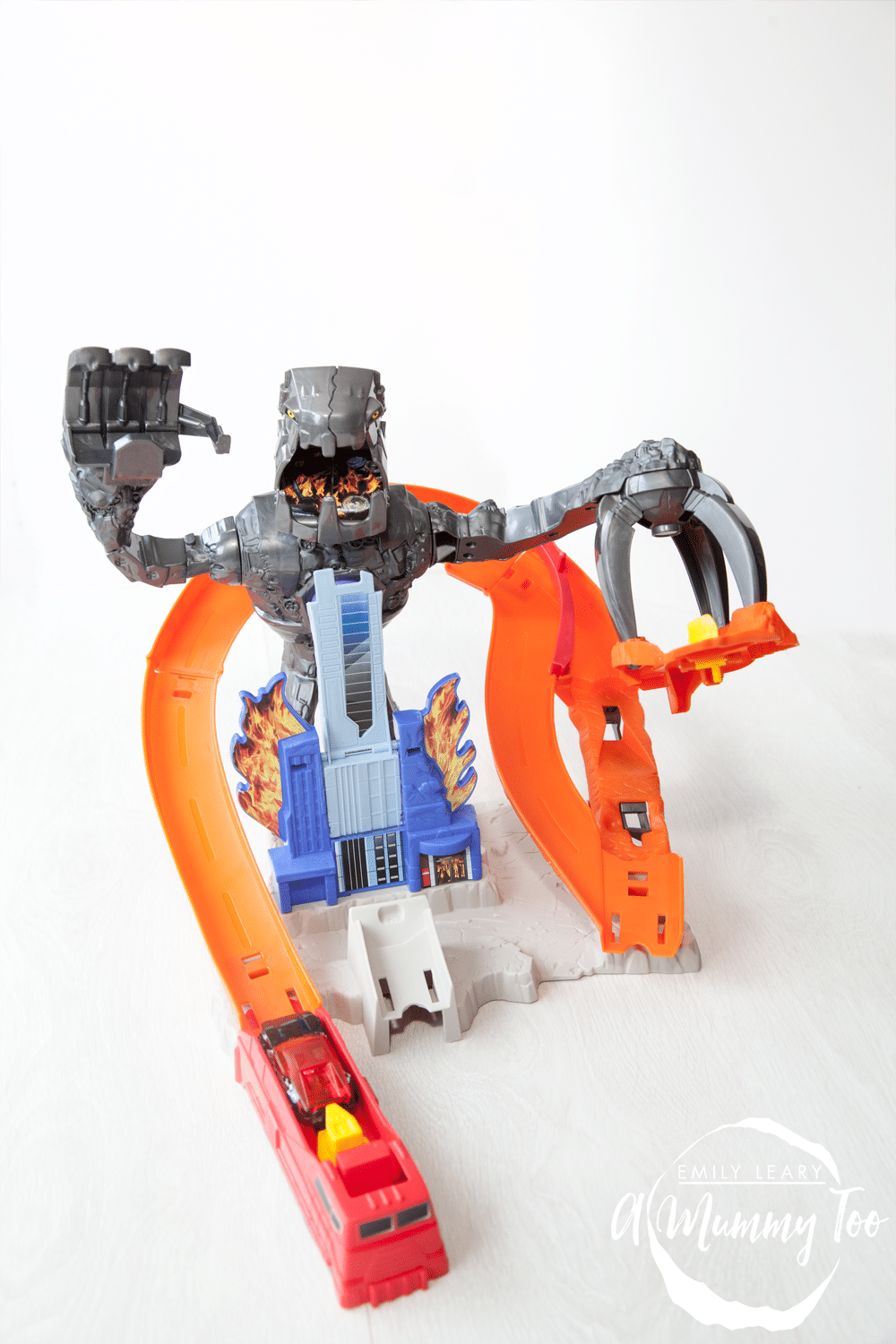 In the usual Hot Wheels style, you can launch cars from multiple positions and in this set, you can rotate the launcher to hone your aim. 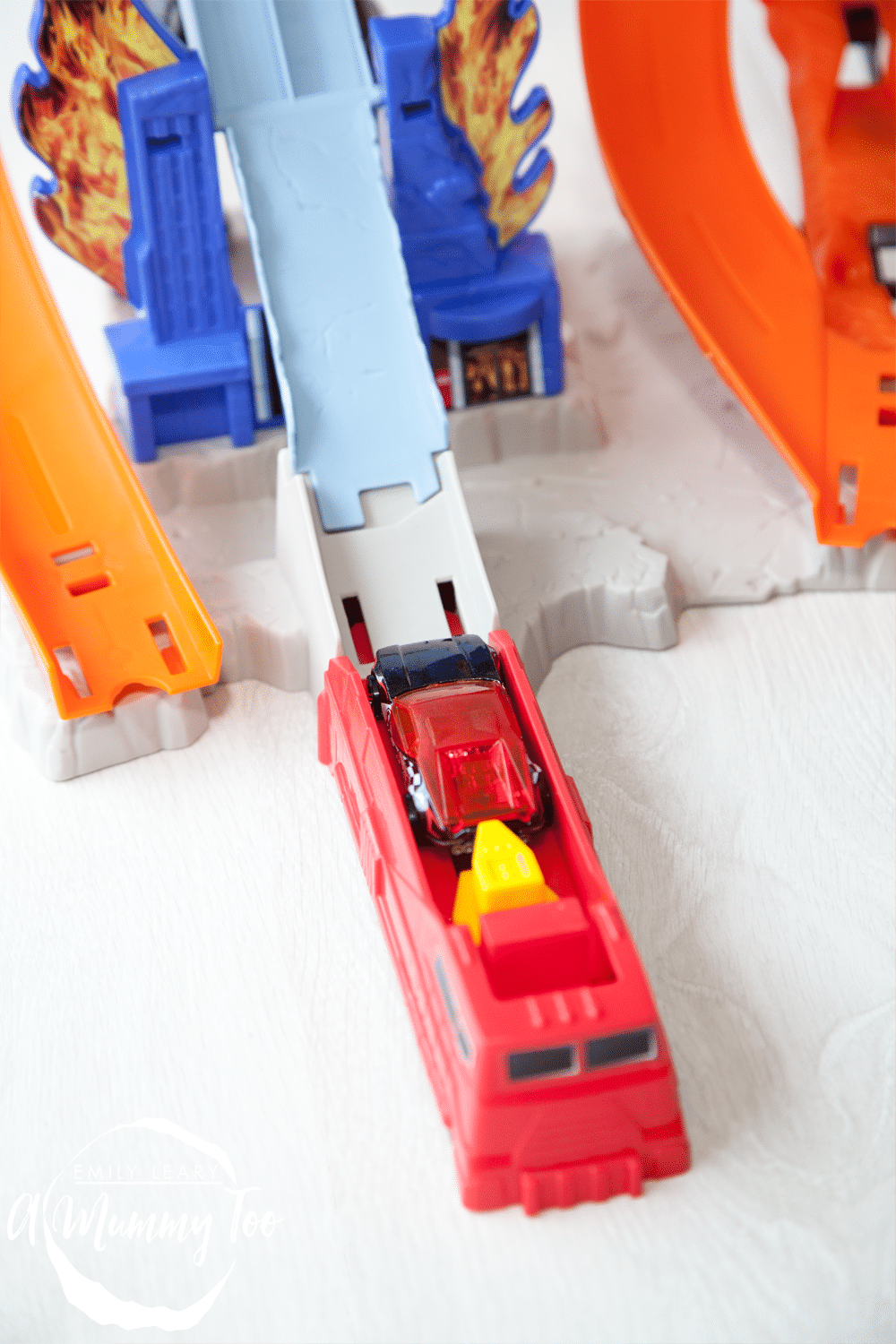 If you score a direct hit, Nitrobot’s head will fly off and his arm will swing down in defeat, releasing the captured car and sending it racing to freedom. 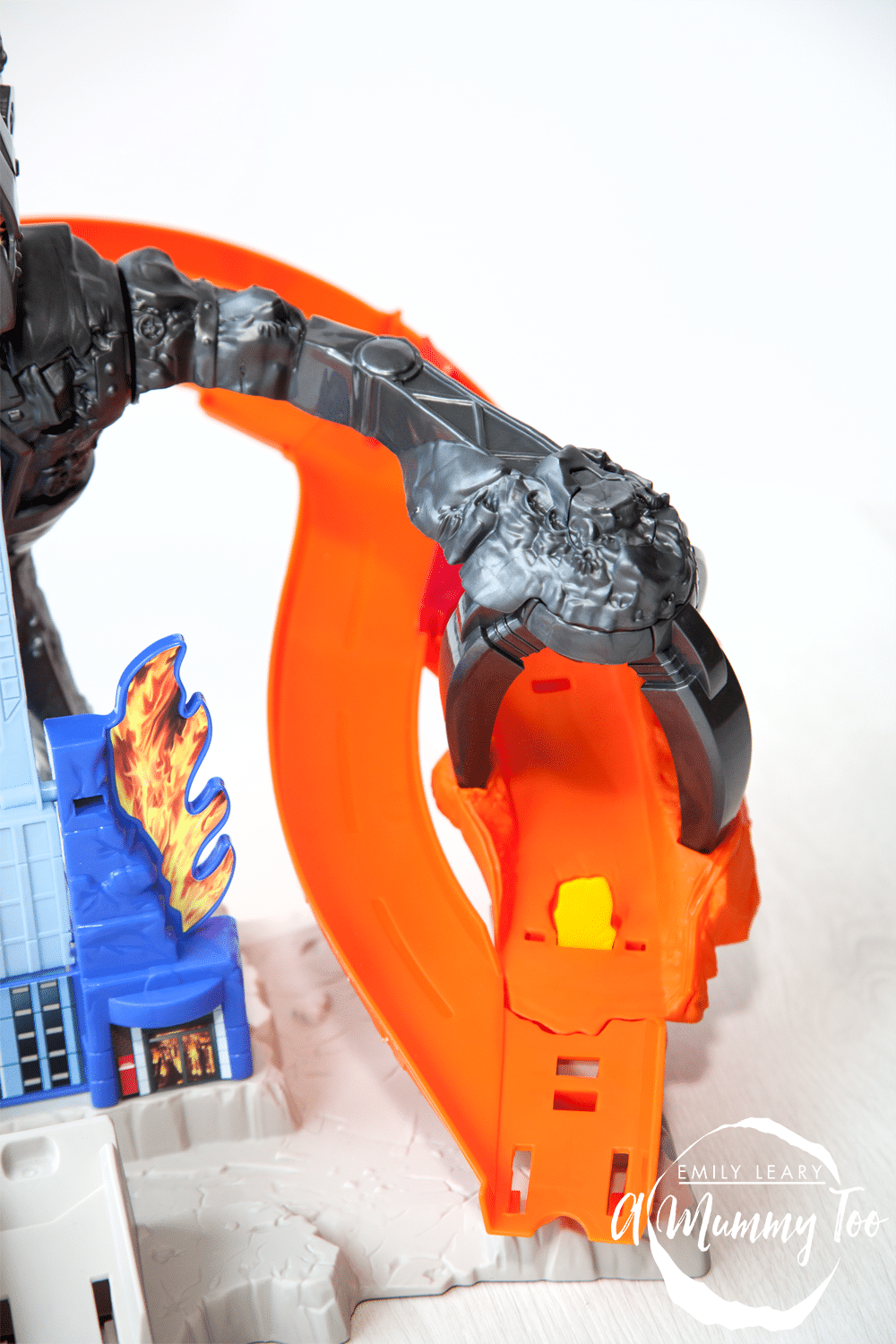 My two are having great fun with this set. They love that there’s a story to the set and have been protecting their Hot Wheels city from Nitrobot since he arrived. 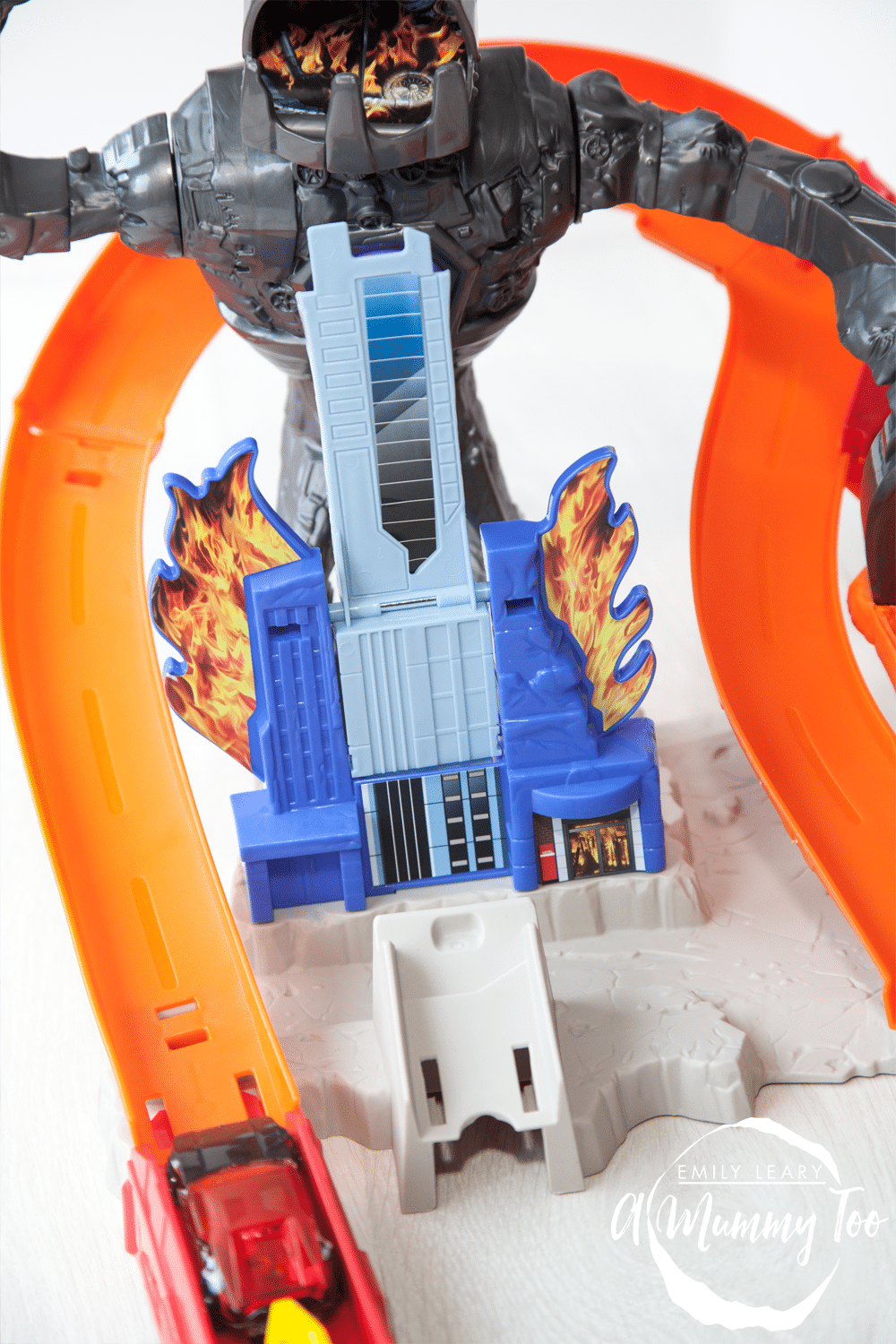 The Hot Wheels Nitrobot Attack Track Set retails at around £29.99 and is suitable for ages 4+. The set includes one die-cast car.