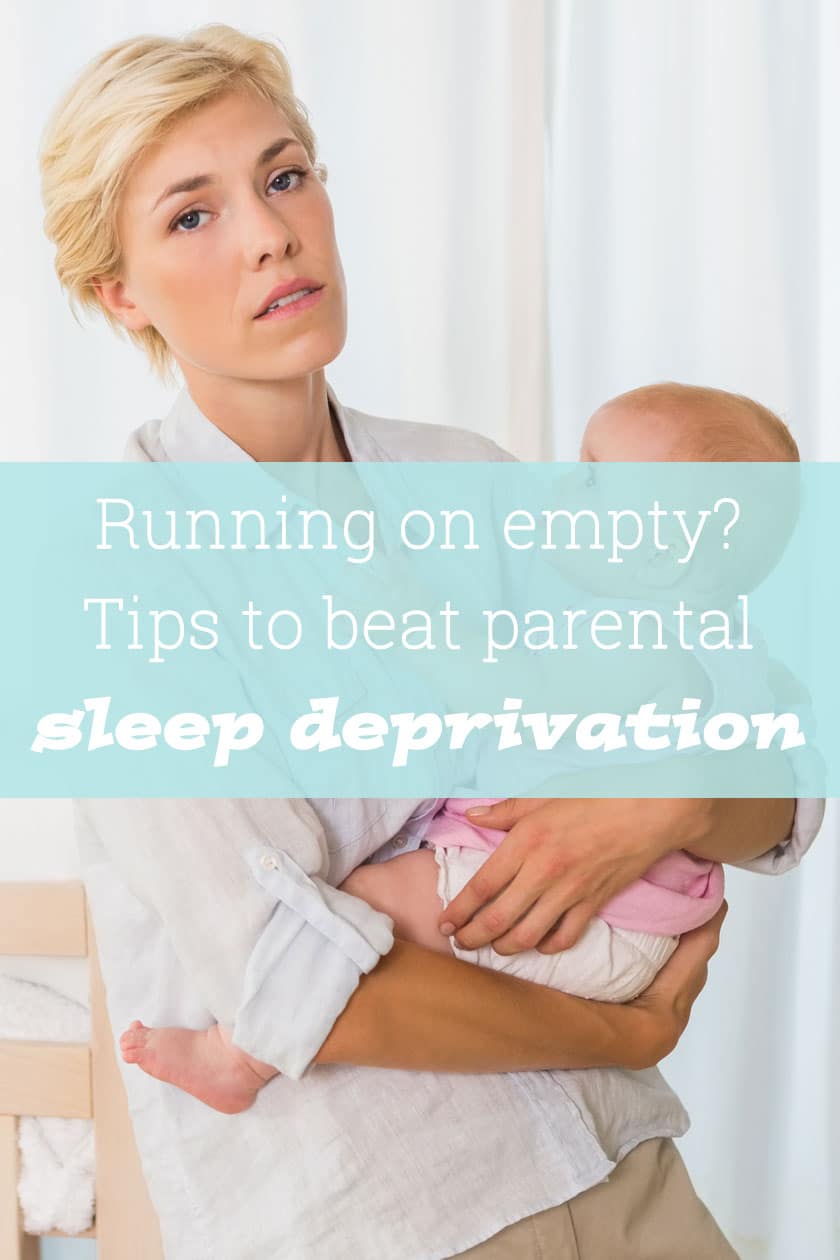 Nothing can truly prepare you for the challenges of parenthood: the overwhelming feelings of love and awe, mixed with worry and uncertainty and making sure you are caring for your new arrival properly.

The exhaustion caused by night after night of disturbed sleep doesn’t help anxiety levels either. We all know that getting up in the middle of the night for feeds or to change dirty nappies is part and parcel of parenting, but I know I'm not alone in finding that, in those early years, you don't get much shut-eye even when you baby is asleep as you are constantly on high alert, listening out for any murmer, cough or cry.

Our bodies need rest and it is not uncommon for new parents to just crash out, sometimes at the most inappropriate of times. Sound familiar?

Here, several new parents share stories about some of the strangest places they have fallen asleep, as well as providing tried and tested tips for getting a good night’s rest.

Jayne Crammond, from the south-east of England, said: “The weirdest place I have ever fallen asleep was at my husband’s hospital bedside - he’d been taken ill on our baby’s first birthday, after a gallbladder attack - I fell asleep as I was talking to him… the only trouble was, I was standing up at the time.”

Jayne’s top tip for sleep-starved parents is the age-old: Sleep when the baby sleeps.

“Everyone tells new parents to do it and they rarely do, choosing to spend their time doing chores or catching up on reading/TV, but napping when the baby naps really is so important and the only way to stay vaguely human,” Jayne said. “Also, accept help when it’s offered. You aren’t a burden and people really do want to help.” 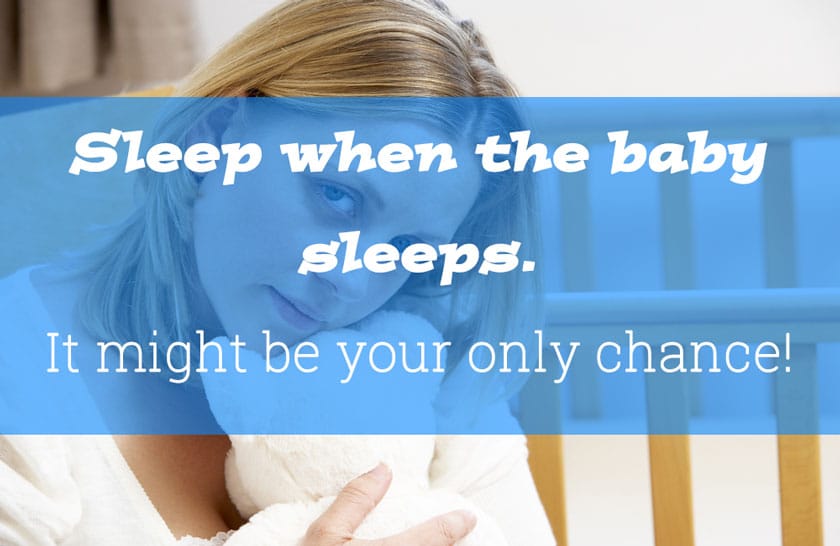 Lucinda Barton, 33 of West Sussex, admitted she fell asleep in a nightclub. “I was on a rare, child-free night out, when I just fell asleep in the middle of the club with music blasting all around me; even sadder, it was only about 9pm!”

Lucinda also advises new parents to sleep when they can. “Ignore the housework, just let it all go and pop your feet up,” she said. 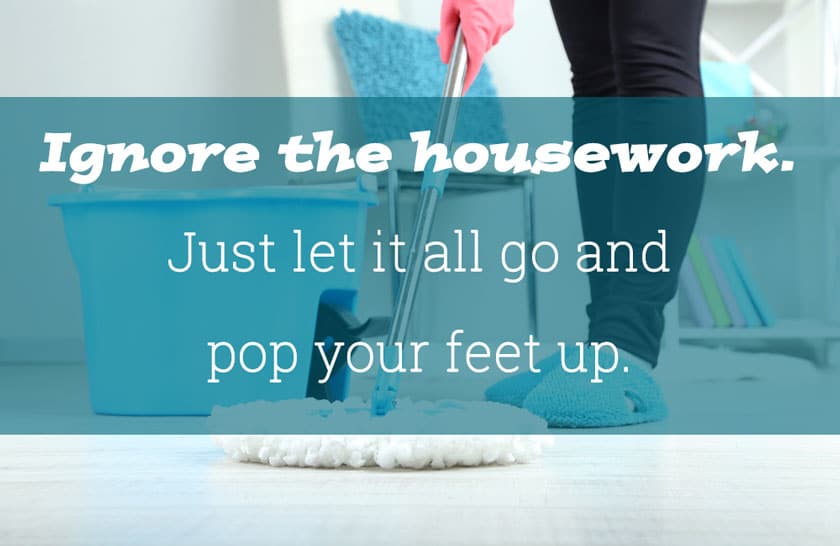 “Once I got the baby to bed, I’d think ‘great, now for a bit of me time,’ and I’d put on the TV to catch up with a soap or drama, but within minutes I was asleep – it was years before I watched something from start to finish!”

Kairen said although she understands why people advise parents to grab some sleep when the baby is sleeping, this never really worked for her as she always had too much to do. Her best tip was to take turns with your partner in doing the night shift
“This worked for us, because it meant you got one whole night’s sleep every other night which was great,” she said. 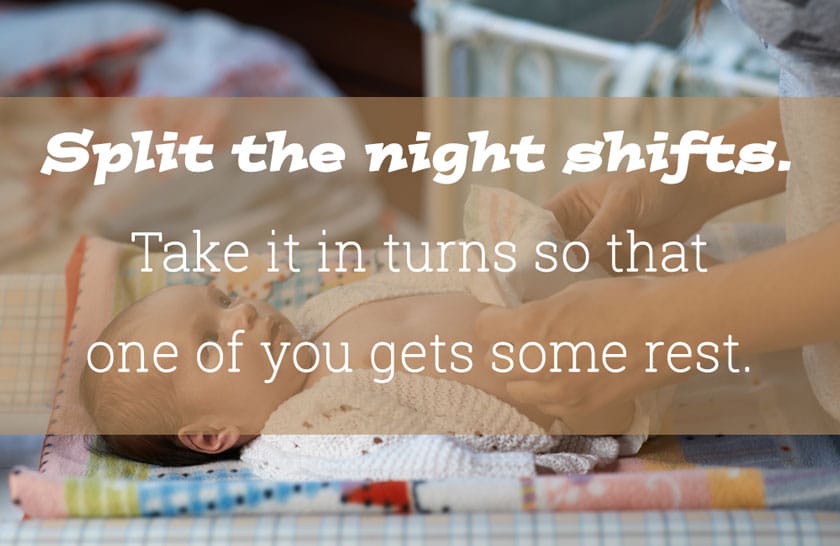 Vicky Charles, 33, from Salisbury, said that her most embarrassing moment was falling asleep mid-conversation, when her sister popped round for a cuppa. “To make matters even worse/funnier, my sister kindly took a photo of me passed out on the sofa and then posted it on Facebook, whilst she made herself a cup of tea and sat watching TV until I woke up! Thank goodness it was my sister, rather than a colleague or friend!”

Vicky said she did follow the advice of sleeping when the baby sleeps, as it was the only way she was able to function. “At first I was horrified, saying ‘but when will I eat, who will clean the kitchen?’ but then I just sort of accepted that given the choice between some sleep and having a clean kitchen, I would always choose the sleep, and deal with the kitchen later.”

And finally, Kate Fever, 31, from Devon, managed to fall asleep in a soft play area she was so sleep deprived. “I was just so tired, I sort of nodded off,” she said.

Kate also said sharing the night feeds with her partner was her solution to sleep shortages: “Even if you are breastfeeding, you can express some milk so Daddy can do the night feeds once a week and allow you to catch up on some sleep.” 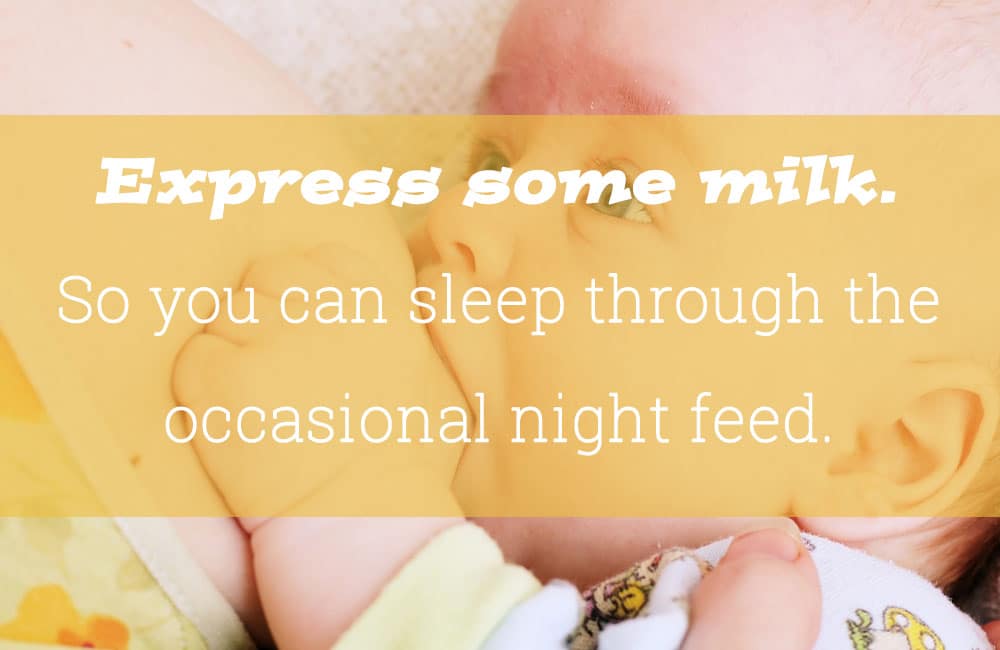 It's clear that sleep deprivation for new parents is common and although there is loads of advice out there about how to get a baby to sleep through the night, we often forget how important it is for adults to get enough sleep too.

As this article on NHS Choices explains, a lack of sleep doesn’t just cause grumpiness, it can also have a profound affect on your physical health; putting you at risk of serious medical conditions such as obesity, heart disease and diabetes.

So what do the experts say about how to get a good night’s sleep?

Kuba Wieczorek, a father of four, and founder of Eve Mattress, a company committed to making sleep better - every day, said: “If you have trouble falling asleep, make sure your environment is suited for sleep. Keep your bedroom cool and dark. Your bed should be a haven, with a warm duvet, plump pillows and a comfortable supportive mattress to help you snatch some quality sleep, whenever you can.

“Avoid nicotine, caffeine and alcohol late in the day or at night. Get regular physical activity — not too close to bedtime, if possible. Also, avoid stimulating light and noise around bedtime. In addition, don't agonise over falling asleep. If you're not nodding off within a reasonable amount of time, get up and do something else until you feel sleepy. Then try going back to bed.

“You’ve read it before, but it really is imperative to sleep when your baby sleeps. Silence your phone, hide the laundry basket and ignore the dishes in the kitchen sink. Calls and chores can wait.”

Despite the lack of sleep, all the mums polled confirmed that they loved being a parent.

Jayne summed it up perfectly saying: “The best thing about being a parent is the little moments – those shared smiles and cuddles that just make your heart want to burst.”

Vicky agreed, adding: “I love getting to watch my daughter learn and grow and change, day by day. Yesterday, as I went out to a meeting she called out ‘I love you mummy!’- that makes any amount of sleep deprivation more than worthwhile.”

For more information about what you can do to get as much sleep as you can, check out some more tips below.