Mark was most pleased with the meaty, chunky result so I think that makes it worth sharing. 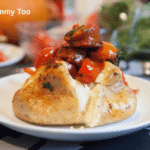 We find that a considerable amount of oil is released from the chorizo during cooking, so you won't need to add any butter to the potato, unless you want to. For an extra treat, try adding cheese and putting the whole thing back in the oven to melt. Delicious!

Jacket potato with cheesy pesto chicken
This jacket potato with cheesy pesto chicken is packed with flavour and incredibly satisfying. The aromatic basil, leafy spinach, garlicky chicken, gooey cheese and earthy potato make for the most divine combination, that is just as good enjoyed on a cold Winter's evening as it is during an al fresco summer lunch.
Get the recipe 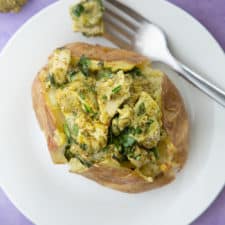 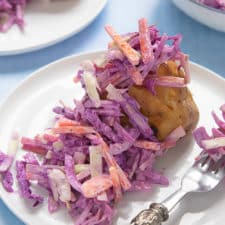 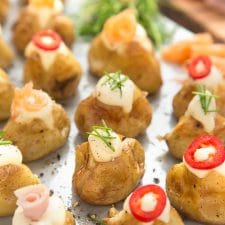 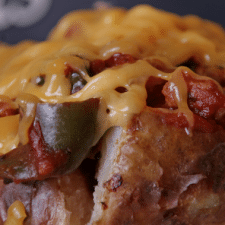 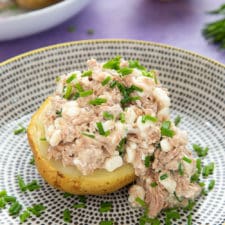 Previous Post: « Vegetarian meatballs in the hole
Next Post: How to line a tin with pastry perfectly, every time - foolproof 4-step method »