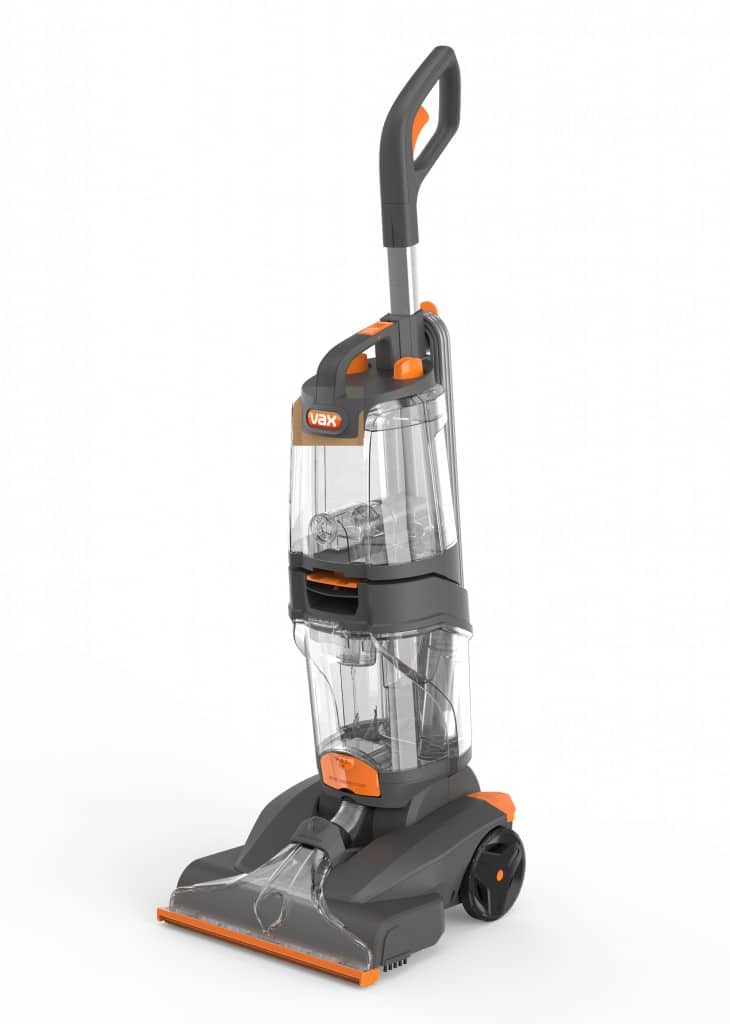 Riddle me this: what happens if you let your kids play pretend baking with flour and water in a mini-mixer on the living room carpet?

Yeah, I think you already know the answer. Eugh. What was I thinking?

And flour and water was the least of our problems. Closer inspection would have revealed a poster paint smudge here and there too, not to mention a swirl of stubborn spaghetti sauce, shoe scuffs, blackcurrant cordial spills and, all in all, a whole host of general grub.

Like many homes, our lounge carpet is a regular casualty of the exploits two adventurous kids. I love that they’re always making, painting, gluing and testing and exploring, but the carpet isn’t such a fan.

Recently, Vax sent over their new Dual Power Pro Carpet Cleaner (current list price £239.99) to kick start our spring cleaning. I got to work pretty much as fast as the delivery driver could say, ‘Sign here’. 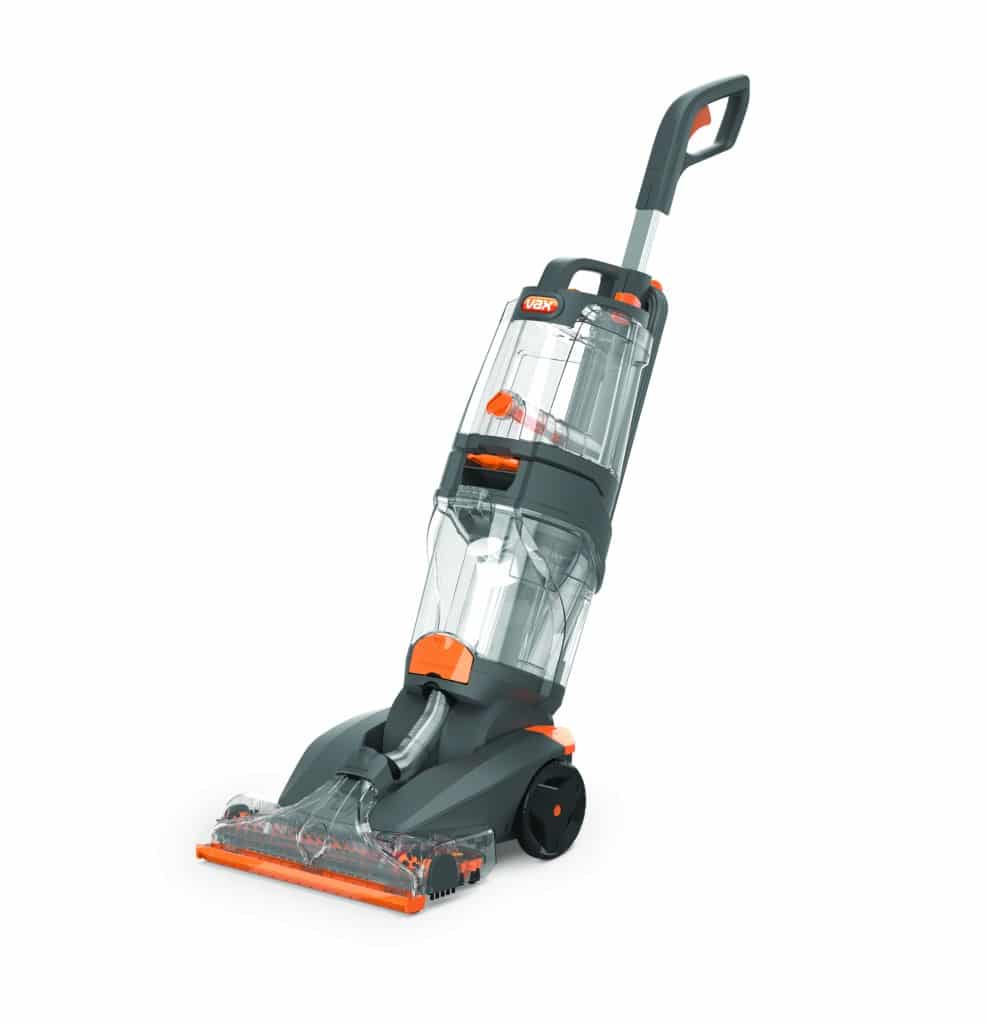 Now I’ve had a carpet cleaner before. A trusty model that lasted 7 years and was pretty good so I know how to use them.

Instructions? Pah! I wanted to get going! Ripping opening the packaging, I found just small number of pieces, quick and easy to assemble in 5 minutes. Everything is labelled on the machine, so it’s hard to go wrong.

The handle locked into place and I filled the drum with water and cleaning fluid in two separate compartments. It was ready to go.

In a separate bag were the accessories (and I love that they come with a storage solution, or I would most certainly lose them) – a hard floor attachment, a hose and two types of handheld brushes – one for tackling corners and stubborn stains and another for cleaning upholstery. 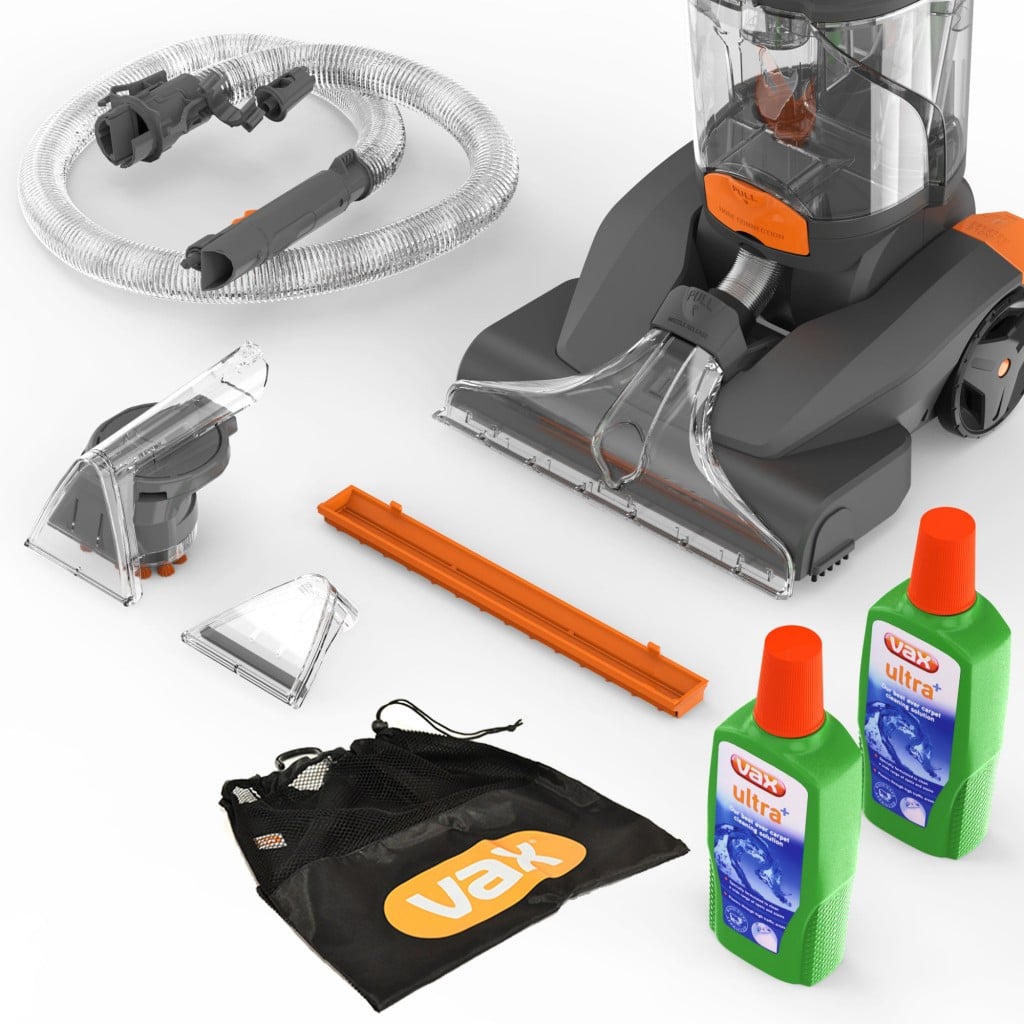 I flipped impatiently (and belatedly) to the pages in the manual which showed me where the detergent and water needed to go, just to make sure I hadn’t made any glaring errors. I hadn’t, and so we were off.

Like with other machines I’ve used, there’s a trigger inside the curve of the handle which releases the cleaning fluid and water mix. Unlike other machines, the Vax mixes up the solution as you go for a perfect balance of water and cleaning fluid. Clever.

It took me about 15 minutes to do our living room carpet, focussing on the main, heavy traffic area that plays home to most of the toys, TV and tantrums, as the kids played over at the dining table end of the room.

My old machine had a roller, a bit like the kind you use to paint walls. This one has brushes that rotate and scrub the carpet clean – it definitely gets deep into the pile and lifts out deep grey water. Ick. 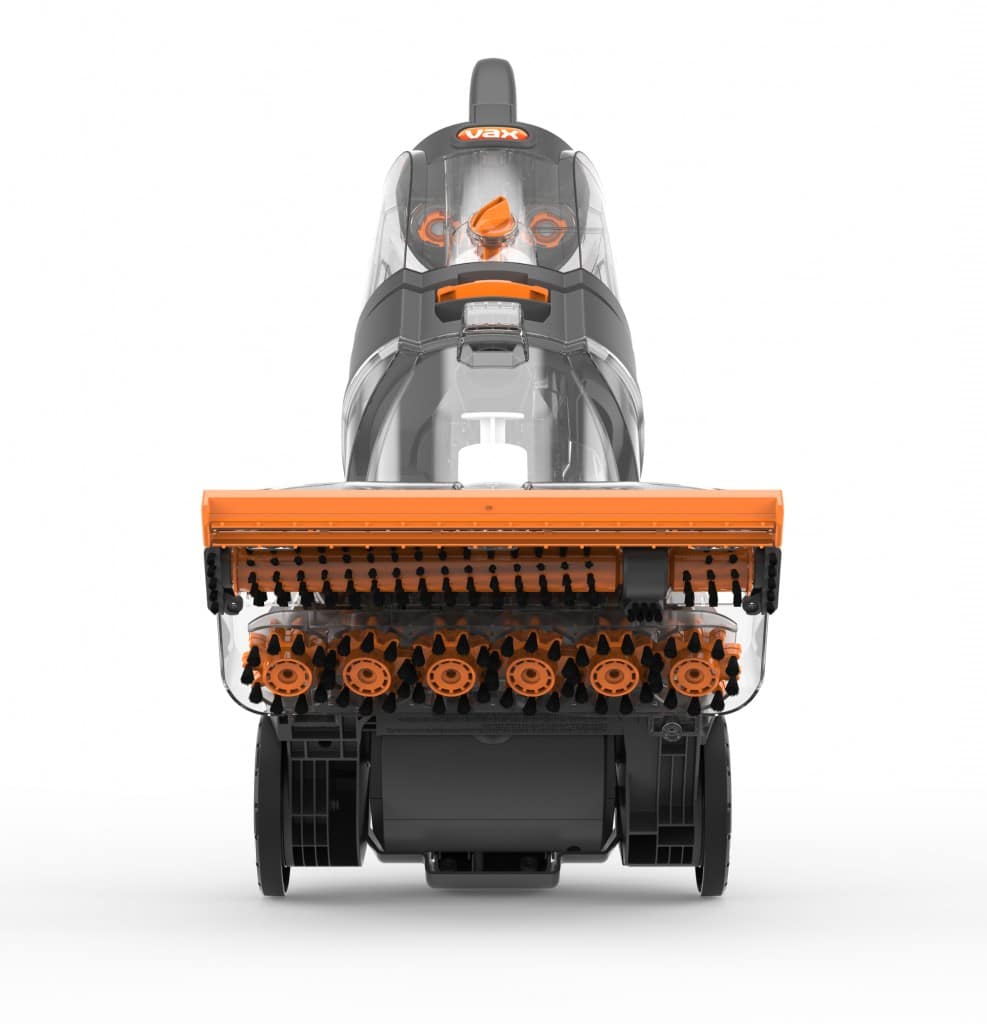 It isn’t heavy to use and because you can see it sucking up the dirty water as you go, it’s actually quite fun and I was soon whizzing up and down triumphantly. It is pretty noisy, but that’s ok since you won’t be using it every day.

I was a little worried at first that the carpet seemed very wet and wouldn’t dry out for days, but as you run the Vax back over, it rapidly sucks up the excess moisture and by the end, most of the water was gone and within 30 minutes, the carpet was fine to walk on.

There are a couple of patches where the floorboards dip slightly, so they stayed damp a little longer than the rest of the floor, but you can’t tell now.

It took a few hours to feel completely dry, and as it dried, the colour returned to normal and it was clear what a great job the Vax had done. It looks so much better! To be fair, that carpet hasn’t been shampooed since December 2013 (don’t judge me!) and I had forgotten how great it can look, but even so, I’m genuinely impressed.

It smells great too, no wet dog smell during or after, so it’s clearly much fresher, although the extremely grubby water that collected in the tank at the base of the machine is testament to that.

After one use, I was already completely delighted, so decided I’d use the Vax to try to restore Miss J’s little rug to its former glory. At first I wondered if I could just whizz over the rug a couple of times with the main cleaner but that’s not a good idea as a) it gets all the carpet around it wet and b) it chews up the edges of the rug into the brush, which didn’t cause any damage, luckily, but was enough to tell me to do things properly.

For the rug, then, I used the SpinScrub brush, which attaches to the front of the machine and has its own trigger for spraying the solution. At first, although the brush was spinning nicely, I couldn’t get any liquid to come out, but after a quick call to the helpline I figured out that it isn’t enough to push the brush hose into the machine until it clicks, you actually need to keep pushing, firmly until it’s fully into place.

Here’s a before and after shot of the rug. 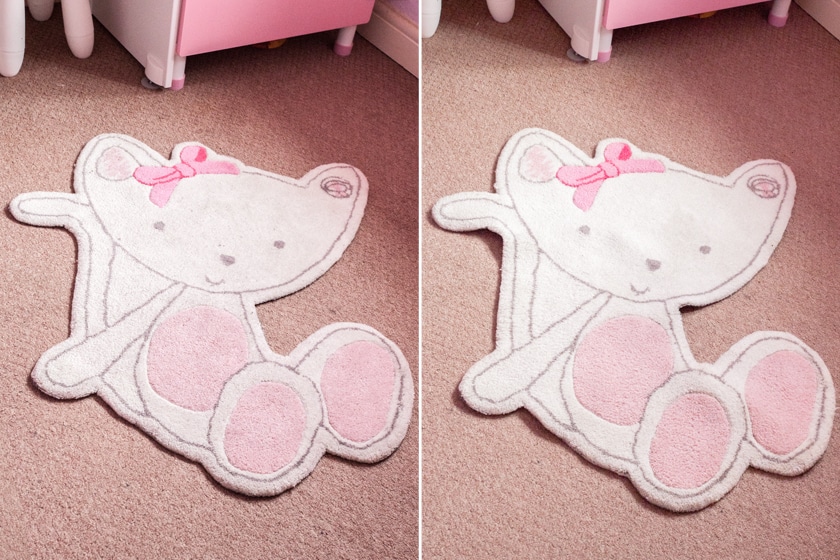 When new, Miss J’s rug was a creamy colour but had in recent months begun to look a bit grubby-beige as shown on the left. After a scrub, it’s much brighter and fresher looking, although I’m not sure you can tell from the pic on the right.

Another learning point: I probably shouldn’t have put the rug over a chair to dry as there’s a bit of a kink in it now (see under the kitty’s nose?) but that’ll settle out in a few days. Overall, it was well worth the few minutes of effort it took to get this rug back to its former glory.

So those are my experiences with the Vax Dual Power Pro Carpet Cleaner so far. We’ve yet to try the upholstery attachment. If you have any questions, just leave them in the comments!

We were sent the Vax for review. Images via VAX.