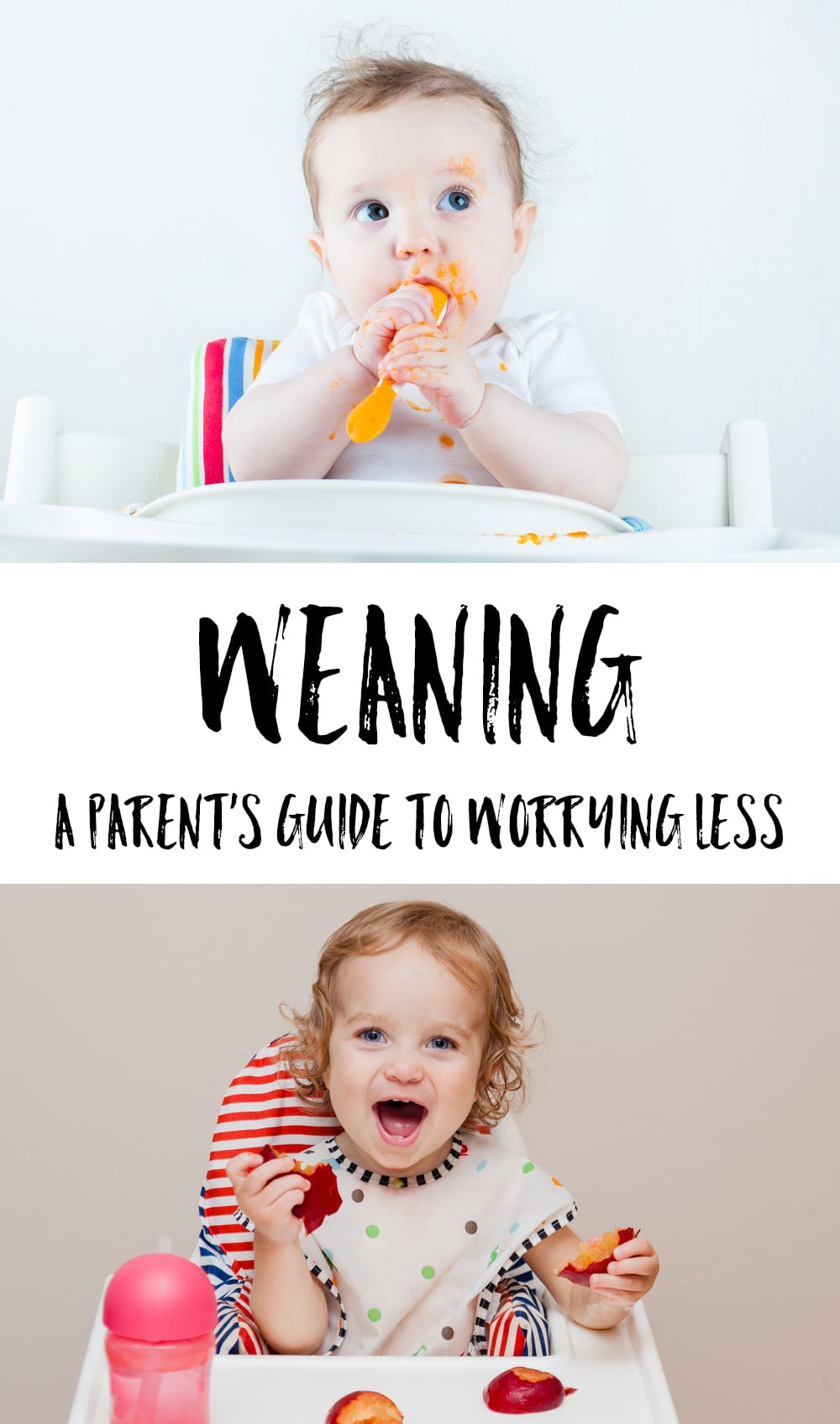 Weaning your baby is a pretty full-on experience. It can be daunting, fun, challenging, rewarding, and very messy, all at the same time. Whether weaning is on the horizon for your baby, or you’re in the thick of it already with purée in your hair, it’s absolutely natural to have lots of questions - and maybe also a few doubts about your ability to navigate the process smoothly.

Before I started weaning my first child, JD, I was a little nervous and unsure what the ‘rules’ were. JD had quite severe reflux as a newborn and 'failed to thrive' (a scary term for not gaining weight) on breastmilk alone. It was clear by about 5 months that even my milk plus a formula top up just wasn’t filling them up anymore. For the last few weeks I was really looking forward to getting started with his first tastes of food, and hoping it would plump them up a bit.

I only bought one book on weaning, and that was Annabel Karmel's Complete Baby & Toddler Meal Planner, on the recommendation of my mum (she successfully raised four of us, so I figure she knows her stuff). I refused to get bogged down in everyone else's advice an opinions, so I say, pick a trusted source or two and then just nod and smile at everyone else while sticking to your guns - you're the parent, you know best.

I know some people go straight for chunks of soft food, but I liked the sound of starting super slow and safe with baby rice mixed with breastmilk, and then moving on to purées, so that's what we did. The little one ate every drop of the first baby rice I gave them, in fact they wailed for more but the book said to start with tiny amounts so I followed it to the letter, but felt so mean! You build it up spoon by spoon for a few days, and every day, I could see them getting calmer - they were hungry!

Purées were really easy to introduce after that. JD loved them and ate pretty much any fruit or veg that was cooked down that way.

I was keen on home cooking his food for the most part- it's generally more affordable, and tends to have a better nutritional value and less unnecessary ‘junk’.

Pouches, jars and the art of moderation

However, while home cooking was our default, we did use jars and pouches sometimes when out and about. The kids were particularly keen on fruit puree pouches, which were a great way to provide a healthy snack in a hurry, with minimal mess.

As they moved on to solid foods, snacks became a constant consideration - babies and toddlers are always hungry - or at least, mine were!

Convenience during this phases was important, I wasn't about to throw a packet of crisps in the pram, but equally I didn't always have time to cook up something healthy from scrate.

There are lots of snack products out there for babies, it can be tricky navigating those ingredients labels to find something that isn’t full of artificial nasties. I bought Organix snacks for both my kids, because they can be eaten on the go and we could be sure there was nothing surprising in them, just good, organic ingredients.

Moving on to chewables

When we moved on from purees, I tried to introduce very finely chopped veg and JD hated it. I realised eventually that it was much better for them to have bigger chunks to gum at than the frankly odd texture of finely diced meals - they’re just weird!

Snack-wise, Organix Soft Oaty Bars and Crunchy Sweetcorn Rings were some of the first properly textured things JD would eat and I always had a few packs in my bag.

When baby's tastes join the family

As your babies get older, I think you pretty quickly realise that they want food that tastes nice and has a nice texture, just like adults do. It’s not long at all before you can make meals that the whole family enjoys, simply cutting out salt and overly spiced options is almost all there is too it.

When it all goes wrong

Have I made it sound like plain sailing? I apologise, it can be a nightmare. You will have food thrown at you, you will have your baby retch at a meal they happily ate the day before. That's normal but it's also just a phase and before you know it, it's over, so hang in there.

Oh and you'll make mistakes. That finely chopped veg I mentioned? Before I realised it was a stupid idea anyway, I took AGES dicing carrots into half centimetre pieces. A hellish job, especially if you’re a new mum in a tiny kitchen with a blunt knife you’ve had for years.

Anyway, while JD was napping, I got that laborious task done, put them on the stove with some water and set them to cook on low, smugly thinking that I’d have a huge batch I could freeze and use in meals over the coming weeks.

That’s when JD woke up and wanted a long feed, meaning I completely forgot about the carrots. I came back to the kitchen to find them welded to the bottom of the pan. Even the ones on top that weren’t black tasted horrendous so I had to chuck the whole lot away. I can't recall if I wept. I probably did. I think all us parents have got a few stories like that to tell!

Sure, you don't want a million backseat parents telling you how to look after your own child, but a support system of fellow parents who are happy to listen to your weaning woes and maybe offer an idea or two when invited is a fabulous thing.

When weaning wasn't going too smoothly, I turned to other parents who have already been through the weaning process and emerged on the other side. I moaned, I laughed, I found out they'd all been there before, and I got on with it.

Don't forget you can also call on the guidance of your health visitor. From a ‘bigger picture’ point of view, it can give you that all-important perspective on the overall goal of helping your baby take those first steps into a positive relationship with food. It also gives you a stash of tips, tricks and ideas which you can call upon when things inevitably don’t go to plan.

It’s far too easy to get terribly serious about weaning - after all, it can feel like such a big responsibility - but sometimes turning the whole thing into a game will engage your baby far more readily, and make them much more likely to try new tastes.

Simple games like building a tower out of rice cakes, making simple shapes from foods like raisins or peas, and getting hands-on squeezing the juice from fruit. You can also try offering rejected food in a different environment, such as the supermarket trolley - sometimes babies are just a bit bored with eating in the same room all the time!

Weaning can feel like a very confusing and complicated stage in your baby’s development, but really it’s simply about encouraging a love of good, healthy food from those very first flavour experiences.

Have a little self-belief and persevere with that yummy, home cooked family food. You'll get there!