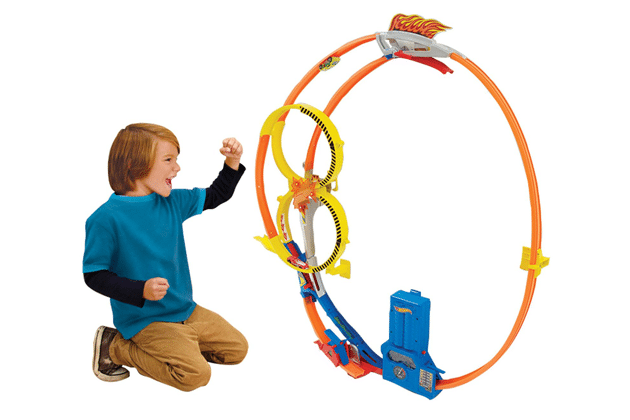 If your kids like Hot Wheels, they’ll be pretty darn impressed with the chases they can have on this Hot Wheels Super Loop Chase Race Trackset (RRP £44.99), which has a huge three foot loop that sees cars race round, round and upside down. 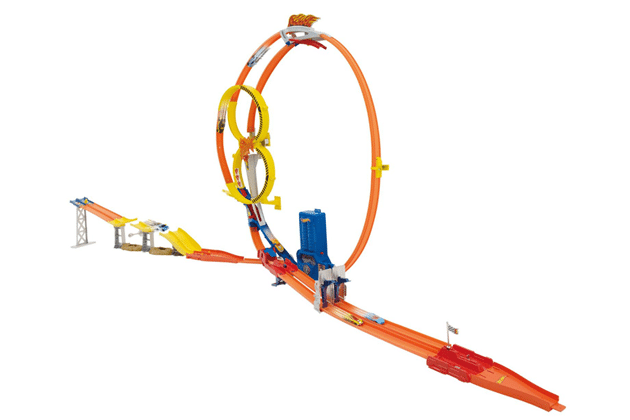 Putting it together is a BIG task – there are loads of piece and the instructions are complicated, so expect to spend some time on getting this set up. I found it fiddly and it took me almost an hour.

You’ll also find that this is not a small set. You’ll need a large area to put this track up but once it’s in place, it’s fitted close to the wall, so doesn’t really get in the way. There’s no danger of damaging your interiors as the kit comes with removable 3M Command Strips to secure the track to the wall safely and without leaving a mark. 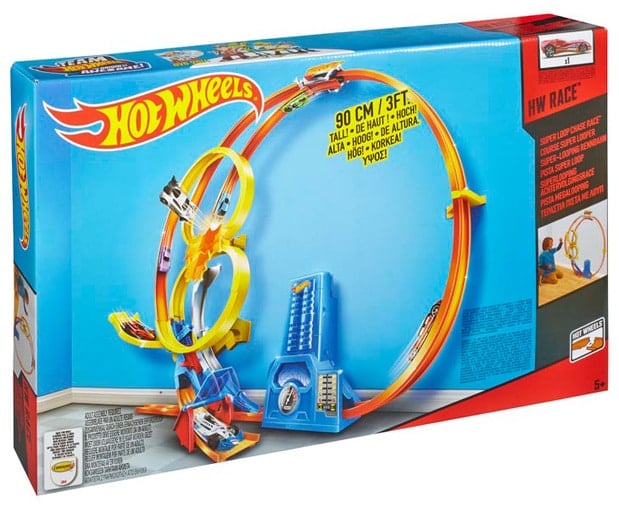 Once you’re all ready to go, a battery powered section decorated with cool-looking stickers launches the cars at top speed around the track. And I do mean TOP SPEED! The cars move so fast you can hardly see them, which is probably why it only works with the lightest type of Hot Wheels car – heavier ones at that speed would be lethatl!

A looped shortcut also features, so if you’re racing more than one car and they try to take the shortcut at the same time, you could send your racers flying dramatically off of the set, but that’s part of the fun, apparently.

Be warned – you only get one car in the kit and the whole thing is pretty noisy with the electric motor running and the cars clacking, but it IS fun, and if the kids have more Hot Wheels set lying around, you can attach those too to create an even more dramatic set.

If you’d like a chance to win a set just like it – hurry! Just complete the widget below:

Hotwheels provided both sets for review and giveaway. Images via Hot Wheels.